McDonald’s has 39,000 outlets in over 119 countries, With time, it has seen some changes. Compare the outlets that you see today with the pictures of the McDonald’s outlets from the 80s and the 90s. Some of these changes are more modern, but you will surely be left with some feeling of nostalgia over the past. 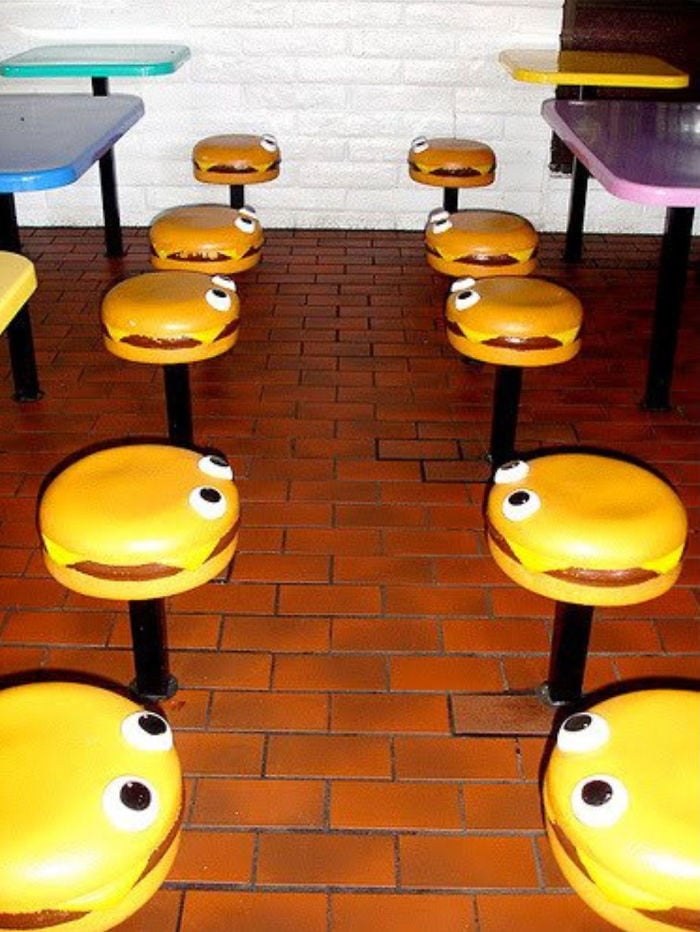 Surely if you had visited the outlets back then, you would remember the chairs shaped like hamburgers. They were a lot of fun since you could just spin around endlessly on the chairs while relishing every little flavor in the food. Happier times! 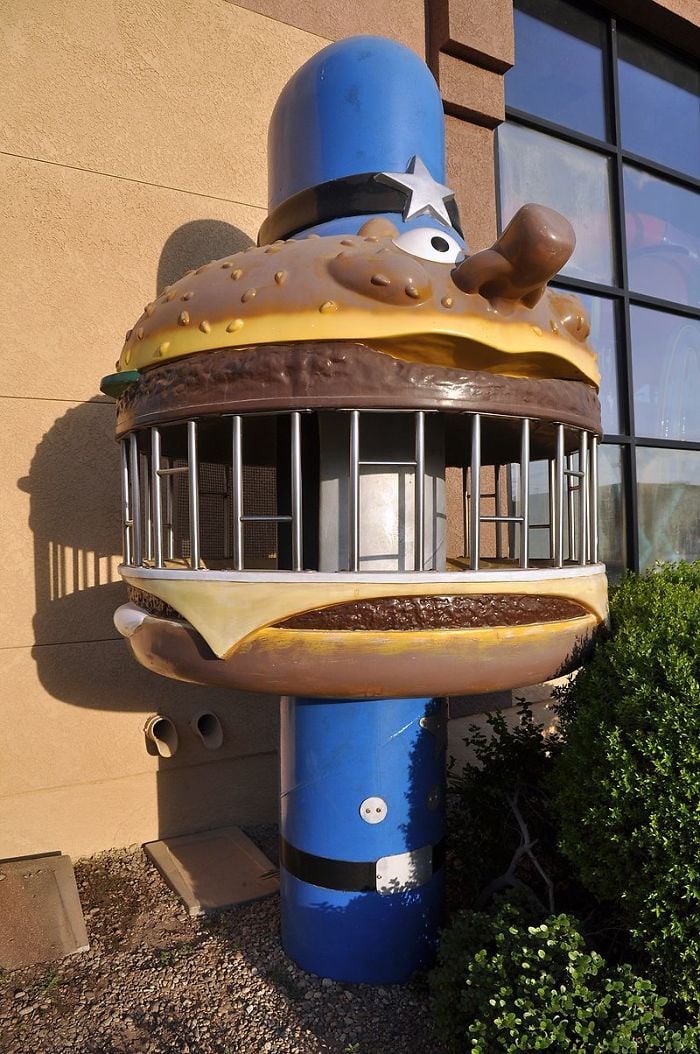 The irony here is that back then, eating McDonald’s as often as people did was a sort of prison sentence. There wasn’t the same nutritional information available back then as there is now. So we ate the burgers willingly, without realizing the harm that we were causing our bodies. 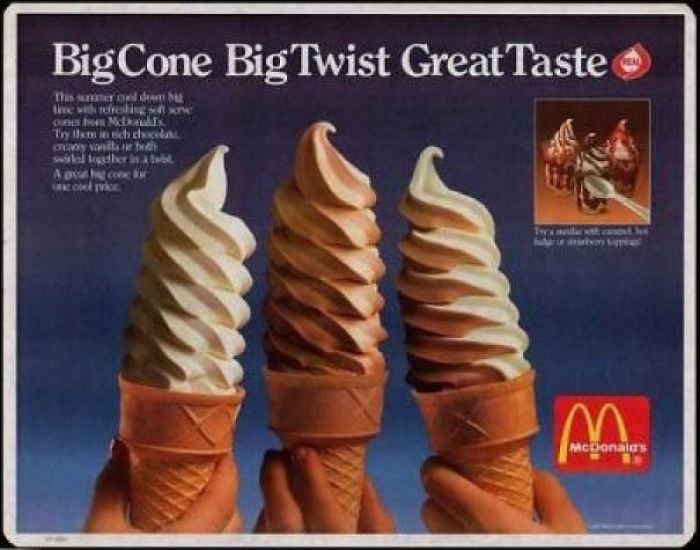 I have to admit, this one was hard to say no to. It was incredibly cheap, very delicious, and always hit the spot. I can remember a few hot days at the drive-thru with my family in the ’90s. These were some of the delicacies that your parents would say they would buy you if you behaved properly. 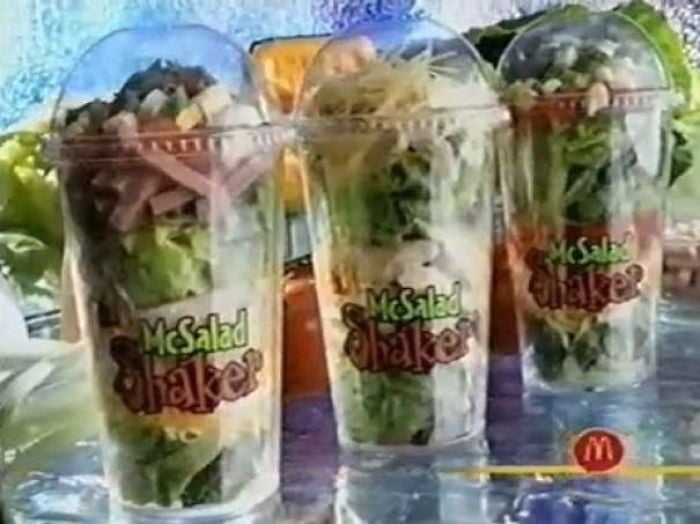 I believe this was McDonald’s first attempt at putting something healthy on the menu. Unfortunately, when you added up all the calories from the dressing and the toppings, it really wasn’t healthy at all. Good try Ronald. 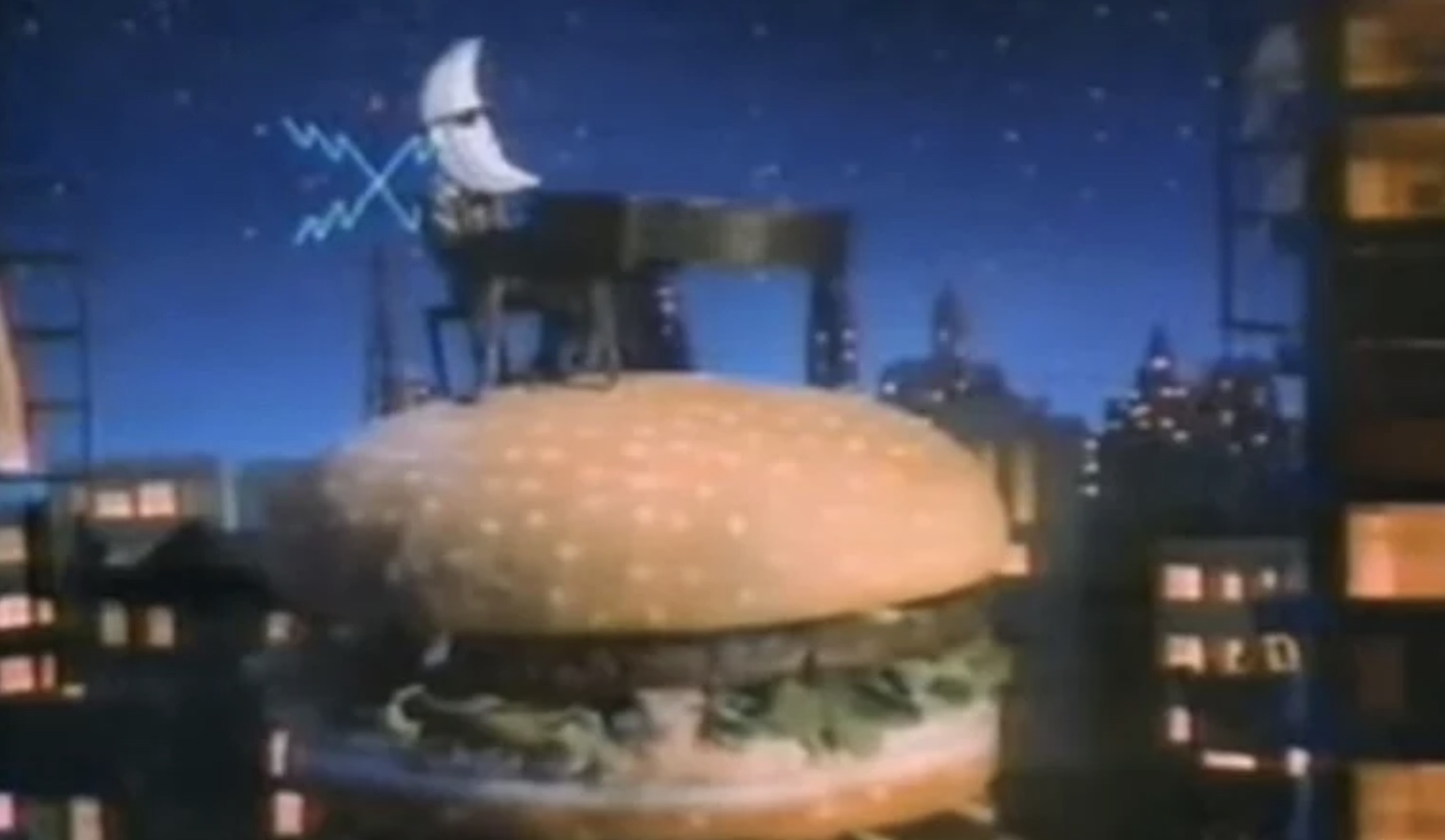 This is surely going to bring back a lot of nostalgia. We remember sitting down in front of the television and waiting for the commercials just so that we could watch the Mac Tonight commercial. We are also sure that you would just start singing along with the commercial if it airs again. 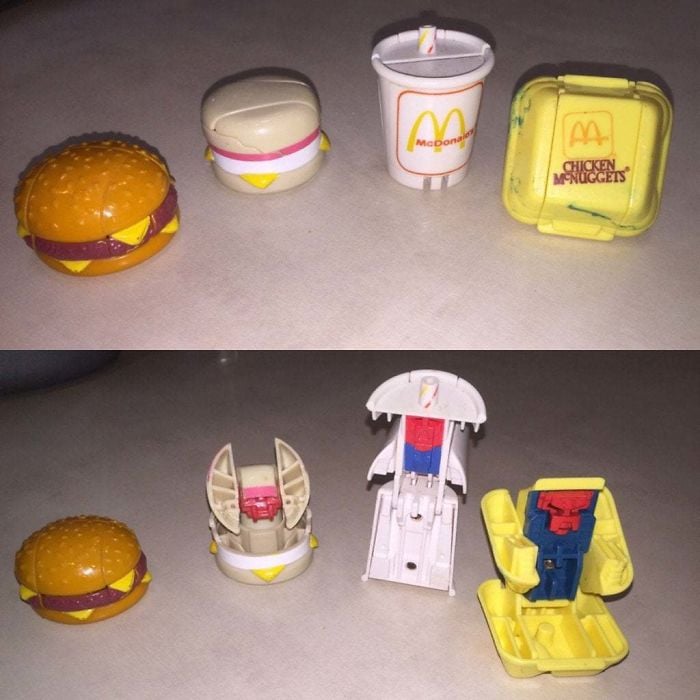 Once again, I think that these transformer toys from the ’80s were the coolest toys that ever came in a happy meal. They were something you could take home and play with again and again. And no doubt you wanted to try and get every single one if you could. 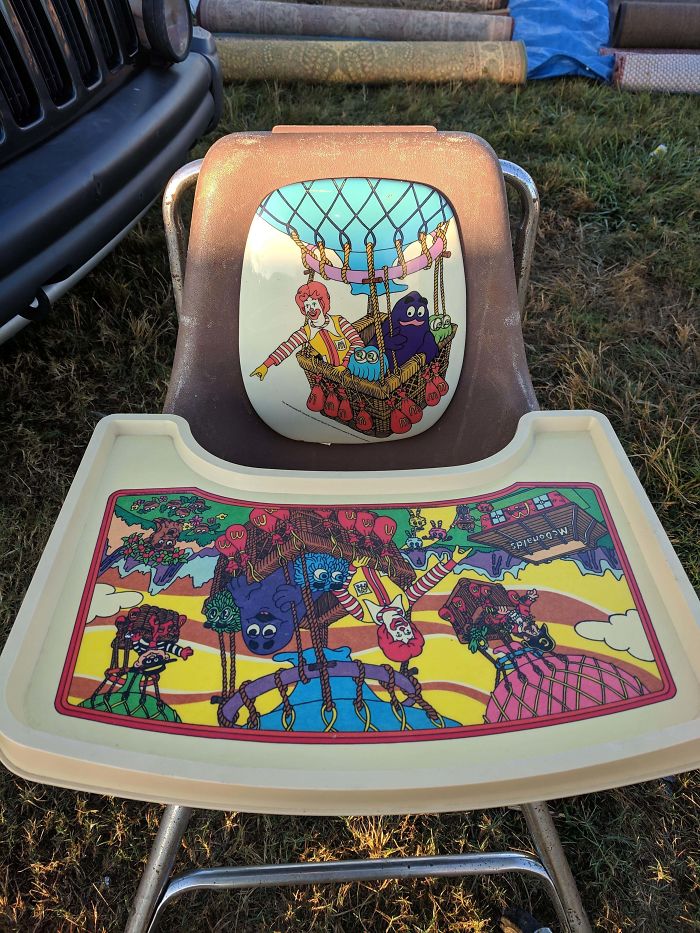 No child was too young for McDonald’s to market to. The sooner they could get you hooked on their food the better. This highchair from the ’90s says it all. After all, why should adults be dining on Happy Meals when babies could enjoy them too? 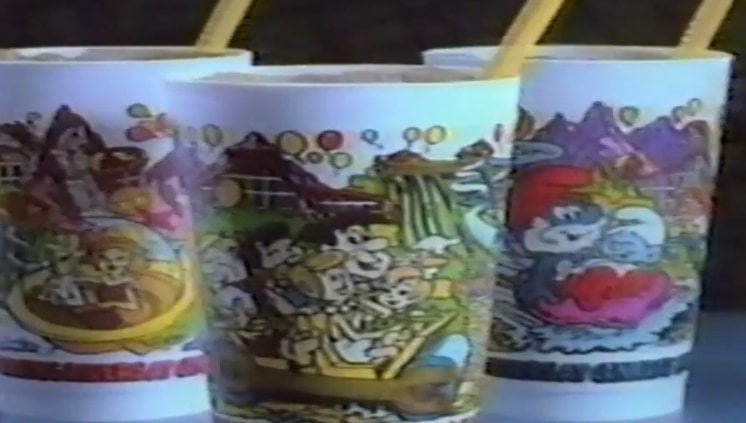 McDonald’s may have been ahead of the curve when it came to reusable cups. Fast food joints are known to be extremely wasteful with all of their single-use containers. If only Mickey D’s had continued this trend. 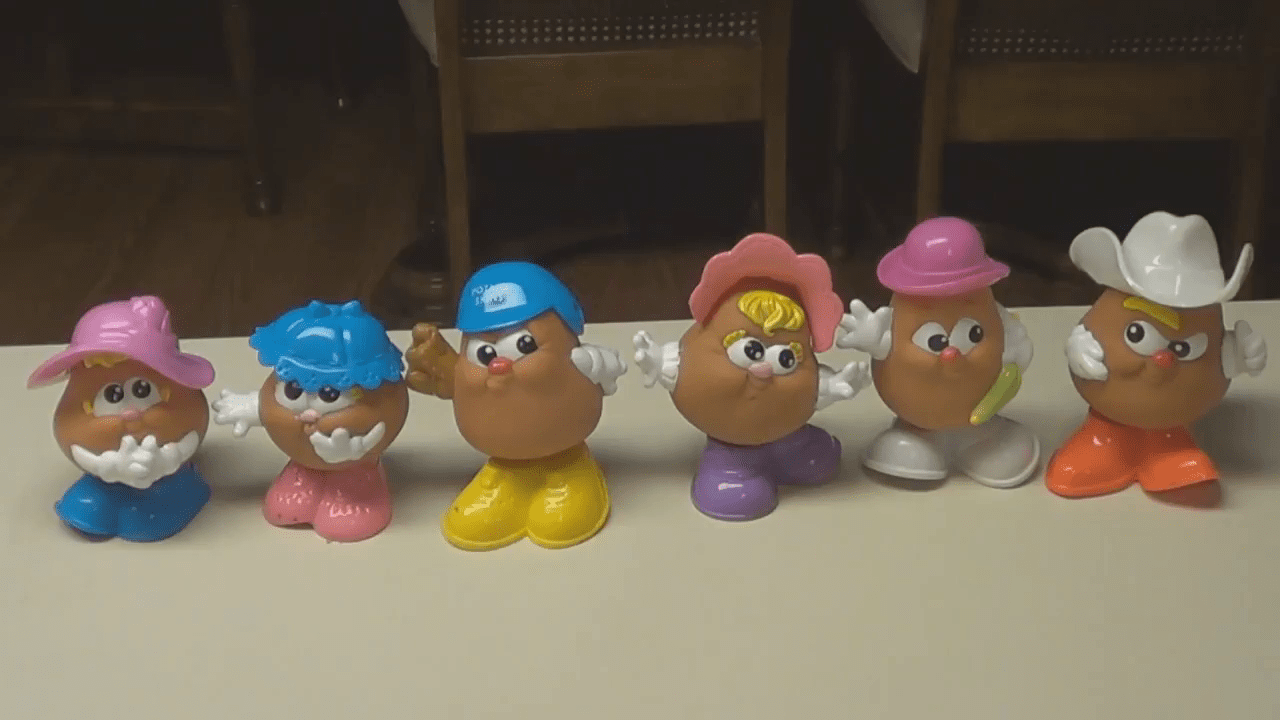 These little guys would have given Ronald’s crew a run for their money if they ever played against each other in some kind of sport. I remember having a few of these growing up. I never did collect them all though. 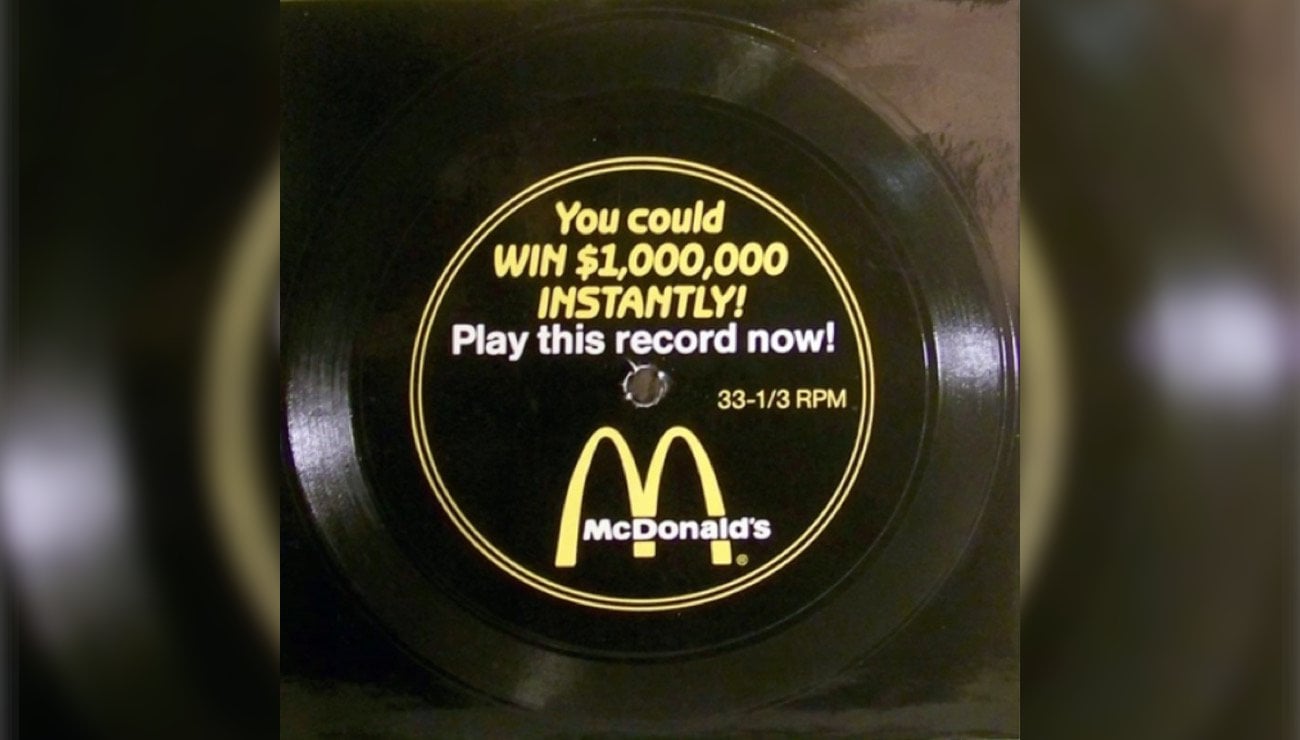 This one was definitely before my time. I don’t think I ever listened to a record until they became cool again a few years ago. I wonder how many of these McRecords made it into private collections in the ’80s and how much would they be worth in today’s money? 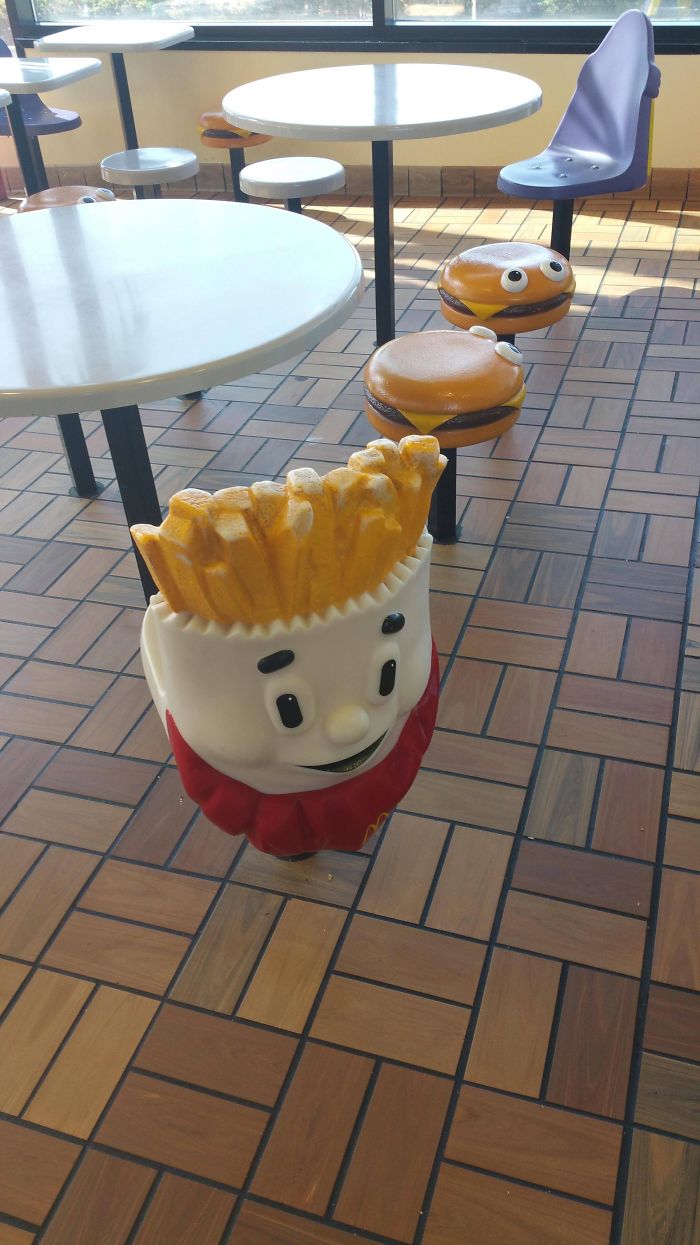 Nothing says McDonald’s in the ’90s like sitting on a burger while you knock back some fries. You can see that some chairs are regular and meant for the adults to sit at. This was one of many of McDonald’s ploys to get kids excited about eating here. 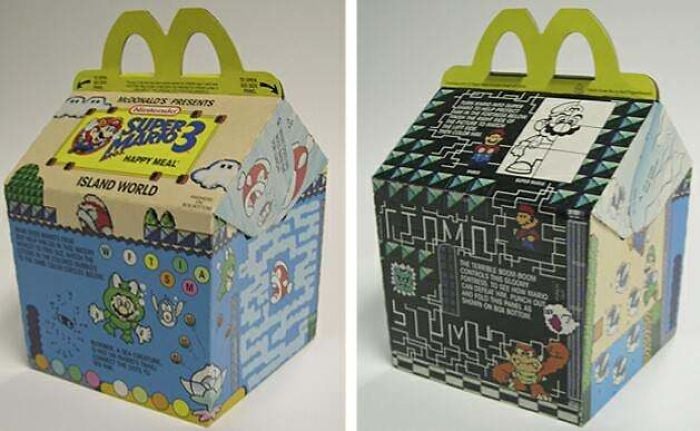 The Mario game even looks pixelated on the cardboard box. This is a great example of how far McDonald’s (and videogames) have come since the ’80s. Nothing like using an old Nintendo controller with greasy fry-fingers.