Trail cams are an essential part of hunting, as the footage provides insight that can be valuable to tracking animal activity, especially at night. Trail cams can detect movement nearby and then record that activity. Things get especially interesting at night. These trail cam photos that were captured by total chance show us a whole new side of animals’ lives in nature, sometimes to hilarious effect. 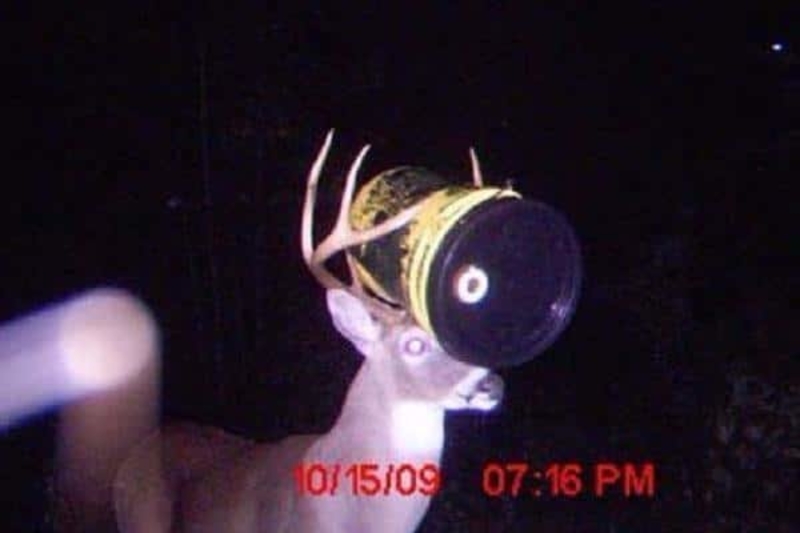 This poor deer found himself in an awkward situation with a barrel stuck in between his antlers. He must have been poking around trying to figure out what it was when it got stuck on his head. Hopefully he got it off quickly! 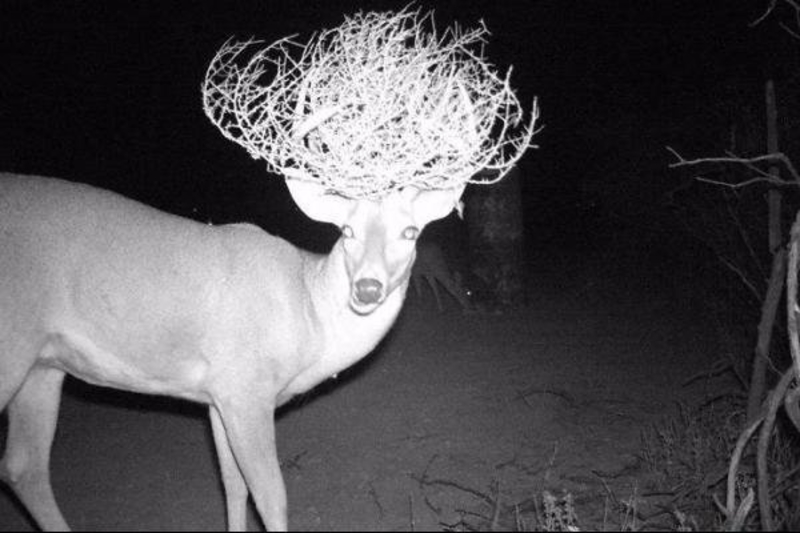 Having antlers seem like it is no walk in the park. It seems like it is pretty common for things to get stuck in between them! This poor buck got some tumbleweeds stuck on his head, but funnily enough it ended up looking rather artistic in the end. He’s definitely Coachella ready. 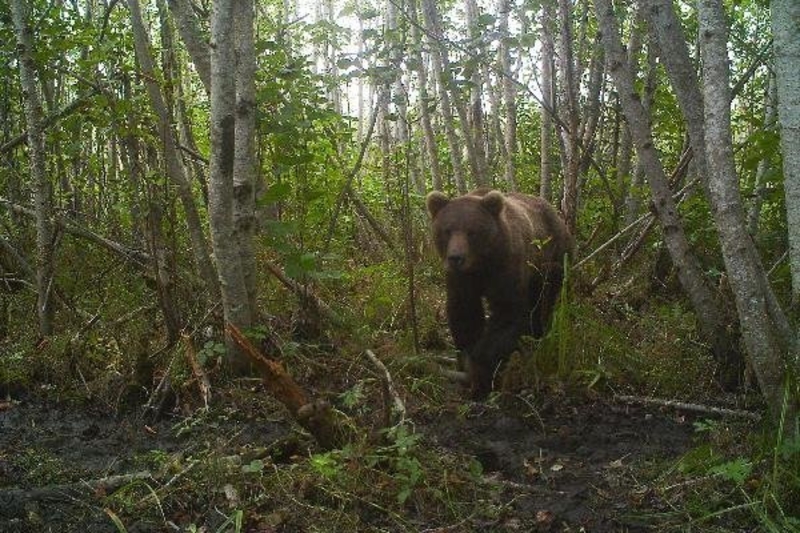 Imagine minding your own business while out in the woods when suddenly this bear emerges out of nowhere. That would be pretty terrifying, wouldn’t it? We wonder what this fuzzy bear was up to, as he looks like he is on a mission.

A Group of Deer 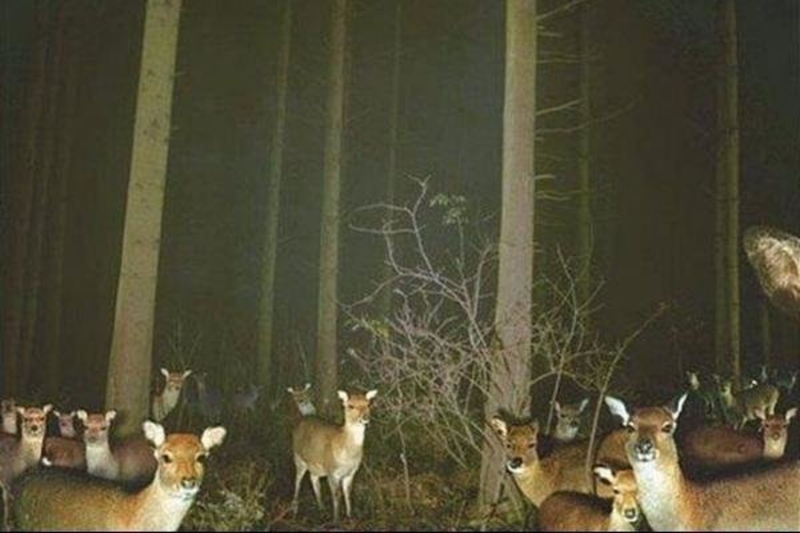 When you think of deer, you typical don’t associate them with the rest of the ferocious animals out there in the wild. But we have to say that this picture is still pretty intimidating, after all, that’s a lot lot of pairs of eyes staring at you from a dark forest. 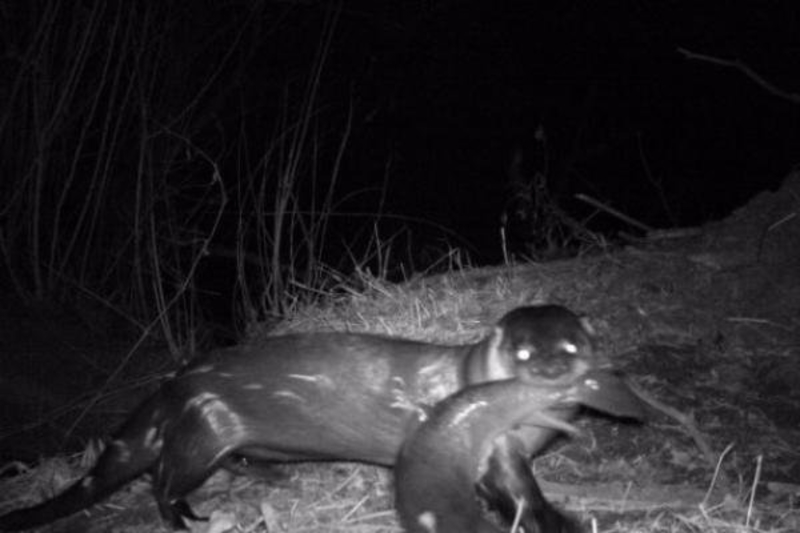 This is one of those incredible moments of animals in their natural habitats that is being captured by a trail cam. Many animals choose to hunt at night, lulling their prey into a false sense of security and making it harder to see the predators under cover of night. 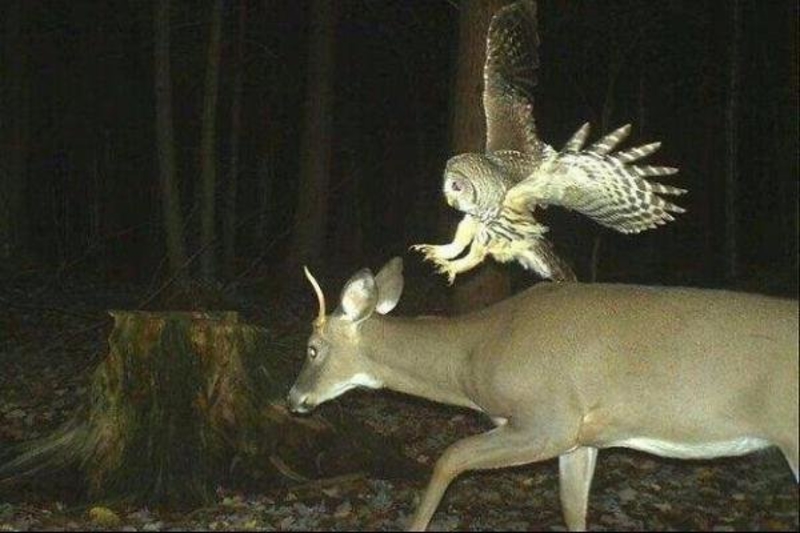 Seeing owls is not so common, and the fact that this photo was captured is absolutely incredible. Not only has the trail cam managed to capture an owl, but one that it right about to attack this unsuspecting deer. Although we feel bad for the deer, this really is amazing to see. 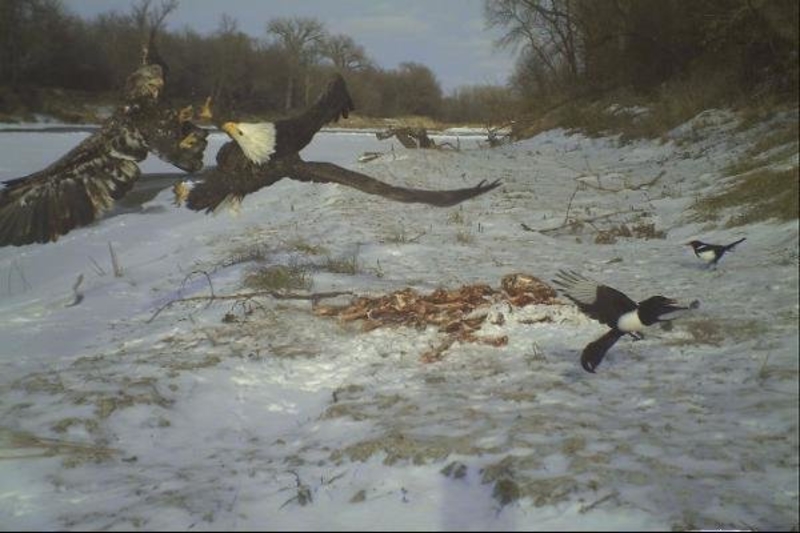 Here we see an incredible moment where an eagle is charging at another eagle, the two are locked in a gripping fight. The other birds around them better get away as soon as they can, as eagles are quite powerful and capable of serious damage. 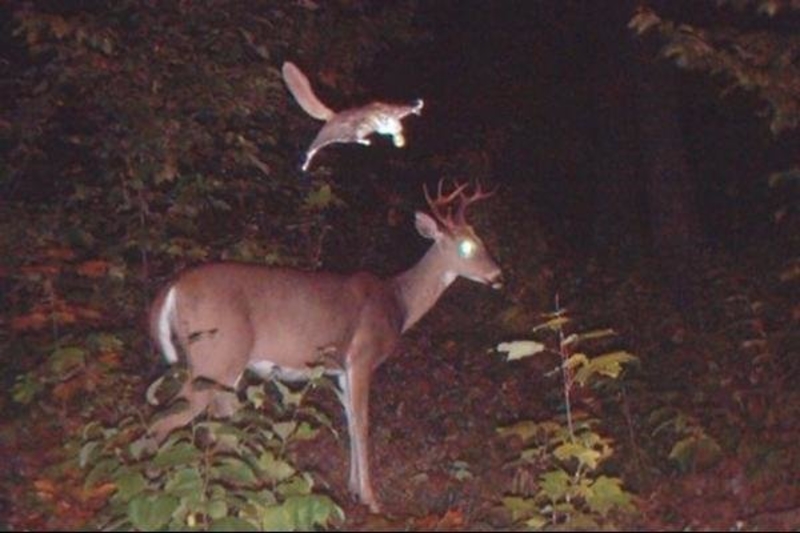 Here we see yet another amazing photo captured at the perfect moment. This flying squirrel is about to land right on top of this deer who has no idea that he is about to get hit. It’s amazing that the trail cam captured this moment that would otherwise be unseen by humans. 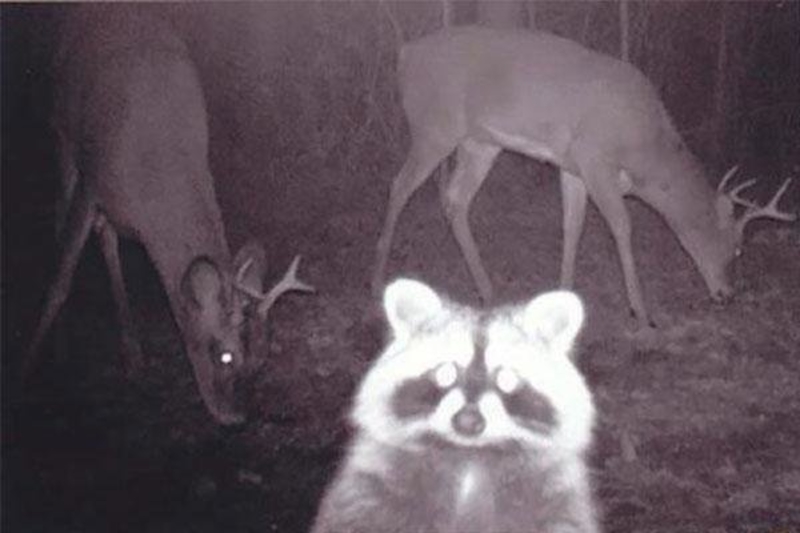 While the deer in the background could not be bothered to look up from the grass they’re grazing, this raccoon is quite mesmerized by the camera. He even looks so started to see the flash! If only we could know what he was thinking while this was taken. 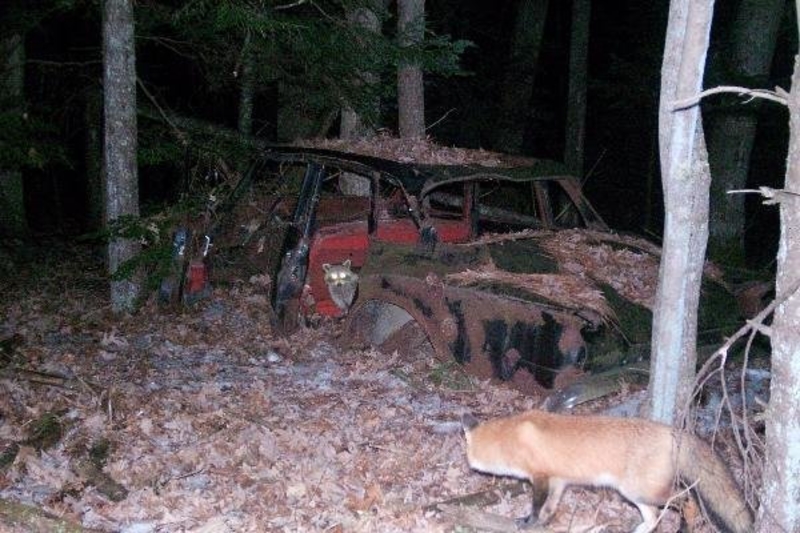 This fox was chasing this raccoon, when suddenly, out of nowhere, the raccoon seemed to disappear. The fox circle around until he found this seemingly abandoned car. Not long after that, he found the raccoon’s hiding spot and the chase resumed. 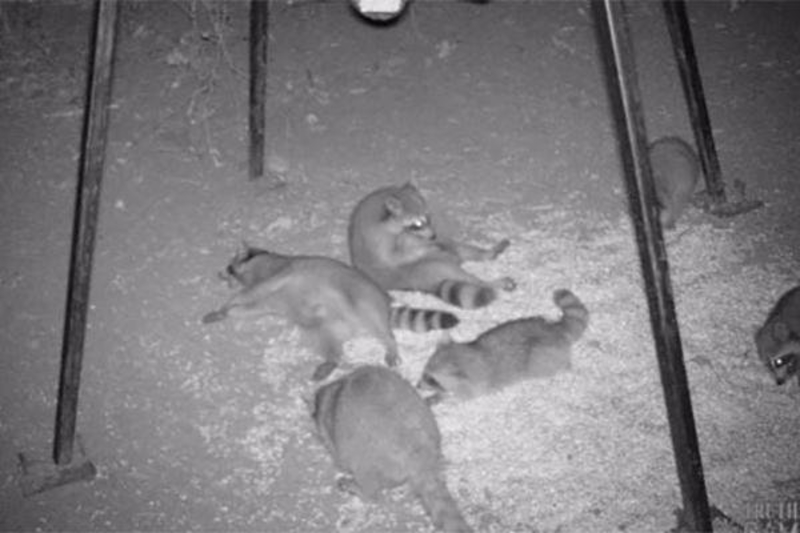 We all know this feeling all too well. Maybe we’ve eaten too much at Thanksgiving, or we’ve had a bit too much to drink on Saturday night. Whatever it is, it looks like these raccoons have enjoyed themselves a little too much and are now trying to recover.