Things are constantly changing all around us. Fashion trends and technology are two of the biggest things that can change at the drop of a hat. But one of the most obvious changes that we can see is the way that parenting has changed throughout the years. If you’re in the mood for a good laugh, keep scrolling to check out these old-school parents that wouldn’t survive today, and if they did make it out alive, they’d be sitting in a jail cell, that’s for sure.

Nothing to see here… just a picture of a typical day in the life of an Aussie kid in the early ’90s. 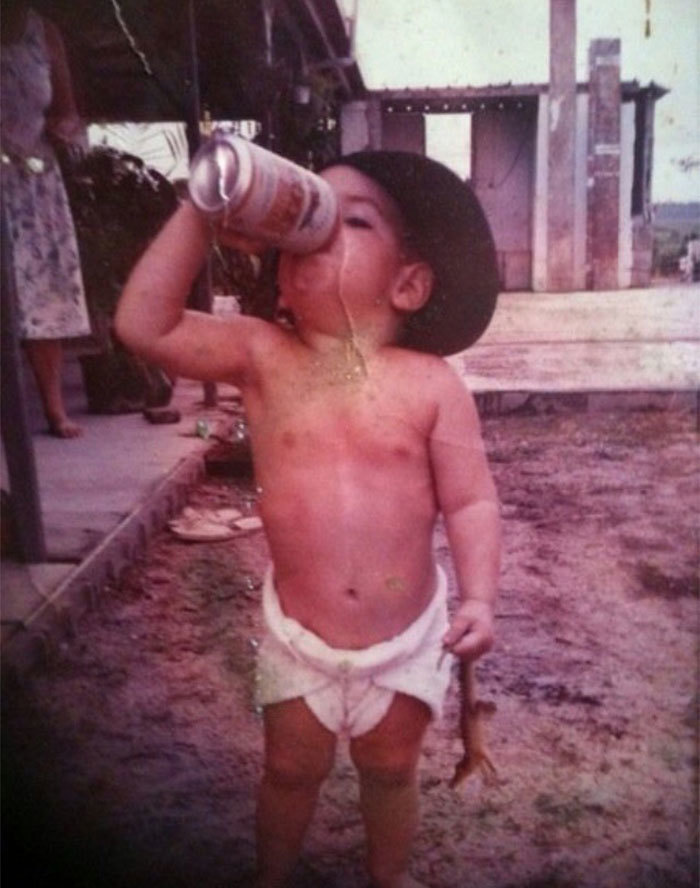 With a baby crocodile in one hand and a beer in another, this kid has set the precedent for his entire life.

A mother’s love knows no bounds, and here’s definitive proof of that. 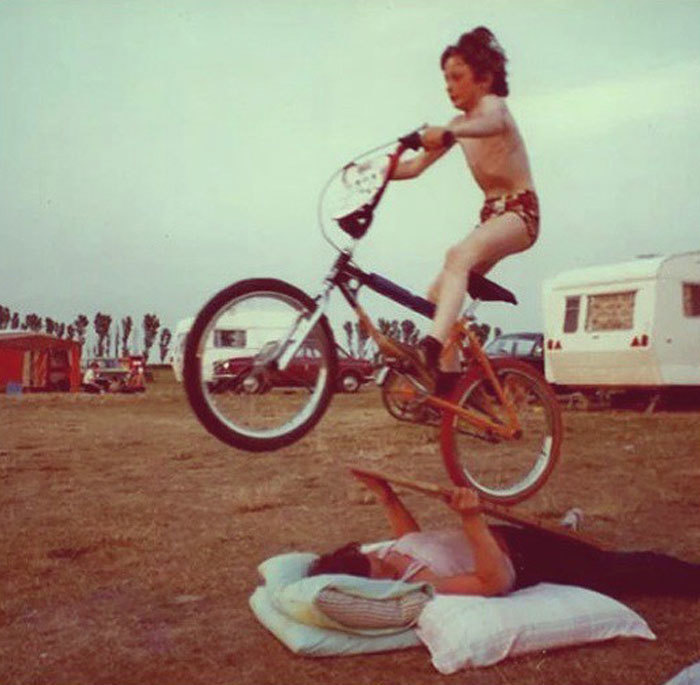 Do you even love your kid if you’re not willing to lay on the ground to act as a BMX bike ramp for them?

This little boy has clearly spent way too much time with his father. 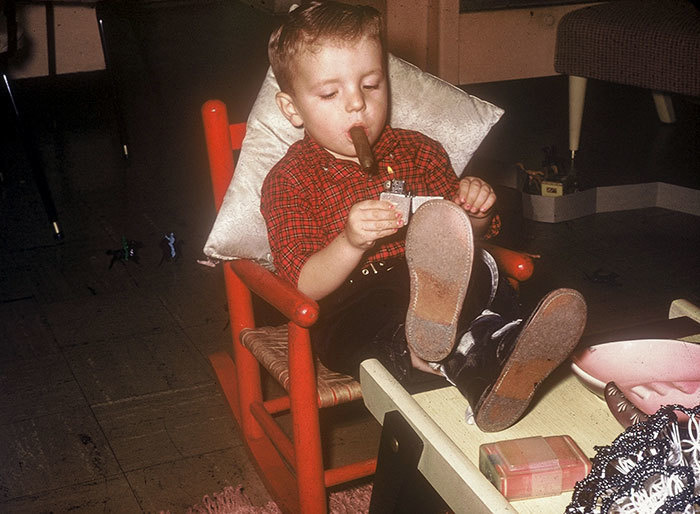 Not only does he kick his legs up on the coffee table to reach maximum levels of relaxation, but he even knows how to light the cigar hanging out of his mouth.

Can you imagine letting your 2-year-old child ride a wild animal like a bear? 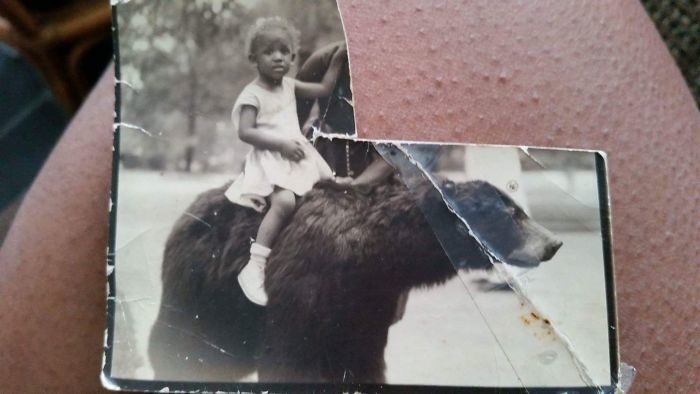 Sure it looks fun but do you know how dangerous this is?

Before the dangers of cigarettes were known, people were able to smoke pretty much wherever they wanted to, including the hospital. 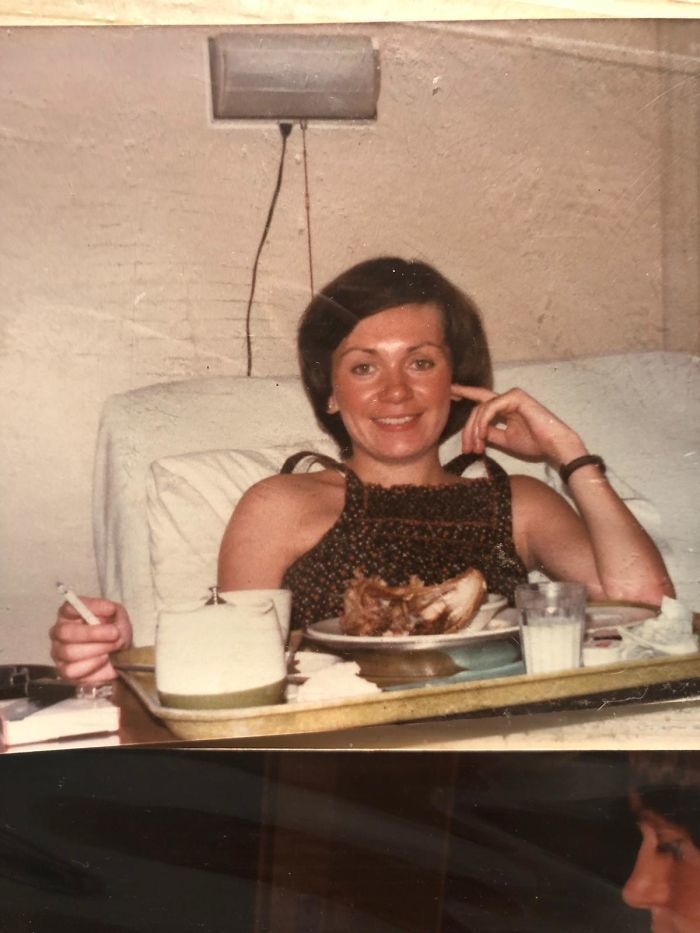 Delivering a baby is hard work and all this new mother wanted was some fried chicken and smoke, but who can blame her?

It goes without saying that the 1980s brought with it a whole new wave of “What the [expletive],” but this takes the cake. 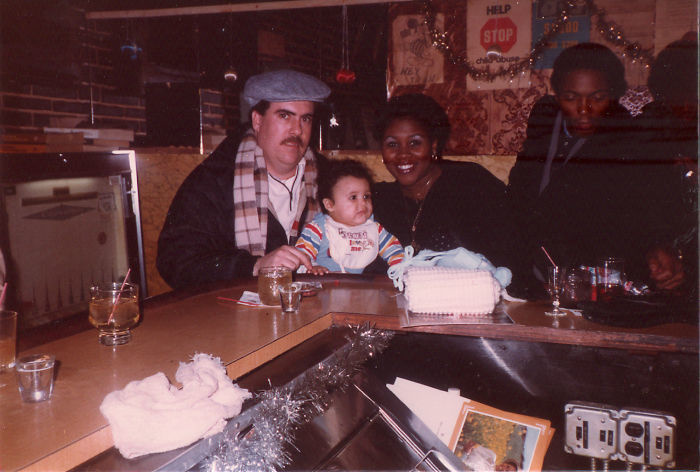 Welcome to the ’80s, where bringing your kid to the bar for some brews is the cool and accepted thing to do!

This woman probably figured that she’d have a nice cold beer at the end of her workday, but this kid looks like he’s the one that worked all day. 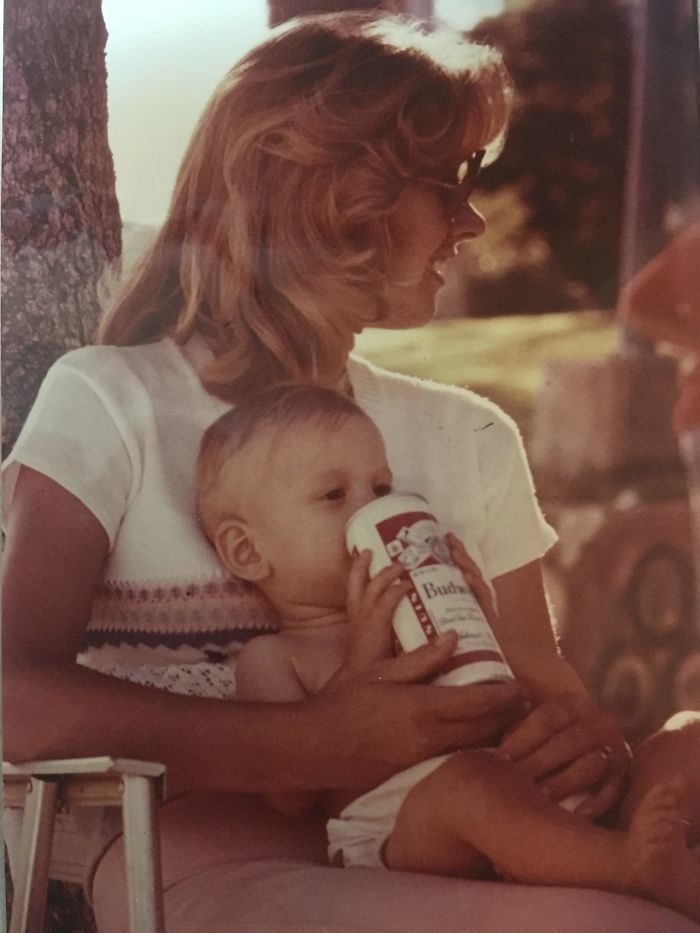 With a look like that on his face, he probably needed every bit of that sip he stole.

Proud papas look forward to the day when their son acts just like them, but this just crosses the line. 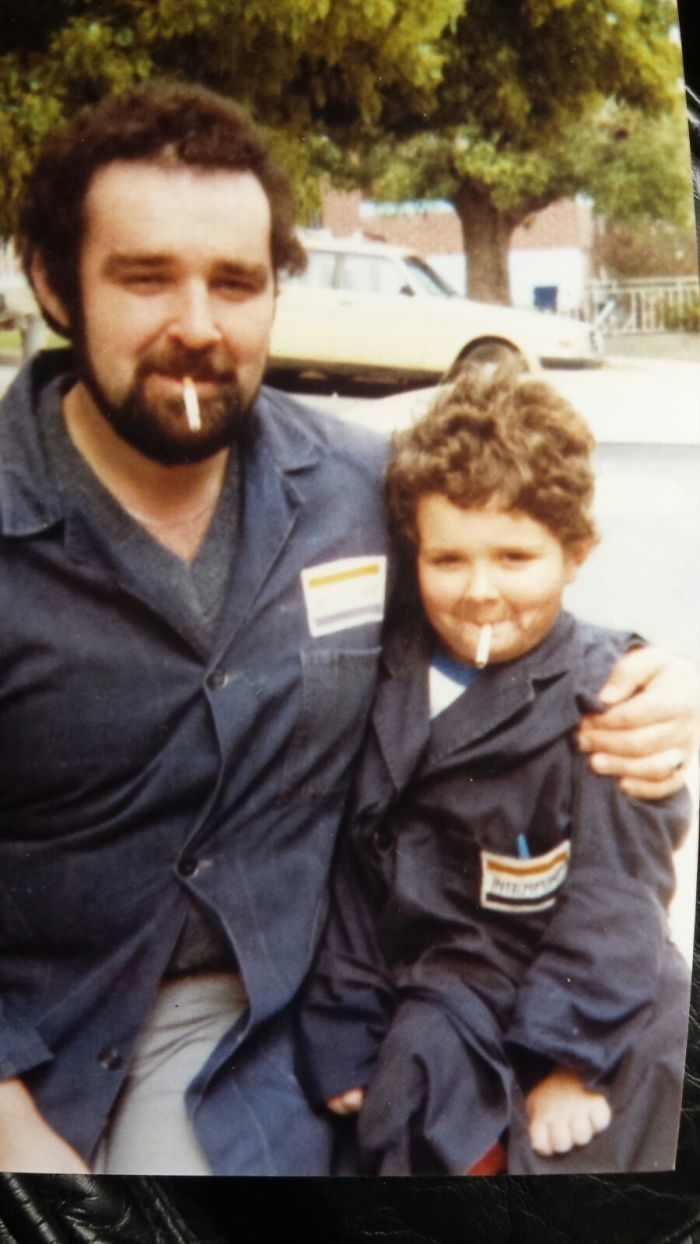 He may look pretty cute all dressed up like his dad, but smoking is bad for the short ones and that definitely looks like a lit cigarette.

This car seat was designed so that the mother could put her arm out in front of the baby in the event of a car accident. 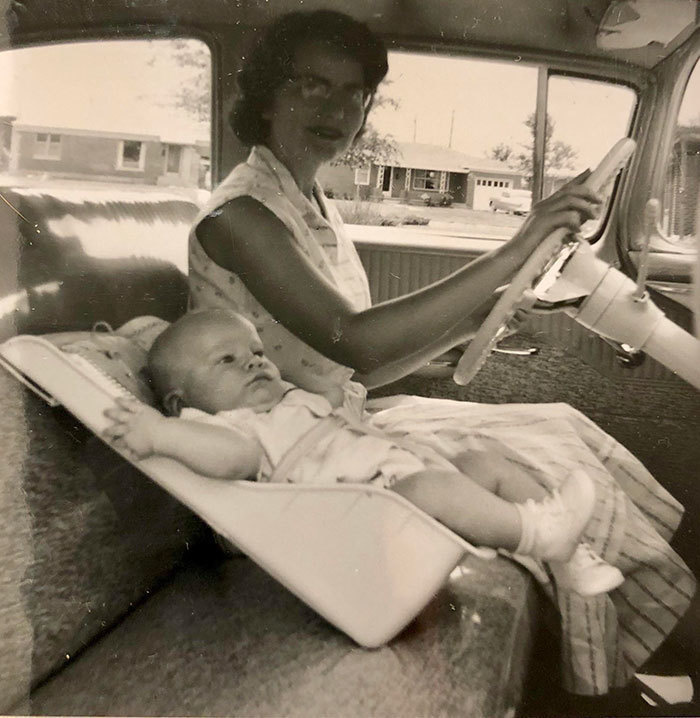 Hopefully, their reaction time is better than perfect because this system seems pretty flawed to us.

There are definitely right ways to teach children how to swim, and there are wrong ways to do so. 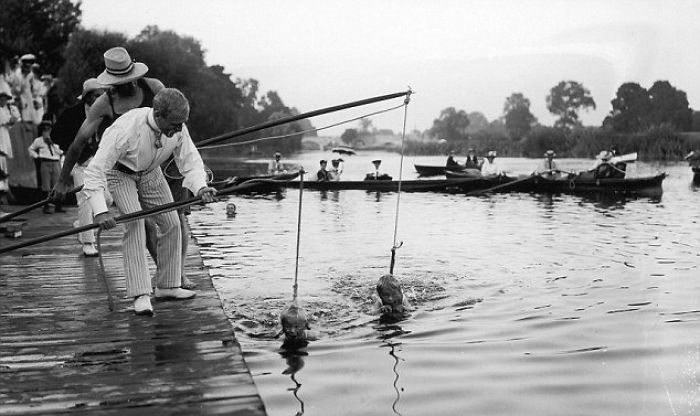 We’d like to say that this is one of the wrong ways, but if it works is it really wrong?