Imagine that you served in the military for several years, but life has put you through the wringer and you end up living in a facility designated for homeless veterans. This was the harsh reality of a U.S. Air Force veteran by the name of Michael Malone. Despite having a home, which he inherited, the living conditions of the property made it impossible to live in. But all hope was not lost. Malone had gotten help from over 60 volunteers who wanted to get him under his own roof, and that’s how this heart-inspiring story begins.

Michael Malone had served in the U.S. Air Force for four years and 15 years in the reserve.

When the Indianapolis native’s mother passed away, he was fortunate enough to inherit his old childhood home. There was just one problem. The house wasn’t suitable for anyone to live in it, which left Malone in quite a pickle.

Malone didn’t have the financial means to repair the house himself, so off he went to a shelter. 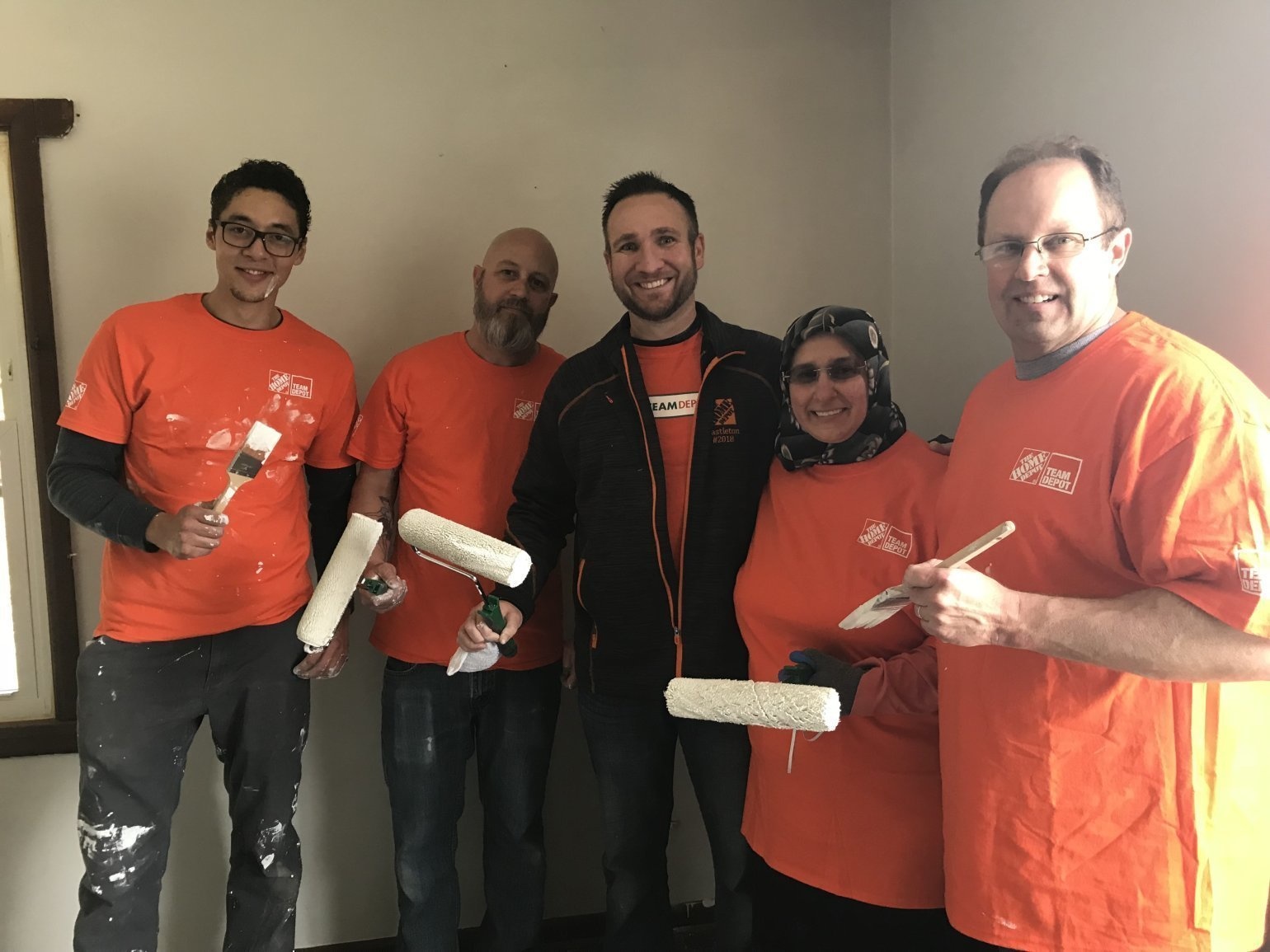 The facility was provided specifically for veterans who were homeless, which Malone had become. But something amazing happened when over 60 volunteers from the Home Depot Foundation and the Hoosier Veterans Assistance Foundation (HVAF) got together to lend him a hand.

The volunteers worked hard to make Malone’s home into something that was livable again.

Volunteers have been putting in a lot of time and effort, and with their collective will, they’ll soon have Malone’s house all nice and renovated. Naturally, Malone is beyond grateful for the work being done on the property.

Malone had lost a lot of families lately and that included his mom and his own daughter.

Given how devastated he was emotional, watching so many people take charge to try to remodel his home was certainly a huge morale booster. Now Malone can’t wait to move into his home so that he can get a new lease on life.

If this Indiana man ever lost faith in humanity, these volunteers have restored that faith.

The level of dedication to giving back to this veteran, who has undoubtedly given so much to keep his country safe, was overwhelming, and Malone feels quite blessed.

The home renovations weren’t just on the exterior of the home, but the interior as well.

Some of the renovations done inside the home have included installing brand new floors, remodeling the bathroom, and of course, painting the interior as well, because everything looks so much better with a fresh coat of paint.

Volunteers would like to provide Malone with some furniture and other necessities before he moves in.

Meanwhile, Malone is just about ready to say goodbye to the facility for homeless veterans forever and move back home. But he has mixed emotions about the whole thing. Yes, he’s happy, but he’s also a bit sad because he wishes his mom was still around to see what the volunteers did for him.