The Comedy Wildlife Photography Awards is a great platform that helps save animals by organizing a hilarious competition each year. The candid photos of animals in the competitions are downright hilarious. So, if you want to take your mind off the daily life stress, here is something that’ll surely make you smile. So, let’s start this wild ride. 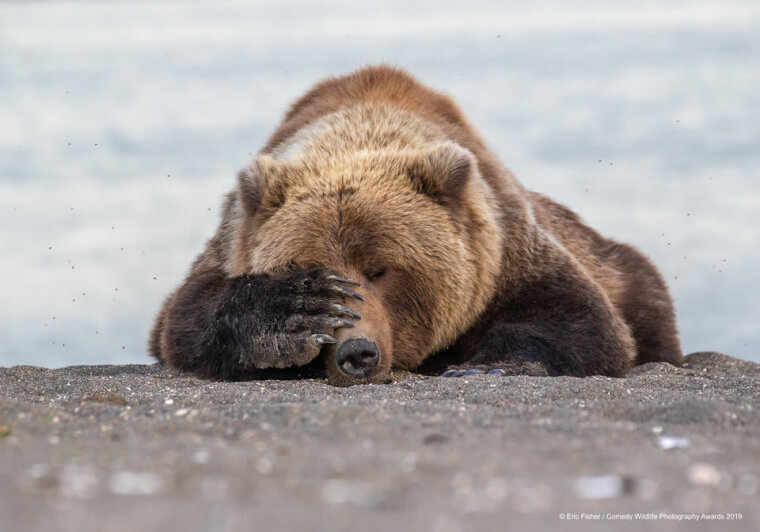 We, humans, hate Mondays. It is not a big surprise that this brown bear also doesn’t find Mondays so amusing. He was catching salmons, and he just started showing a hilarious range of emotions. We guess everyone hates Mondays. 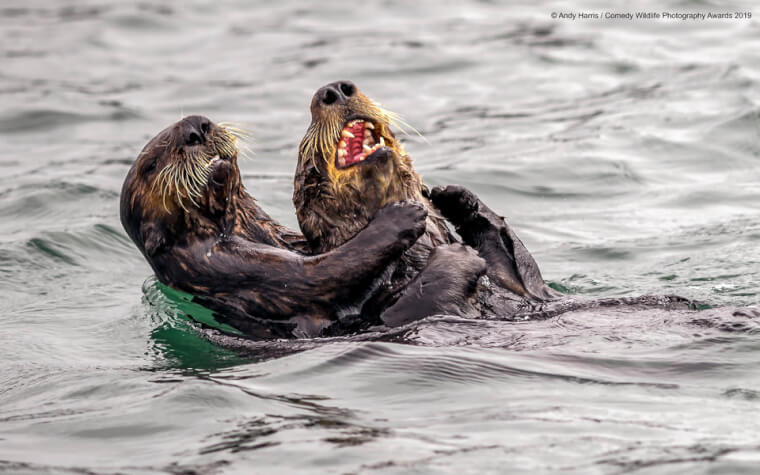 Sea otters are playful creatures, and when they are not relaxing or hunting, they like to play with each other. Photographer Andy Harris captured these two sea otters having a tickle fight. Aww!

’Excuse me, Can I Have Your Food Please?’ 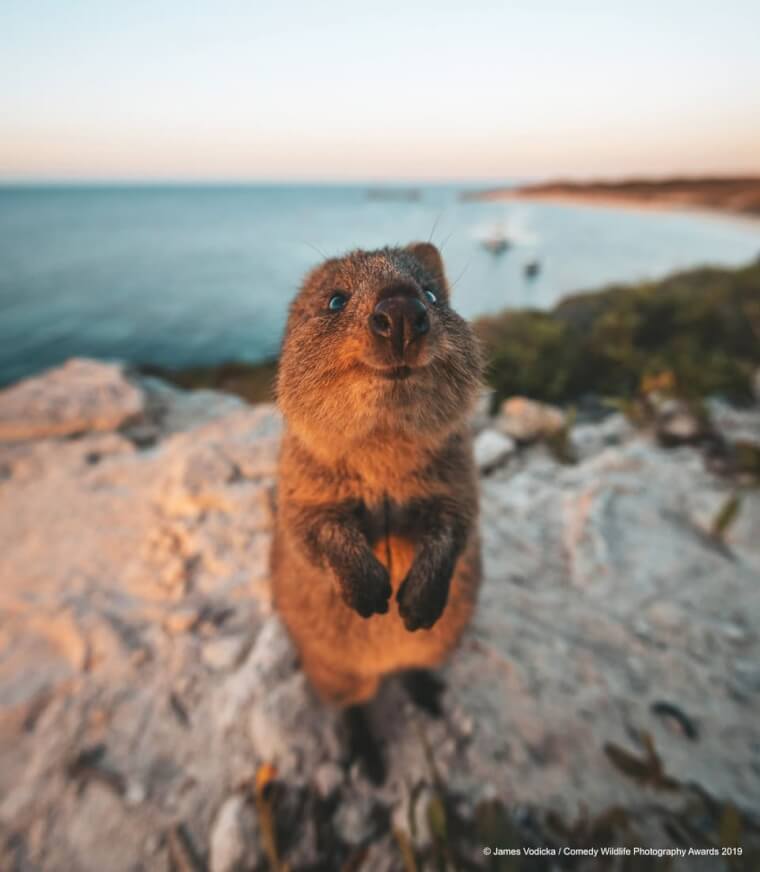 This wild quokka is as curious as to other members of its kind. He came close to the photographer and kept on looking at him with a smile on his face. He seems just like that salesman who knocks on the door and stays there as long as you don’t buy his product.

Joke of The Century 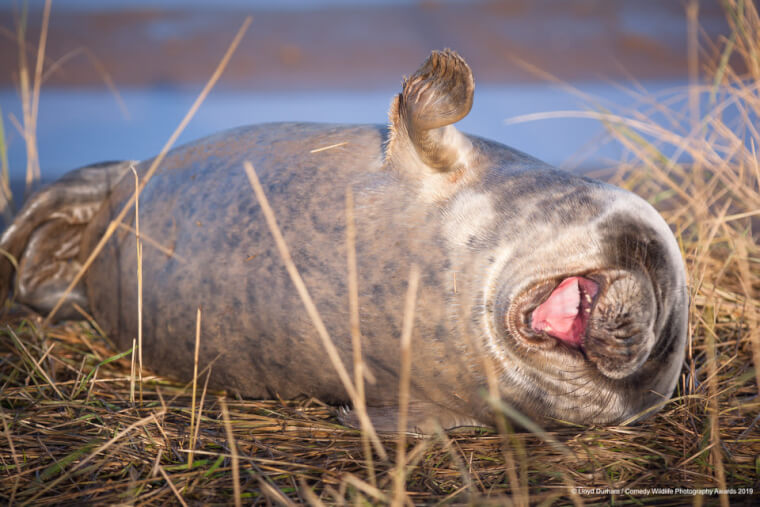 Photographer Lloyd Durham took a photo of a seal yawning. No big surprise here, right? Well, it appears as if the seal was laughing at a double-meaning joke told by his friend. We’ll want to know what was that joke. 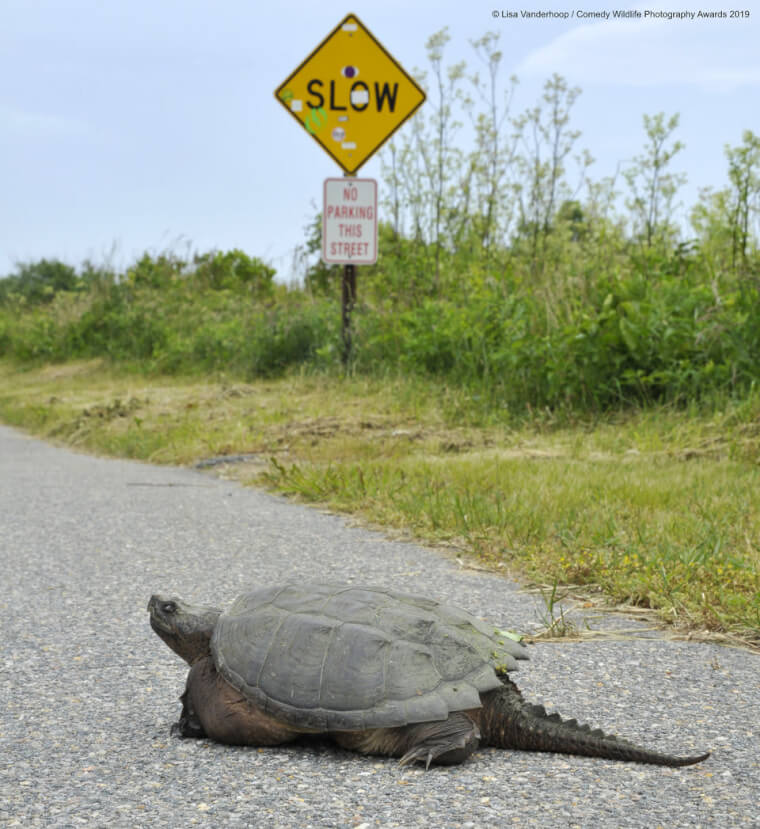 This turtle was sick of people breaking the rules. He wanted to set an example for others. Although his intention was good, the road was jammed for approximately one week because people waited for the turtle to pass the road. Apparently, the turtle took the “slow” sign too seriously. 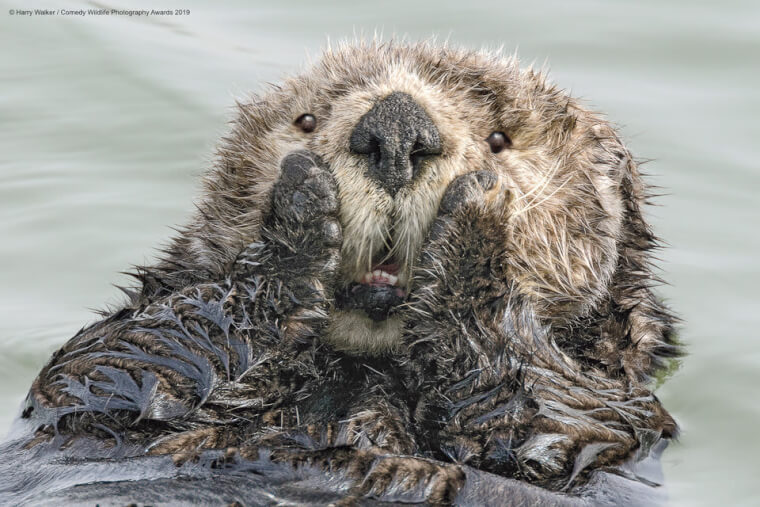 The facial expression of this sea otter tells you that she has heard the biggest gossip of her life. Although the photographer captured the sea otter grooming itself, we’d still like to think that it was shocking for her to hear that gossip. Who knows the gossip was “Otter Senior cheated on Otter Sandra.” 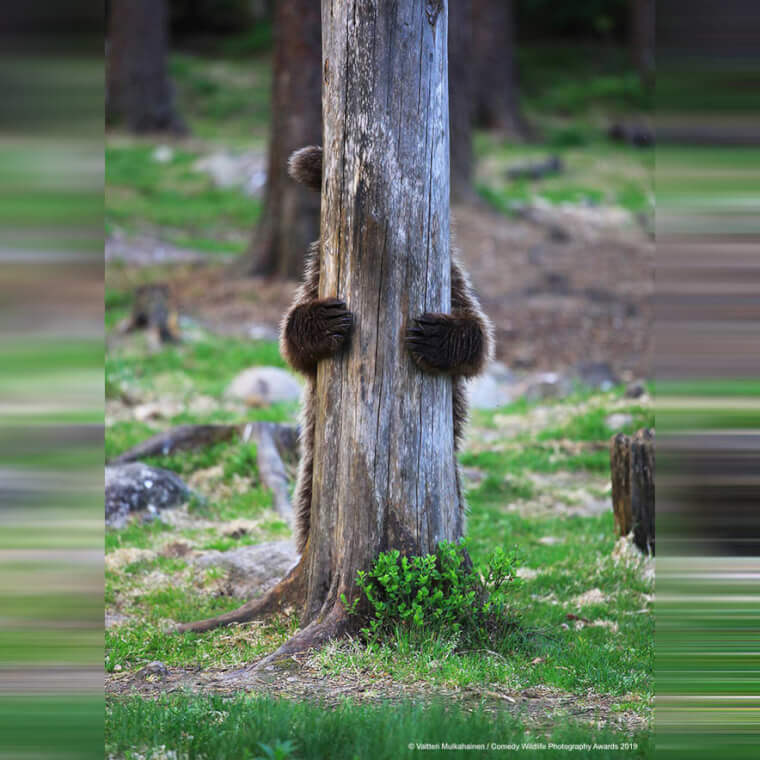 Photographer Valtteri Mulkahainen captured a photo that melted our hearts like a flame melts a candle. We don’t know about you, but we would definitely play the game hide & seek with this little cutie until his momma arrives. 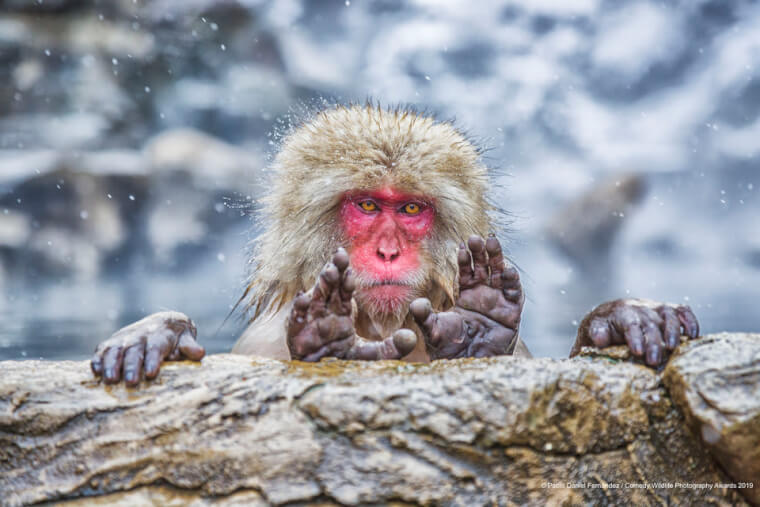 This grumpy monkey in Jigokudani Monkey Park, Japan wasn’t too excited to see a lame human near his family. He just warned the photographer and his facial expression tells you that don’t mess with him because he has won a black belt in Kung Fu. 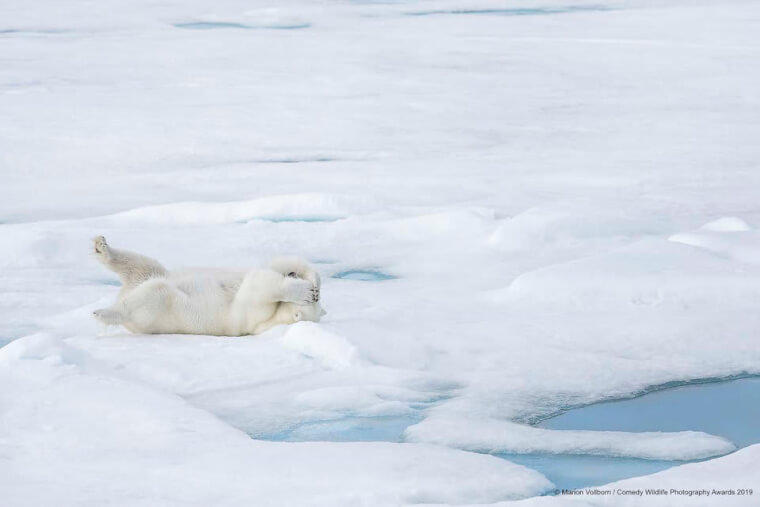 This polar bear doesn’t like to go out a lot. So when his friend asked him to go to a hunting party, he said no and found out later that they all had a very good time. Now he is all angry because he should’ve said yes at that time. 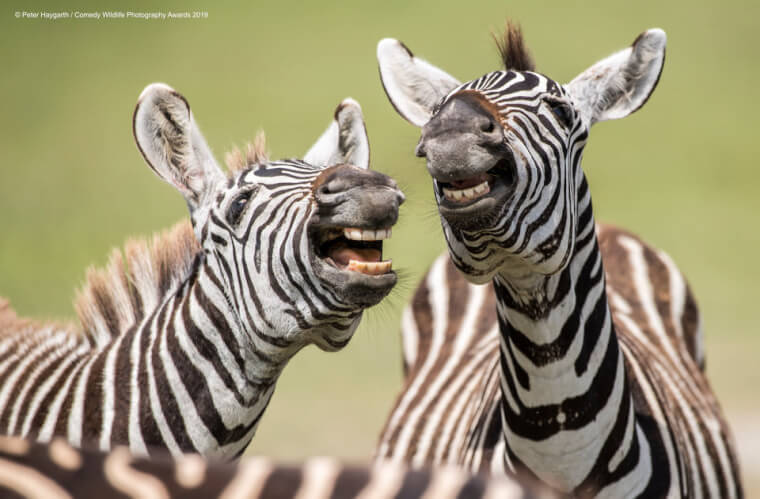 These two zebras were having a great time. The zebra on the right, Steve, shared a slightly inappropriate joke with his friend. They both had a pretty good laugh and a bit of gossip as well. By the way, males gossip as well.