Even if you’ve never been to Rome, you most likely know that the city is rich in ancient art, culture, and architecture. Ancient monuments, such as the Colosseum and the Vatican, attract millions of people every single year. But there is one monument, in particular, that attracts a large number of people, but not necessarily because of its history. People are attracted to this stunning monument because of who, or more accurately, what is inhabiting the ancient monument now.

The ancient Roman monument, Largo Di Torre Argentina, resides in the center of this beautiful city. 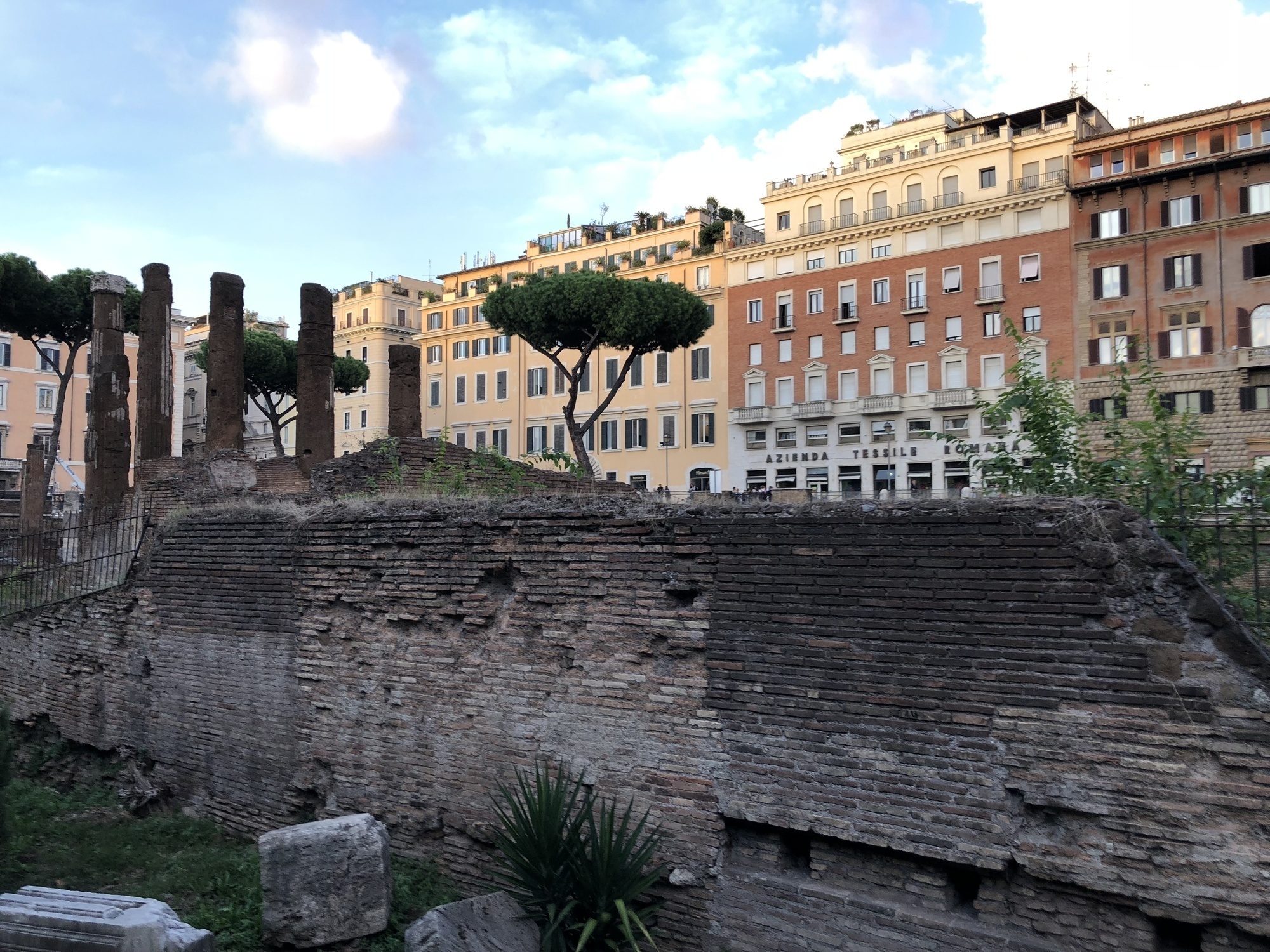 The remains of the historical monument, which dates all the way back to the 4th century BC, include four temples and the Theatre of Pompey. Wanting to keep as much of their history intact, the Roman people have built their modern city right around the ancient monument.

People visit these stunning ruins every single day, admiring the architecture of a time long ago. 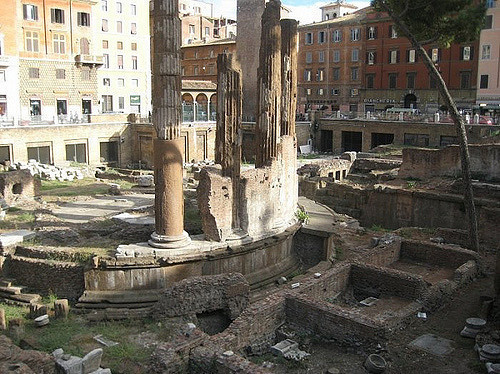 It’s truly hard to believe that after 2000 years of wear and tear, the monument is still standing proud. But if people aren’t attracted to the history of the monument alone, then what else are they drawn to?

The age of these ruins is quite impressive, but there are more significant reasons why people are drawn to this magnificent structure. 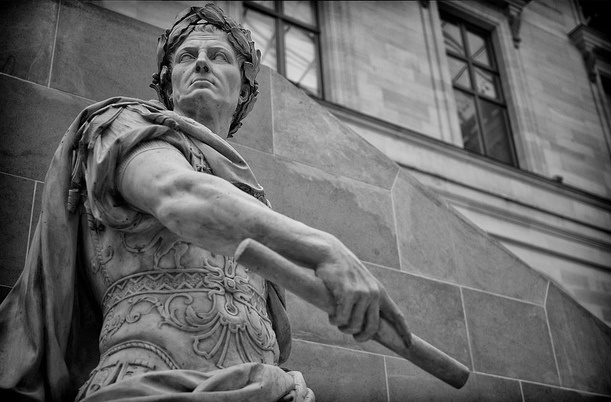 These ruins have played a major part in Roman history because of a story that we’ve all heard before. Due to certain acts of betrayal, the infamous dictator, Julius Caesar, met his tragic death on the steps of the Curia of Pompey.

In 1929, under the direction of Mussolini, the ruins were revealed during excavation. 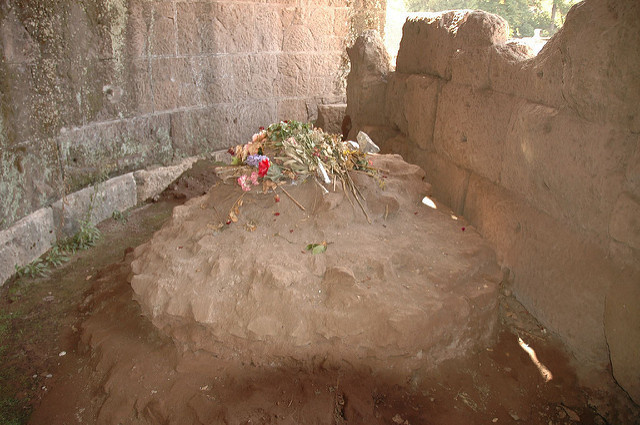 After the ruins were discovered, droves of people began to arrive so they could witness the place where their history changed so dramatically, and of course, to pay their respects. But the history of this ancient relic isn’t the only reason why tourists are drawn to this location.

Once the excavation cleared the way for the ruins to be exposed once again, they began to draw the attention of something not quite human. 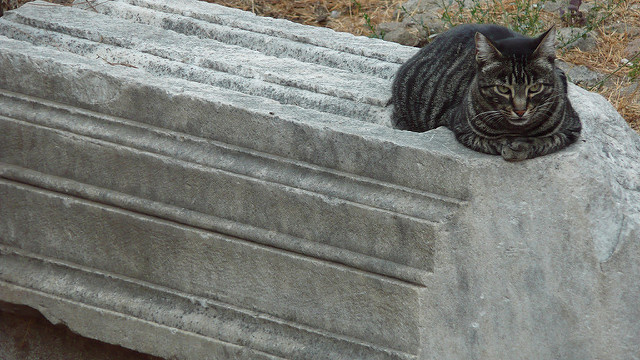 Rome just happens to have an overwhelming number of feral cats. And once the ruins were discovered, they decided that the ruins would make the perfect cat haven. But, you see, we’re not just talking about a few cats.

Approximately 250 feral Italian cats have made the ruins their home! 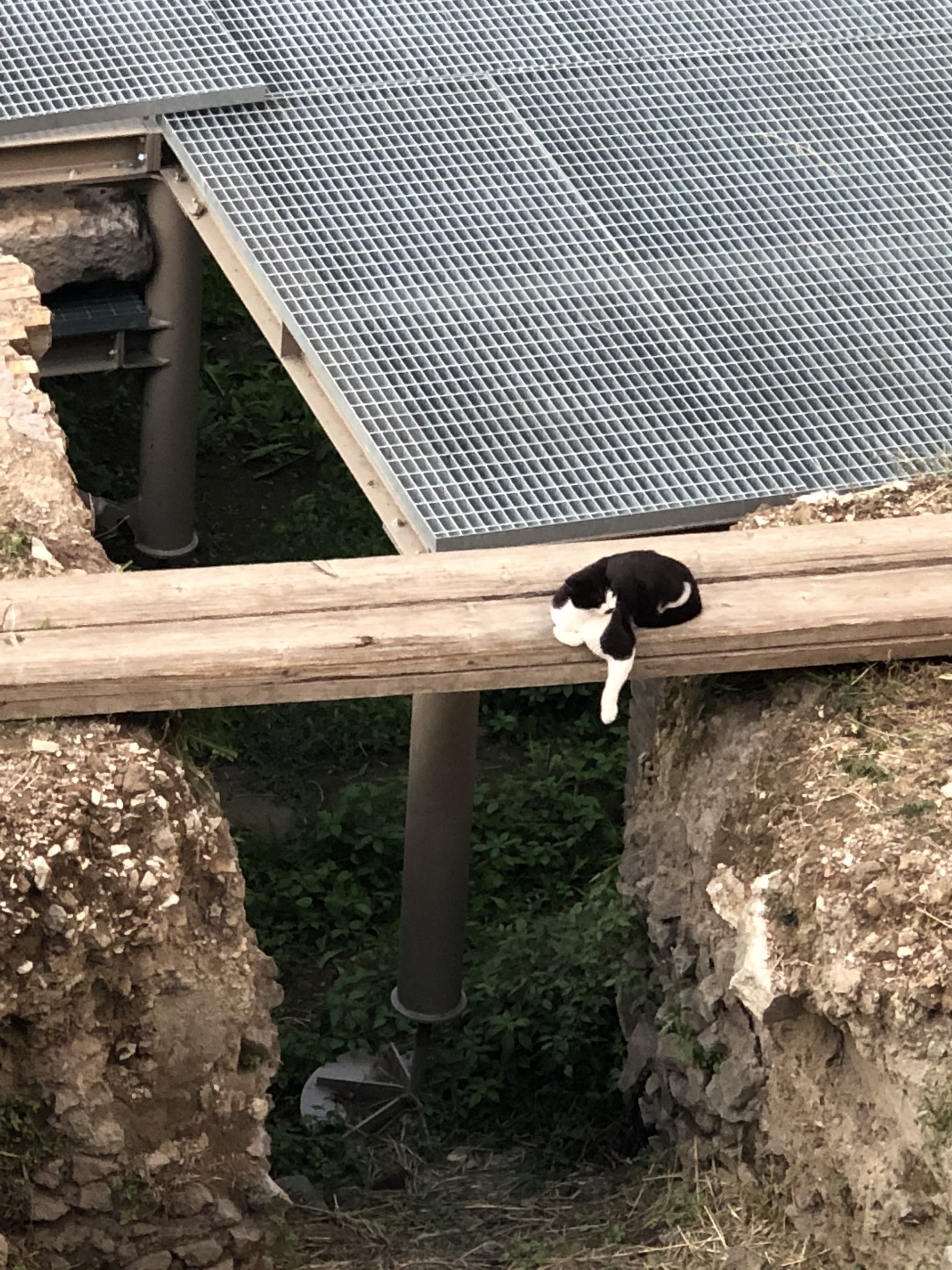 That’s an incredible amount of furry felines! Once word got around that there was a safe place for them to live, more and more cats began to show up. But it wasn’t just because they liked the aesthetic of the ruins. These cats had a much better reason for staying put.

Typically, stray animals are discouraged from making their home in ancient monuments, but things were a bit different at the Largo Di Torre Argentina. 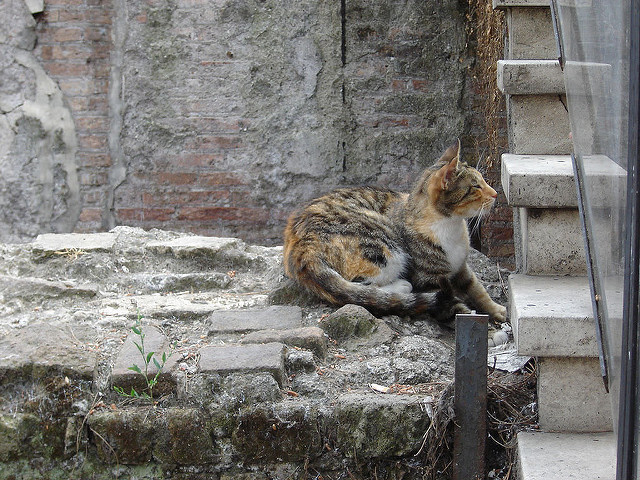 Due to the continuous efforts of the local gutter, also known as the cat ladies, these cats are taken care of and fed while they live at the ruins. Free food and love? It’s no surprise that hundreds of cats have moved in.

It’s so wonderful that there’s a safe place for all of these cats, but where exactly did they come from? 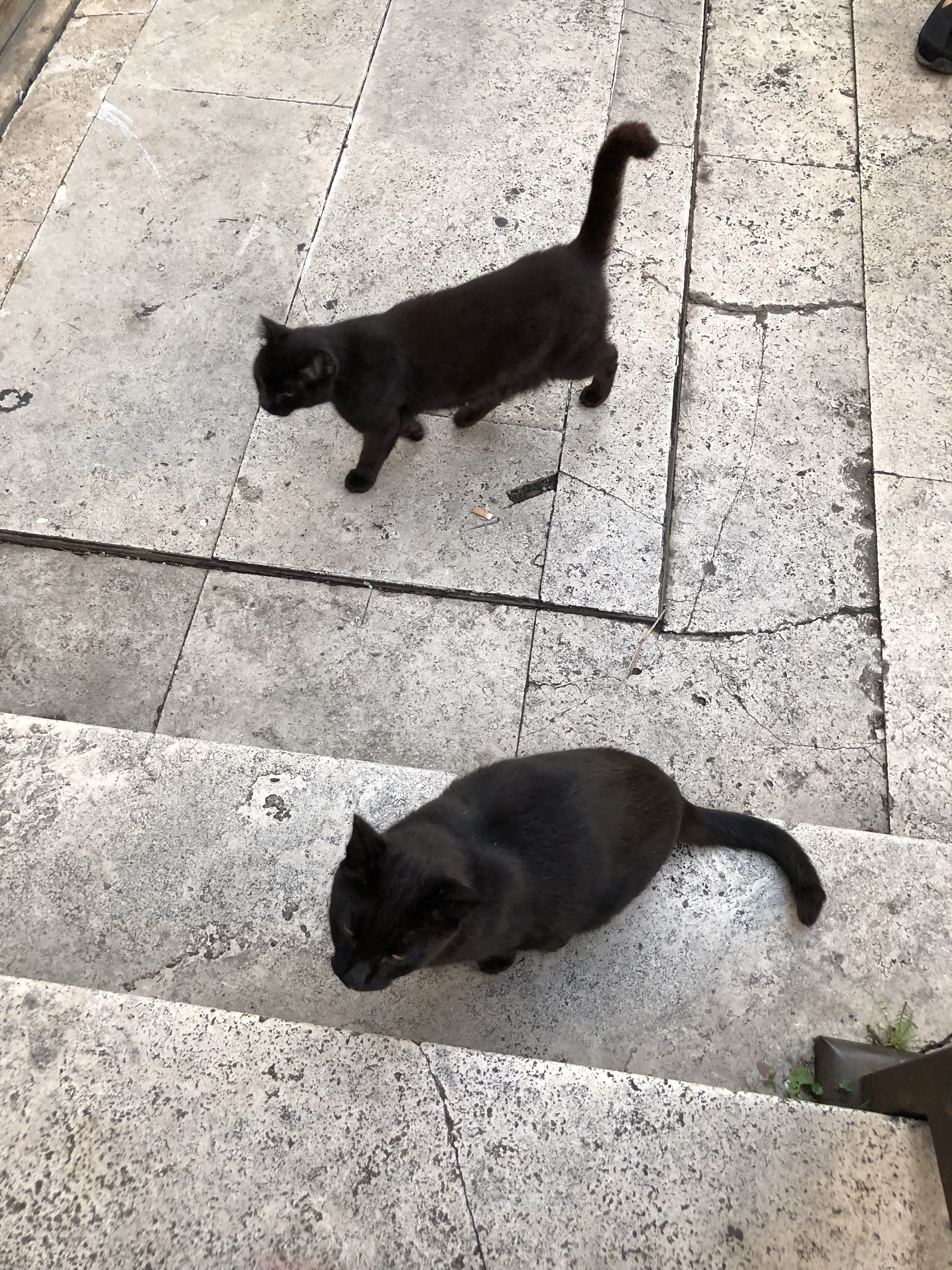 It’s not unusual to see feral cats in every city you go to, but Rome is literally overflowing with them. You see, Italy has a no-kill law for homeless cats, which is great for the cats, but not so much for finding them all a place to live.

It wasn’t long before the cats realized the ruins would make a great home for all of them. 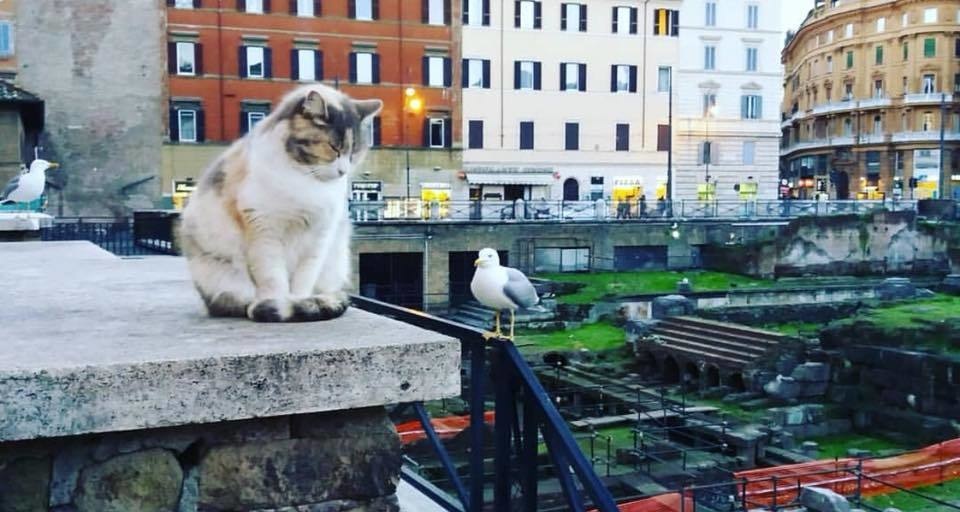 So the cats got together and happily moved into one of the most infamously gruesome landmarks in Rome. But these cats were smarter than they seemed. After all, if they moved into the ruins more people would notice them, and hopefully, give them a helping hand.

The cats were taken care of, spayed, and neutered by the gattare of Rome for well over 60 years. 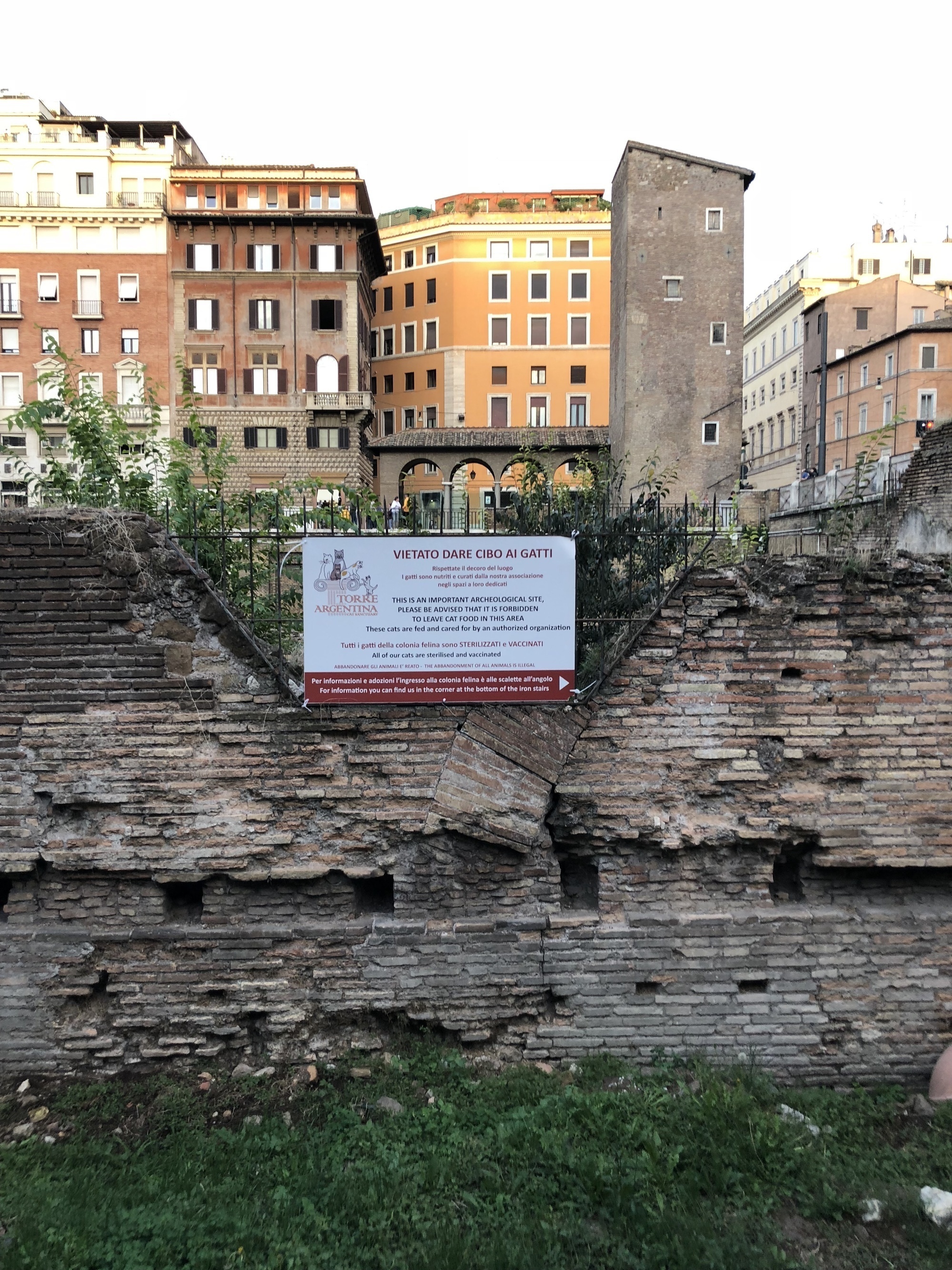 But eventually, something else needed to be done for these frisky felines. So in 1993, two women, Lia and Silvia, realized that the cat population needed to get under control, so they created the Torre Argentina Cat Sanctuary!