Titanic is one of the most popular movies in the history of Hollywood. The movie also shattered many records at the Academy Awards. But behind the making of every movie, there are a lot of onscreen mistakes. If the viewers started pointing out each and every error in the making of the movie, this cult classic would seem like a pile of crap. However, all of us have loved it and we don’t care about the mistakes. But it is fun pointing out the gaffes.

So just for the sake of it, here are 10 Oh, Crap errors in Titanic. What are we waiting for? Scroll down –

Jack And Rose Could Never Meet In Real Life 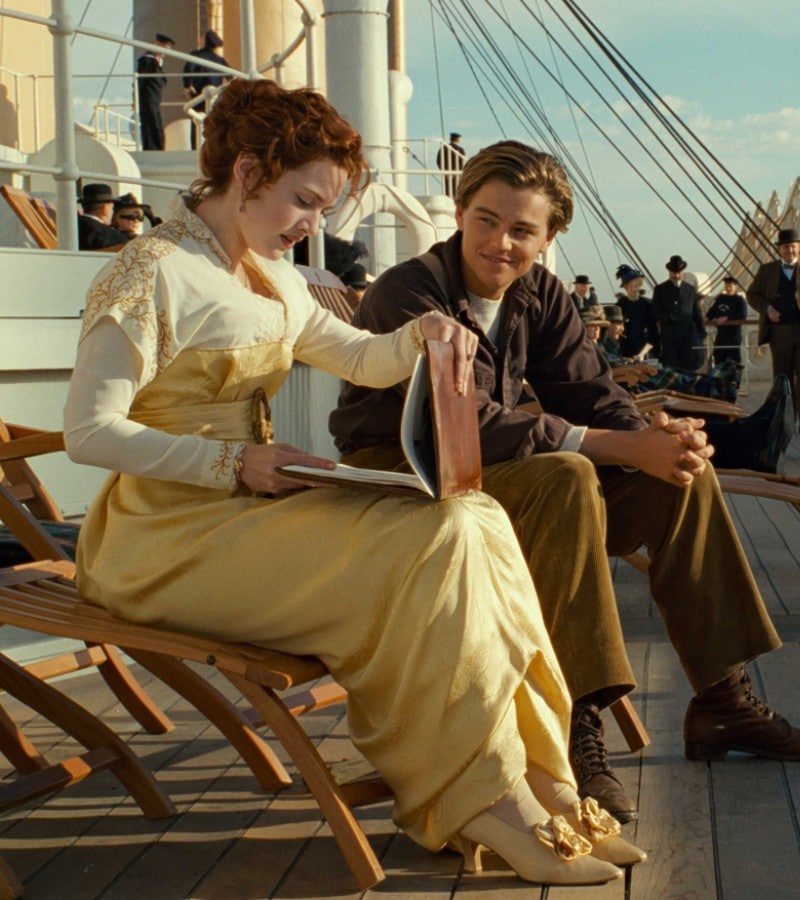 Jack was in the third class and Rose was in the first class, so logically, they shouldn’t have come across each other.

Jack Could Never Have Gone Ice Fishing At Lake Wissota 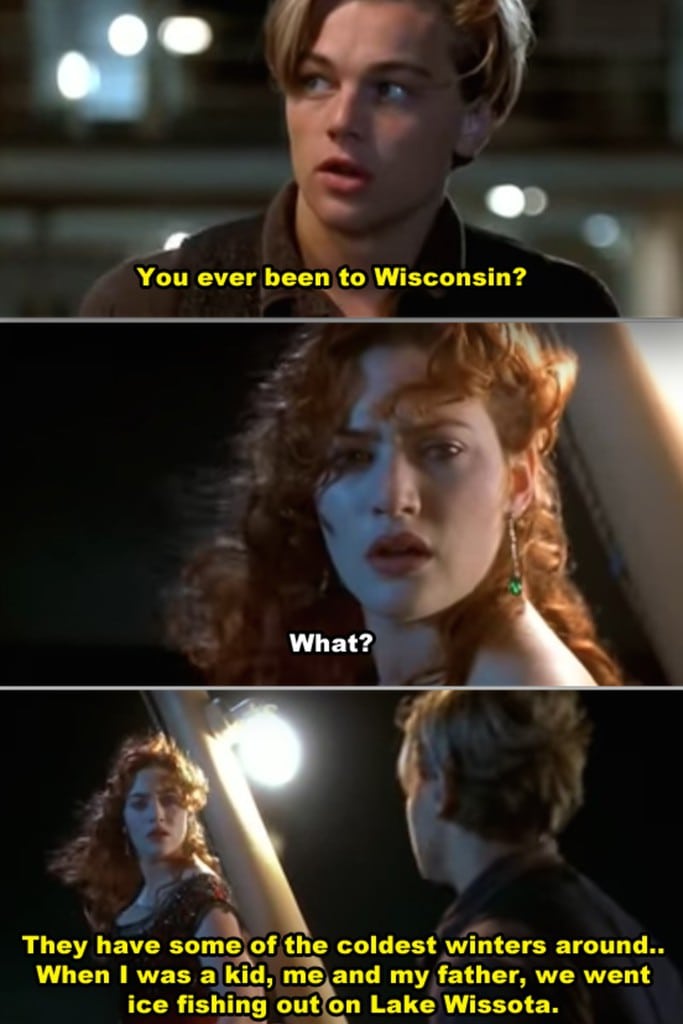 Lake Wissota was created in 1918 after the Chippewa River had a dam built around it. The Titanic sunk in 1912.

Rose Breaks The Glass, Does She? 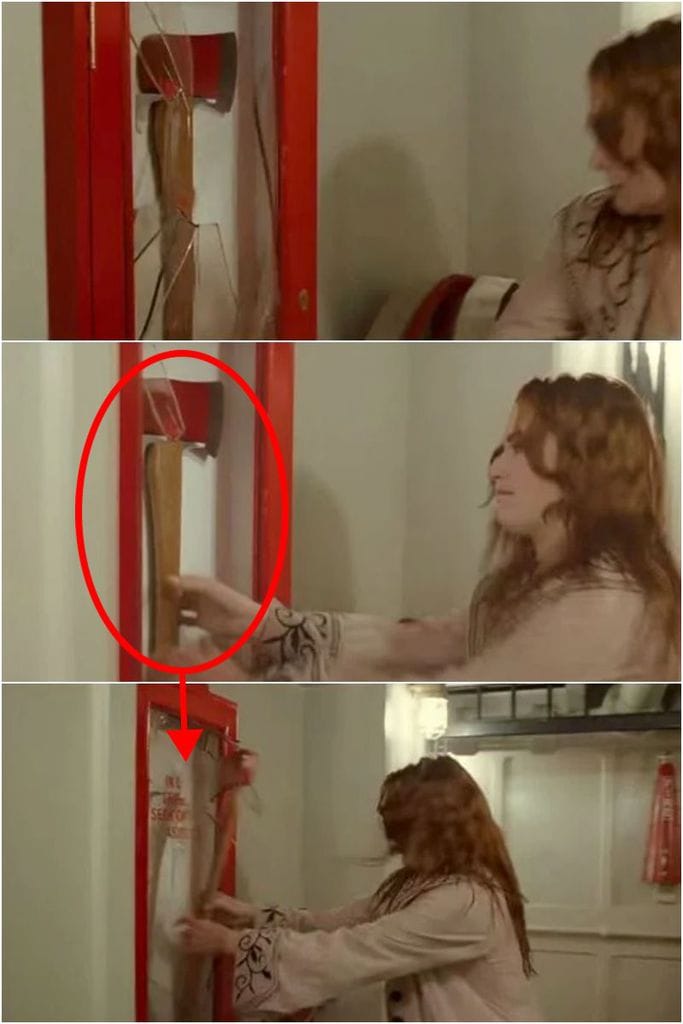 When Rose uses an axe to break a glass in the lower decks, she makes sure to remove all of the glass from the frame, so it wouldn’t cut her when she comes through. But in the next shot, there is some glass left. 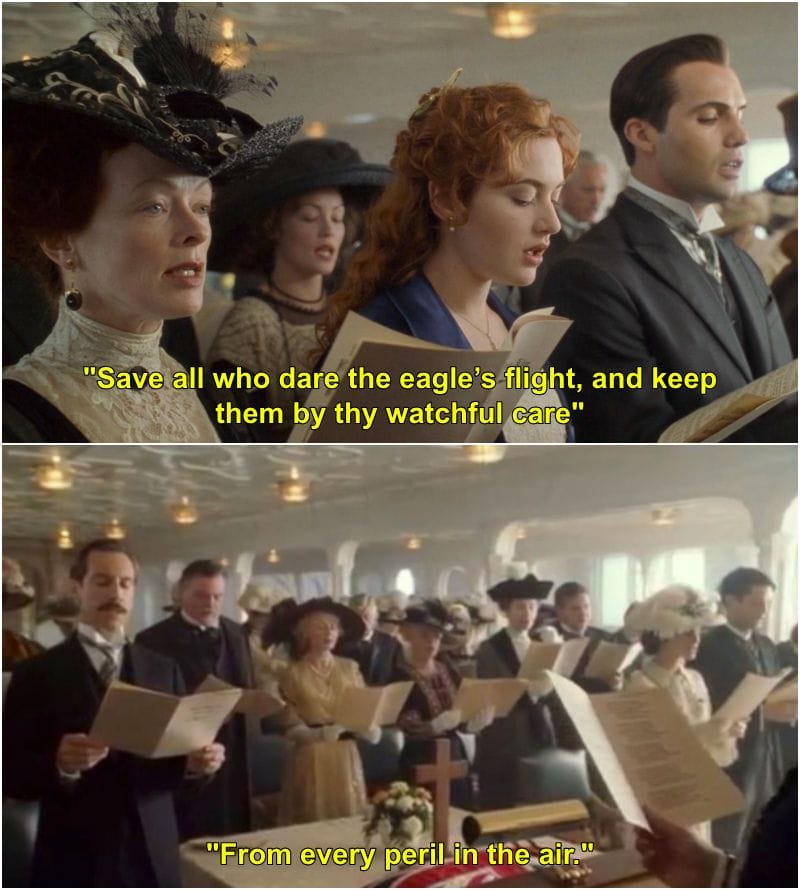 On Sunday Morning, the people in the church are singing the most beautiful song – a Navy Hymn called Eternal Father. The verse they are singing hadn’t been added till 1937.

How Did They Unlock The Metal Gate? 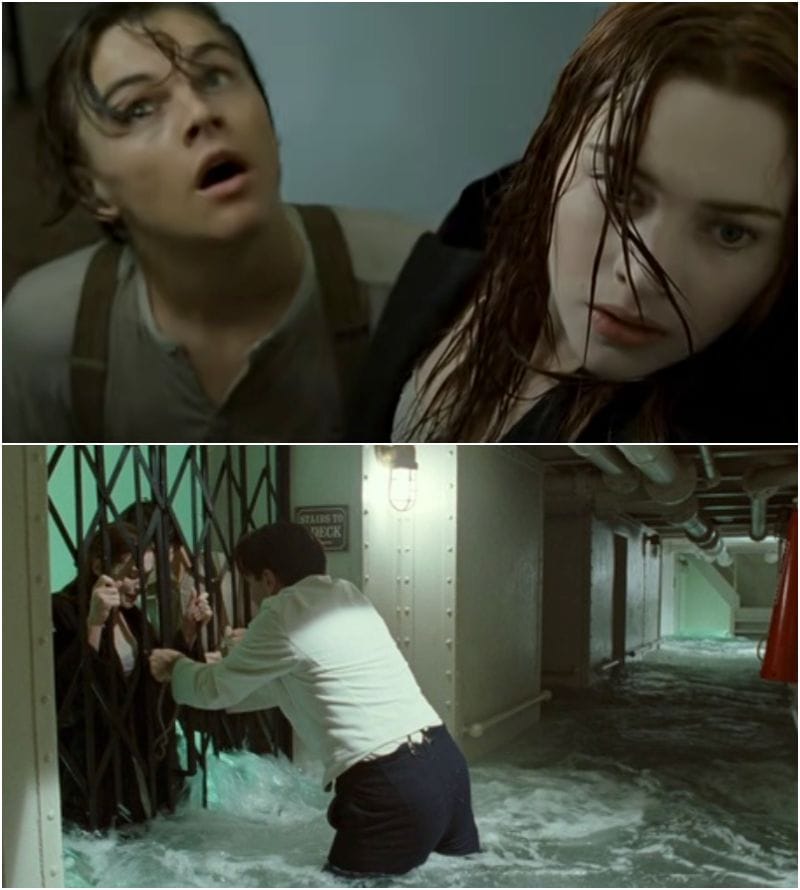 Jack and Rose had to unlock a metal gate underwater themselves, in the freezing ocean water. This isn’t possible as the fingers wouldn’t have the strength for proper functioning due to the freezing temperature of the water. 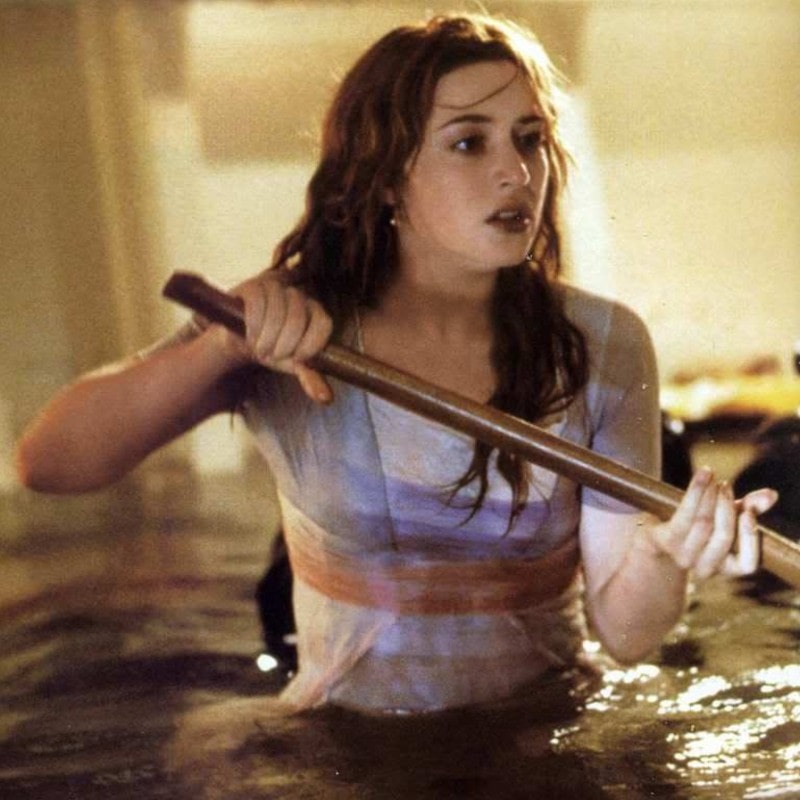 The kind of clothes Rose wears while she is drowned in water, it wouldn’t be able to provide her with the necessary warmth. She would freeze to death in minutes. 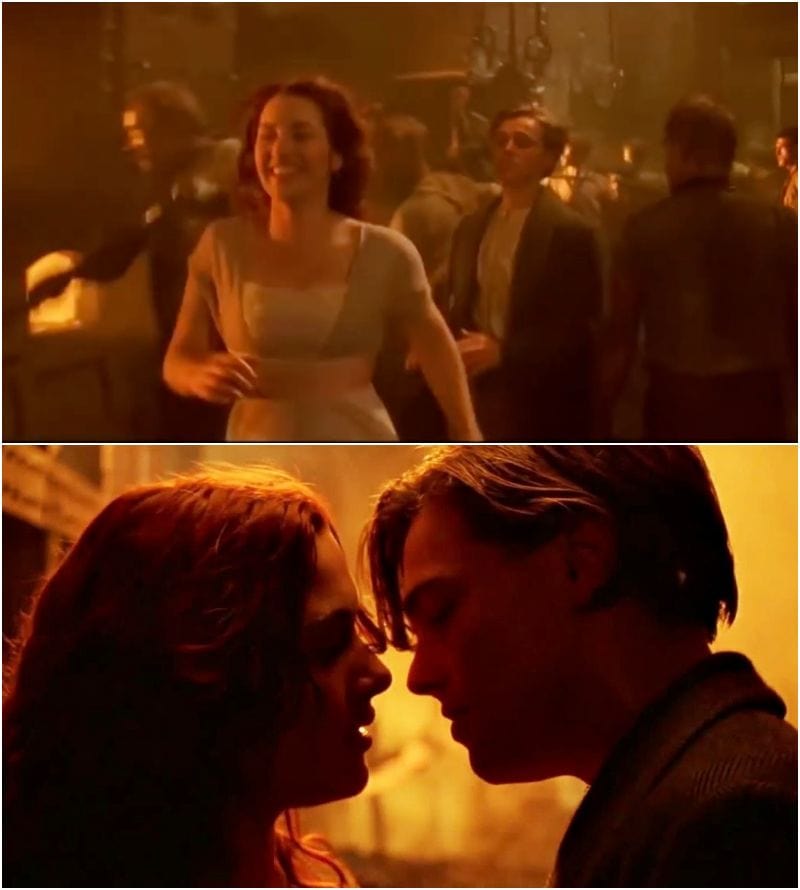 If Rose and Jack would have spent some time together in the Boiler Room in real life, then they would be both covered in soot from top to bottom. That is because the burnt particles of coal fly and cover the surroundings.

Aren’t The Cars Supposed To Be Locked? 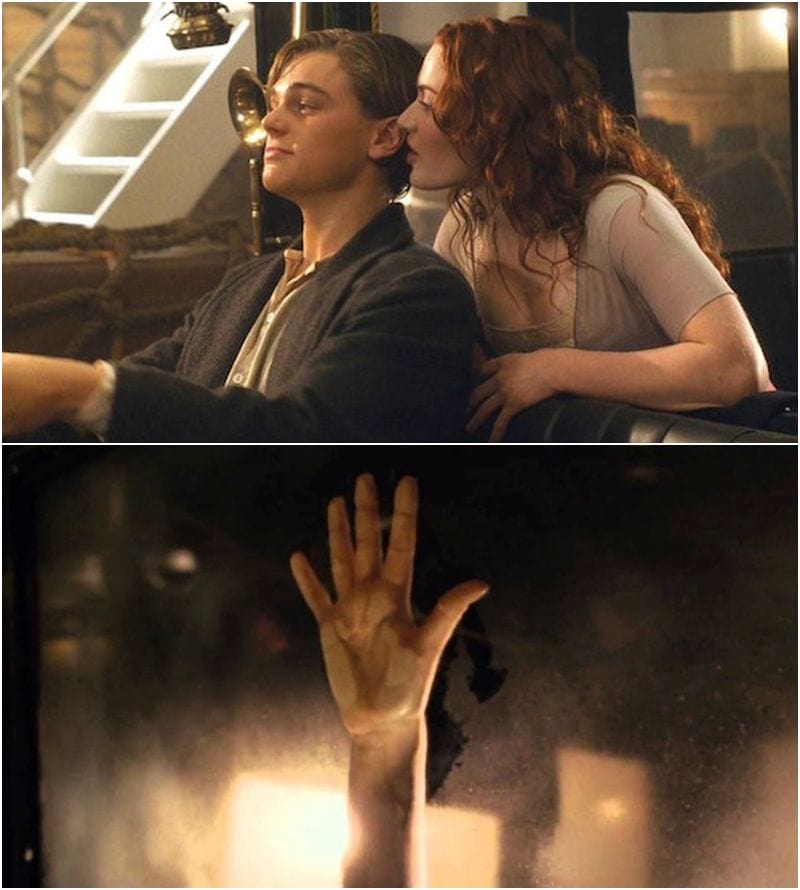 Rose and Jack made love in the cars that were in the ship. Bu t how did they open the doors. Did jack know to pick car locks? Was he a carjacker? 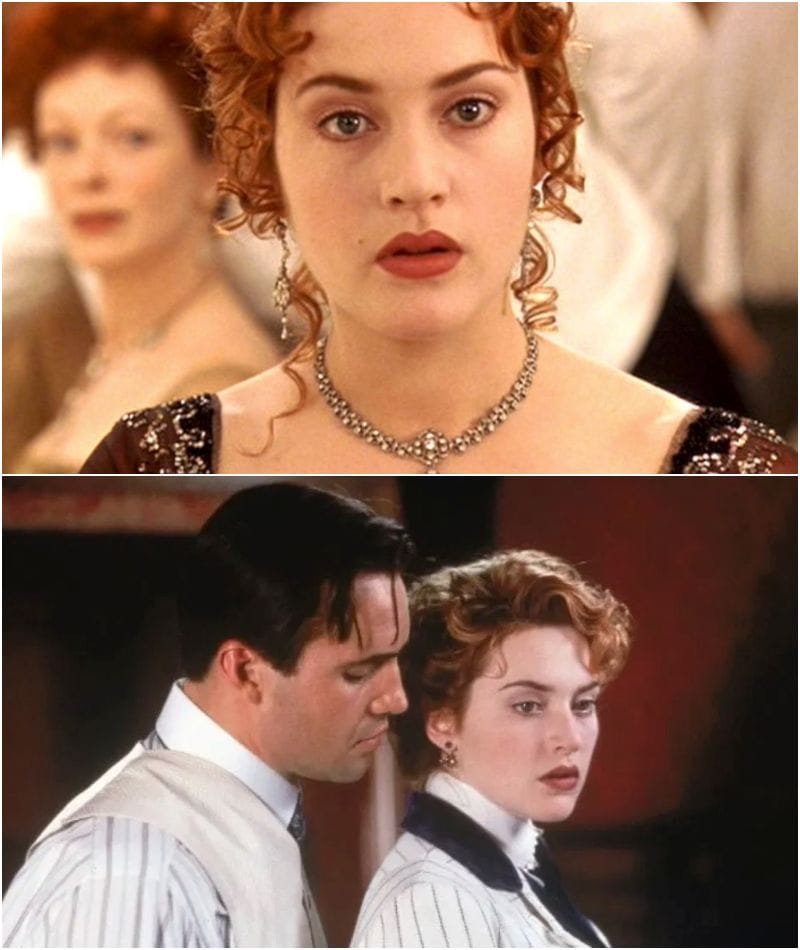 Women of high status never wore lipstick back in the day. That too a red one? Never. Lipstick was adorned by  suffragettes or women of lower status with little or no upbringing.

The Wires Under The Stuntmen Are Visible 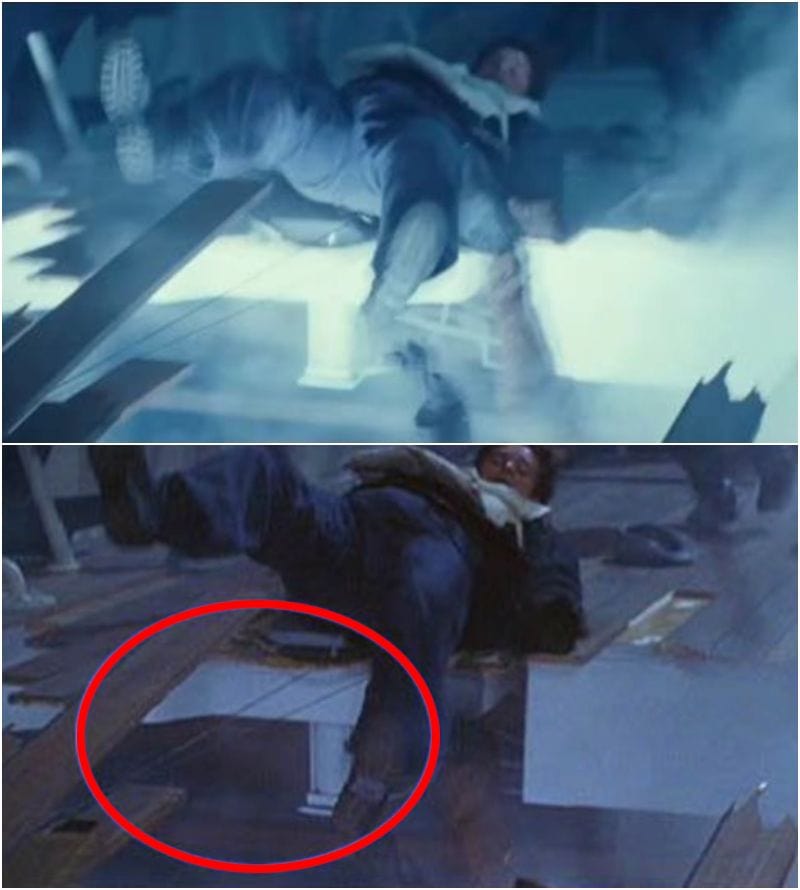 You can see the wires underneath the stuntmen who is lying on the ship’s deck. The stunts were so difficult and intricate, there were bound to be some mistakes.