Do any of you parents ever look at the bland boxes you’re packing your children’s lunch in and feel just a tiny bit sorry that your offspring weren’t able to grow up during the 1980s? Back then, our lunch was packed in beautiful boxes completely covered with colorful images of our favorite film and TV show characters. Have a well-deserved five-minute nostalgia break as you sit back, relax and let yourself be transported back to your school days with the following 10 beautifully retro lunchboxes.

He-Man and the Masters of the Universe 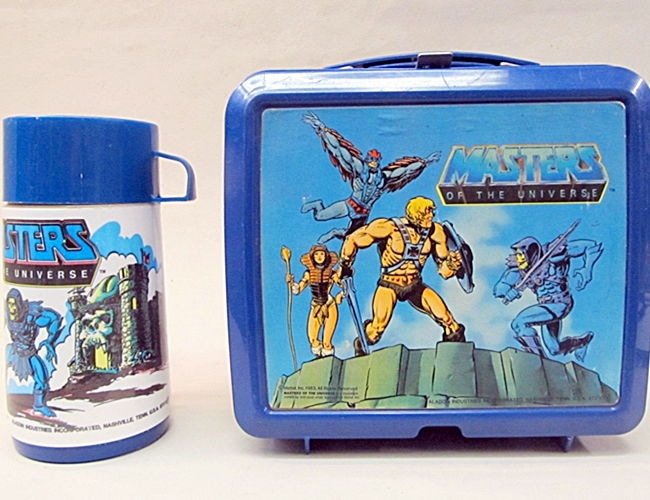 We may have been small, weedy children, but walking through our school gates with a He-Man lunch box in our possession made us believe that we too were the strongest beings in the entire universe.

There was a time when He-Man and the Masters of the Universe was our favorite TV show in the whole world, and having Eternia’s savior guarding our lunch made us feel completely safe and secure. 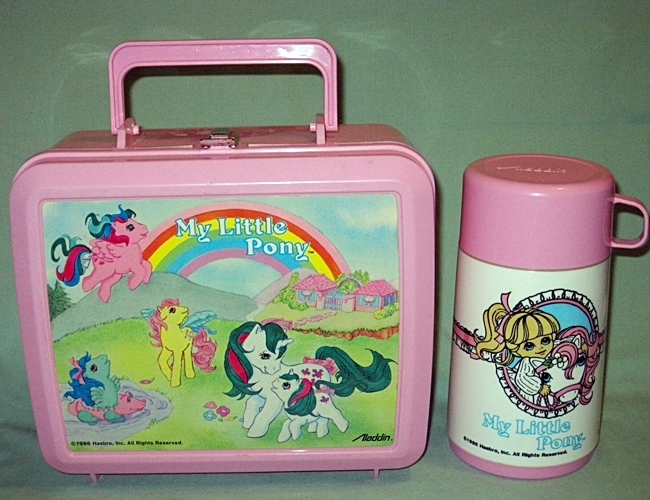 It was one of the most popular cartoons and toy franchises of the entire 1980s, so we were never shocked to see large numbers of My Little Pony lunchboxes being unpacked when the midday school bell rang.

And whilst we weren’t allowed any Butterscotch, Minty, or Cotton Candy for our lunch, we could at least be inspired by our favorite pony Applejack and consume some healthy fruit. 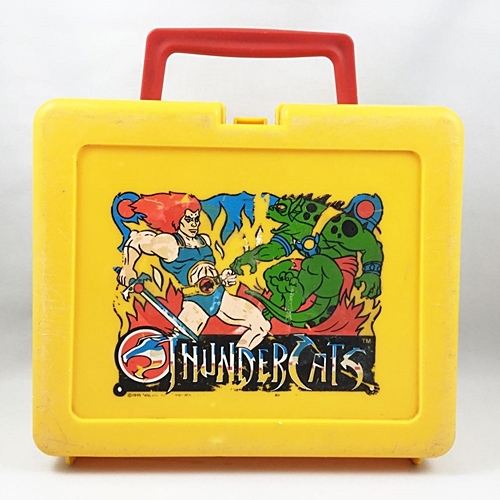 The ThunderCats on our lunch box were regularly ‘on the move,’ as they transported our Space Raiders crisps, Dairylea cheese triangles, and chocolate Club bar to school on a daily basis.

Whilst the ThunderCats’ head honcho Lion-O was always our favorite character from this classic 80s cartoon, a lunch box with Tygra, Panthro, or Cheetara on the front would have gone down just as well. 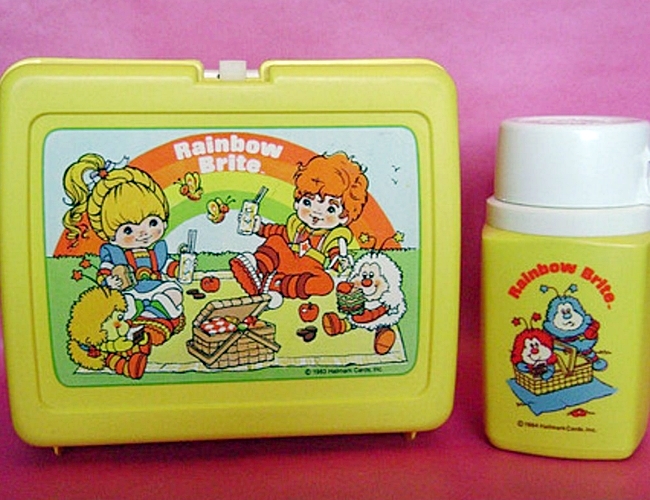 If you were after a lunch box that was more colorful than the ones owned by the other girls in your class, then you simply had to have one adorned with the face of Rainbow Brite.

Still, if you didn’t own one then there wasn’t too much cause for concern, because you still had your Rainbow Brite cuddly toy, lampshade, wallpaper, and bedspread waiting for you when you got home. 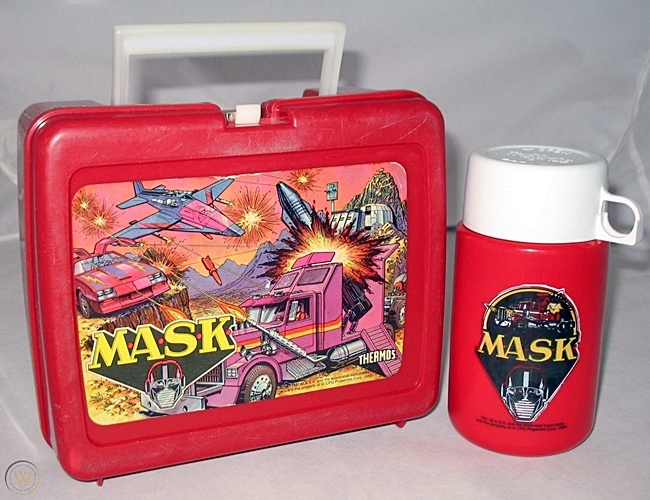 They may have spent most of their spare hours fighting crime, but the Mobile Armoured Strike Kommand still managed to find the time to keep our sandwiches fresh until lunchtime.

Whether yours had Thunderhawk, Switchblade, Condor, Firecracker, or all of the above on the front it didn’t really matter, because you knew you owned the coolest lunch box in your entire class. 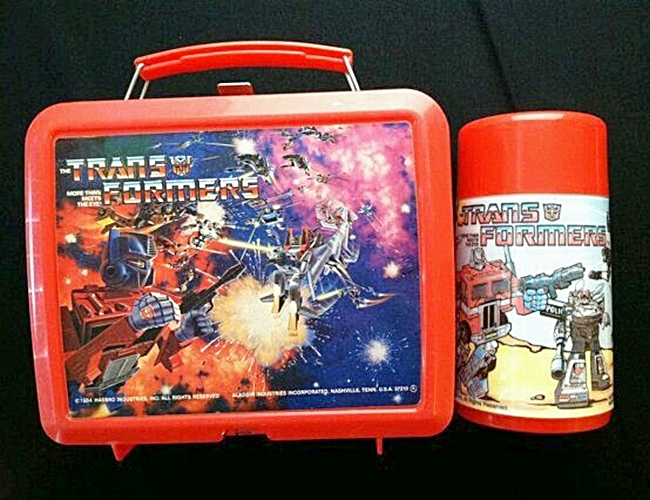 We would have much preferred it if our Transformers lunch box had transformed into an Autobot during playtime, but we still felt extremely proud to own a cheap plastic container that had Optimus Prime on the front.

We remember gazing for hours at the image on the front, which depicted the eternal battle between the two warring robot factions. 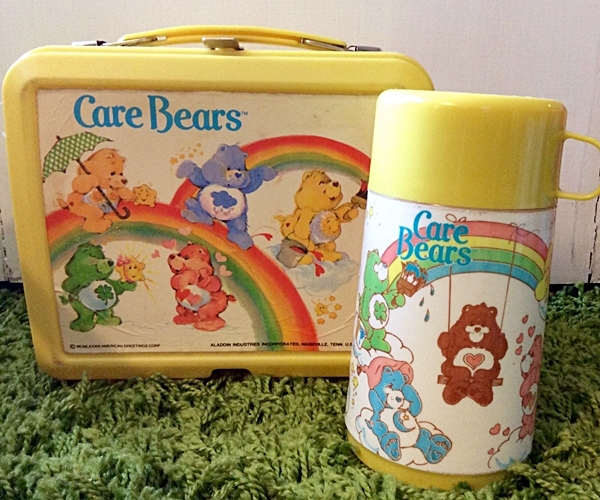 Some of the Care Bear toys that we cuddled up to during our 80s childhood are now worth quite a lot of money, but unfortunately the same probably cannot be said for our plastic Care Bears lunch box and thermos flask.

We were forced to fill the box with our daily sandwiches and crisps when we would have much preferred to stuff it full of our Care Bears books, stickers, stationery, and sweets. 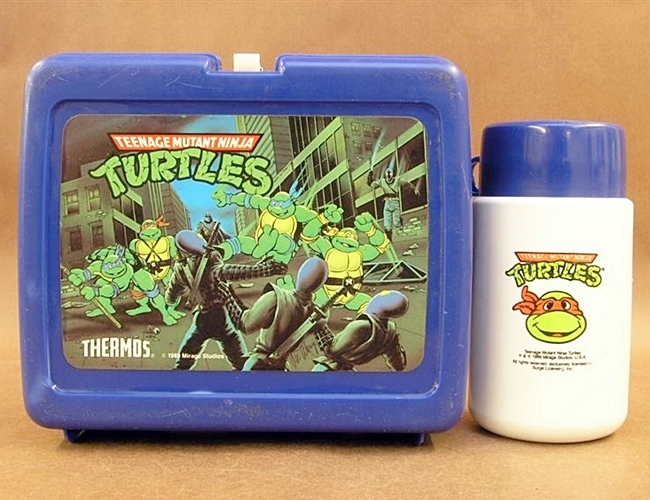 We seem to recall our Teenage Mutant Ninja Turtles lunch box having ‘Hero’ rather than ‘Ninja’ written on the front, but this unnecessary censorship didn’t stop us from enjoying the picture of Leonardo, Raphael, Donatello, and Michelangelo.

If we had had it our way then the TMNT lunch box would have been stuffed with pepperoni pizza, but instead, we had to make do with Peperami. 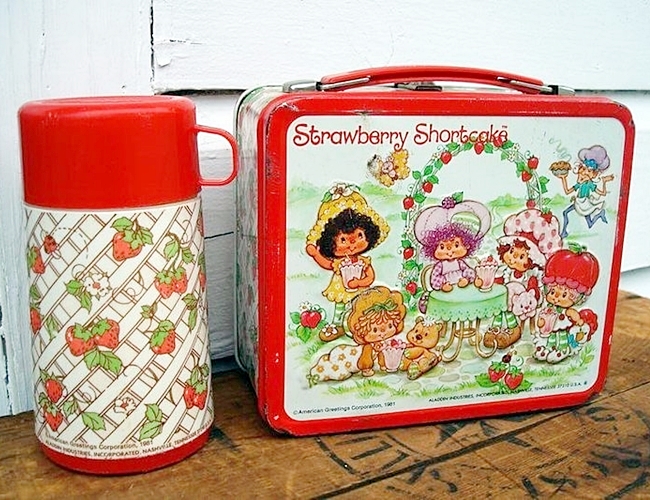 These food-themed characters were the perfect choice to have on our 1980s school lunch box, even if its contents could never live up to the names of the tasty-sounding friends on the front of it. 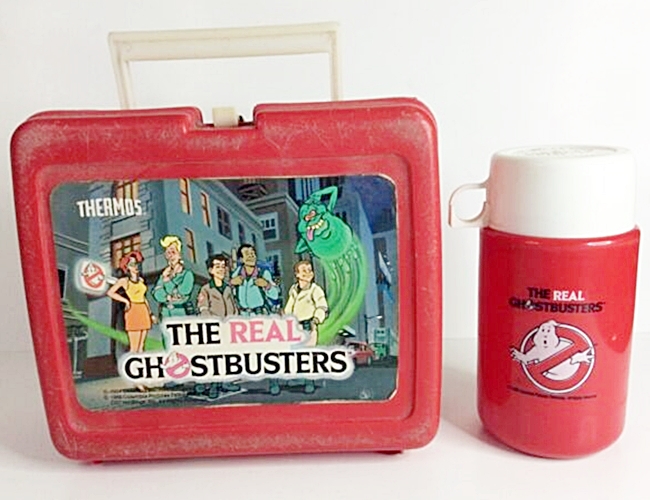 A perfect counterpart to one of the best films of the 1980s, the animated series The Real Ghostbusters brought millions of more children into the slime-and-marshmallow-covered world of Peter Venkman and his crew.

And whilst we certainly weren’t afraid of no ghost, we were absolutely terrified that our mum had filled our lunch box with disgusting fish paste sandwiches.