The Body Is Made Up Of A Lot Of Atoms

Every human body is made up of nearly 7 octillion atoms. One of the interesting things is that each of the atoms is as old as the birth of the universe.

A recent study has shown that it is possible for humans to snore at nearly 80 decibels. This is the same level of noise that is made by a pneumatic drill breaking concrete. If this sound level goes over 85 decibels, the human ear can be severely damaged.

Syncing Up The Heartbeat

Researchers at the Pavia University in Italy conducted a study that showed that the human heart changes its beat rhythm to copy the rhythm of the music that you are listening. So, if you are ever stressed out, it is totally scientific to listen to slow music and get calmer.

The Water In The Bones

The Colors That The Eyes See

The human eye can see more than 10 million different colors. This is because of all the cones and rods that are present in the back of the human eye. These are the cells that help us to see the colors and the different objects in our lives.

A Human Brain Can Light Up A Bulb

There are thousands of neurons in our brain and they pass on the signals from one part of the body to the brain through electric signals. A study has shown that the brain generates enough electricity to power up a light bulb.

Beulah Hunter holds the record for the longest pregnancy. She was a 25-year old woman living in Los Angeles and in 1945, she delivered a baby girl, Penny Diana Hunter, after a pregnancy that lasted for 375 days (12.5 months).

You Can Taste Things With Your Anus

Researcher Bedrich Mosinger conducted a study in which he concluded that the tongue is not the only organ with taste receptors. “[The] function of taste receptors and signaling proteins outside of taste system is still unclear… [in some areas] they seem to be part of the chemical sensing of sugars or amino acids,” he said. “For the most part, though, full function of these extra-orally located taste receptors is unknown.” According to the study, the taste receptors are present in the stomach, intestines, pancreas, lungs, anus, testicles, and the brain.

The Bacteria In The Belly Buttons

A group of researchers from North Carolina had conducted a study which resulted in the fact that the belly button has 1,458 species of bacteria living in it that we previously did not know about. In order to conduct the study, the researchers had to swab and swipe 60 belly buttons.

Professor Ronnie Lamont of hte Royal College of Obstetricians and Gynaecologists said, “The vagina contains more bacteria than anywhere else in the body after the bowel, but the bacteria are there for a reason.”

Your Feet Can Bring Taste To Your Mouth

If you ever want to test this theory, all you have to do is rub a slice of onion or garlic on your feet. Within an hour, you will feel the taste of the onion or garlic in your mouth.

The Strength Of The Human Eye

Converting the strength of the human eye into easy understandable measures, the human eye comes out to be of 576 megapixels. This fact was discovered by scientist and photographer Dr. Roger Clark.

The Iron In Your Body

A study shows that the human body has enough iron in it that it can help make a 3-inch nail. This iron is carried in the hemoglobin in our blood that also carries the oxygen to the various parts of the body.

You Are Taller In The Morning Than The Evening

When we go to sleep, the cartilage in our body relaxes and the vertebrae in our spine expand. This makes us taller when we wake up in the morning.

Mites Live In Our Eyelashes

Demodex folliculorum, a species of mite, lives in our facial hair. When a person grows older, the number of these mites tend to grow in number.

Embarrassment often makes us blush and the blood starts to flow to our cheeks. However, did you know that the lining of stomach also turns red when we blush?

Did you know that you lose an inch of height every two decades after you turn 30? This is because the vertebrae in our spine start to flatten with age and the space between the joints also shrinks down. As the muscles begin to lose mass, the height of the person shrinks down.

Humans Glow In The Dark

The human skin is luminescent and the only reason why we cannot see that glow in the dark is because the light is too low to be detected by our naked eye.

The total fat in our body is somewhere between 12% and 15% for the males and between 25% and 28% for the females. This is enough fat to make nearly seven bars of soap or 75 candles.

You Can’t Swallow And Breathe At The Same Time

Since the food and air passageways have a common atrium in the larynx, doing both activities can result in choking. Interestingly, burping is caused when some of the air goes down the food pipe.

The right kidney in our body is placed a little lower than the left kidney. This is because right above the right kidney, there is the liver which is quite a big organ. It requires more space and the kidney is aligned below to accommodate the liver.

Studies have shown that during pregnancy, a woman’s brain can shrink and this condition is known as pregnancy brain or momnesia. Women tend to forget little things and have episodes of forgetfulness while they are pregnant.

You Can Fill Up Two Swimming Pools With Saliva

A study conducted by researchers in Canada concluded that “women have a circadian rhythm, which runs between 1.7 and 2.3 hours ahead of their male partners.” This means that a woman’s heart beats faster than that of a man.

The Body Organ That Does Not Get Blood

The cornea in our eyes does not get a blood supply because it gets its oxygen supply directly by coming in contact with the air.

The Mucus You Produce Everyday 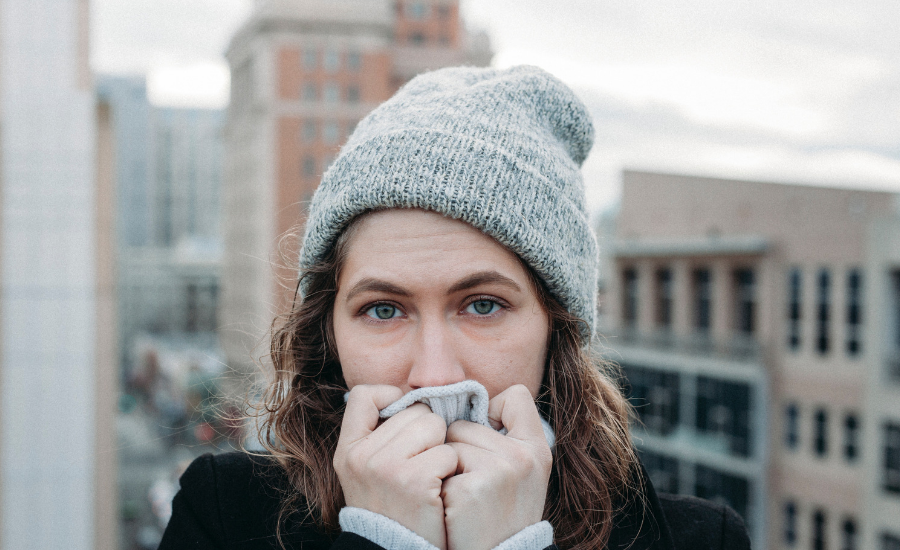 On a typical day, an average person produces enough mucus through their nose that they can fill a small cup with it. Jeffrey Spiegel, an ENT surgeon at Boston University, said, “Mucus is essential for the protection of your body. It’s a protective barrier and it allows you to breathe comfortably. If you had no mucus, you’d be quite sorry you didn’t.”

Farts In A Day

An average person farts enough in a day to fill up a party balloon. Present this fact to your friends the next time they deny farting. Studies show that an average human farts about 14 times a day.

Babies Are Born With Blue Eyes

This is true. All babies are born with blue eyes and later on, the melanin kicks in which leads to the coloration of the eyes. Blue eyes as adults are most common among Caucasian people because the pigment is present in less quantities in them.

An average man in the prime of his life produces nearly 290 million sperms every day. This is enough to repopulate the earth in a period of just six months. So if you imagine an apocalypse scenario, just one man with enough women can be the savior of humanity.

When you get a sunburn, it is actually your cells committing suicide because they were exposed to a high intensity of the sun.The process is called apoptosis and is most common among the people living in the tropical belt.

Many researches over time have suggested that the people who dream often tend to have a higher IQ level than those who do not. However, this fact may not be true for all cases.

You Can Make Your Muscles Stronger Doing Nothing

Imagine that you are exercising and your muscles will start to get stronger! Yes, it is that easy. If you think about exercising, you trick your heart into pumping blood faster and thus you get a great workout without actually moving a muscle.

You Hear Less On A Full Stomach

Studies have shown that your hearing powers become less sharp when you are on a full stomach. This is because most of the blood in the body is directed towards the digestive system to get the nutrition.

90% Of The Diseases Are Caused Due To Stress

The Physiology of Faith: Fearfully and Wonderfully Made to Live and Prosper in Health, written by Craig A. Nelson, suggests that almost all the chronic diseases are often a result of stress and even the diseases that are not, can be magnified because of stress.

Emotional Tears Are The Sole Property Of Humans

“In the sense of producing emotional tears, we are the only species,” says Professor Ad Vingerhoets from Tilburg University. “All mammals make distress calls, like when an offspring is separated from its mother, but only humans cry,” he says.

Want To Avoid Bad Dreams? Lower The Temperature In Your Room

“In order for us to get a good night’s sleep, we need to lose around 1ºC of our internal body temperature, which sits around 37ºC,” Dr Neil Stanley, former chairman of the British Sleep Society told MailOnline. “We typically lose that through our head or face, which pokes out of the duvet. If you’re sleeping in a room which is too warm, your body’s core temperature is unable to lose that heat and your sleep will be disturbed.”

The Youngest Parents In The World

The youngest parents in the world were two kids, aged 8 and 9, in China. These kids lived during the early 20th century and became parents in 1910. The youngest mother in the USSR was a 6-year old girl who was raped by her grandfather in around 1930.

According to a study published at King’s College, London, people with moles have younger skin and better bone density than those who do not have moles. The two factors are directly related to life expectancy.

You Can Digest Razor Blades

The hydrochloric acid in our stomach has a pH of around 1 to 2. This is similar to the sulphuric acid that is present in batteries. The acidity of the acid is strong enough to dissolve steel.

Men Have Erections While Sleeping

According to Bentham Open, “Men typically have five nocturnal erections during an eight-hour sleep cycle, with each erection lasting about 25 minutes. That’s about one erection every 90 minutes. It didn’t take long for researchers to note that this pattern was strikingly similar to another 90-minute cycle that occurs during sleep—REM phase sleep.”