Dubai is known for its glitz, glamour and the ultra mega rich families that make this the world’s golden nest. A city that’s known for always going bigger and better than anyone else. From high end Lamborghinis and Ferraris filling the streets to everything-gold, anywhere you look, there are a lot of things in Dubai that you won’t see anywhere else.

Tennis As An Extreme Sport 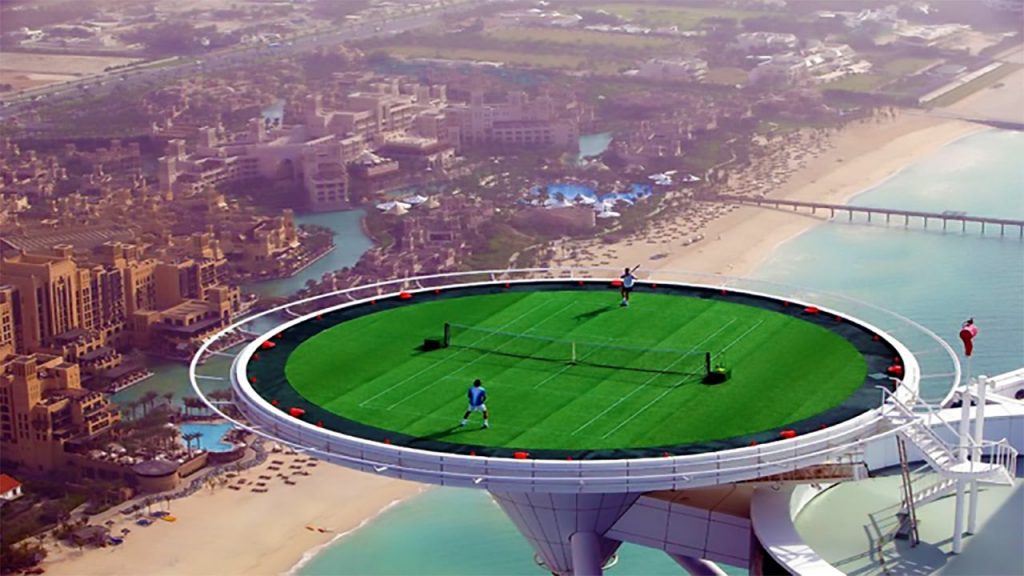 In 2011, the Burj Al Arab hotel turned its 211-meter high helipad into the most elevated tennis court in the world. As if that wasn’t enough, they invited world tennis superstars, Andre Agassi and Roger Federer for a match! 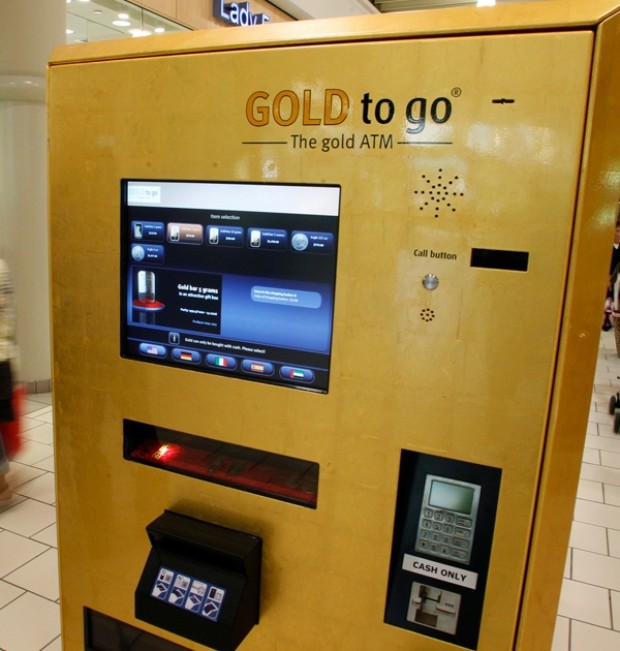 Head over to this ATM to pick up some gold before you meet your friends at the beach. Whether you’re looking for a small 2.5 gram piece or a whole solid gold bar, this is where you’ll be taking your pot of gold!

Cell Phones The Price Of Houses 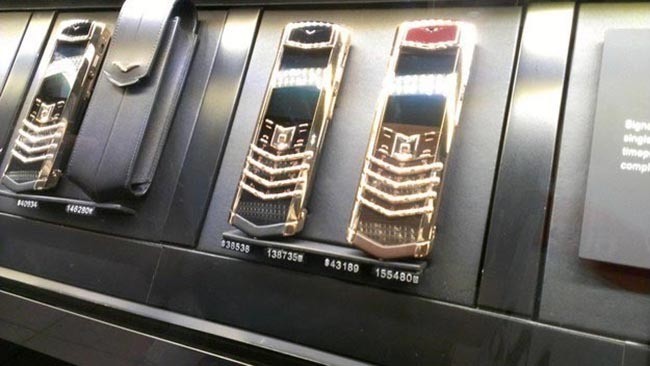 Look a little more closely at this photo and you’ll see that one of these phones costs over USD $150,000. It’ll come as no surprise to find out that the net worth of Dubai’s 4 listed billionaires is the same as the GDP of Honduras! 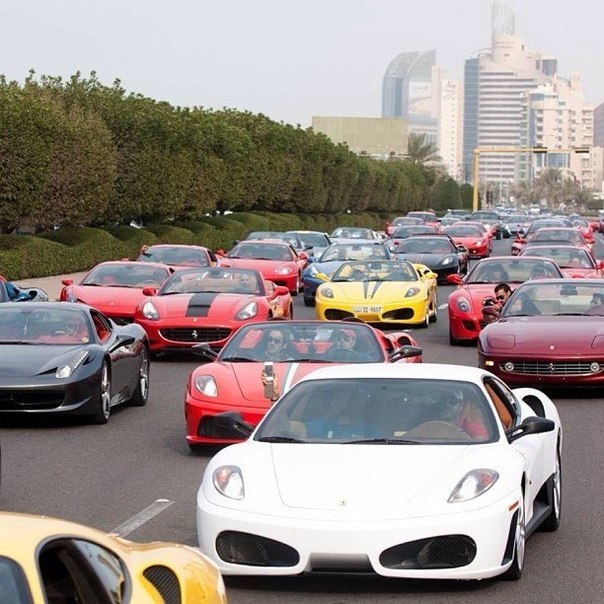 Lamborghinis, Bugattis, Aston Martins, you name the supercar of your liking and you’re guaranteed to see it in Dubai. With its cheap fuel prices and culture that prizes cars as a symbol of freedom and status, Dubai’s a place where people go crazy for a supercar.
[nextpage] 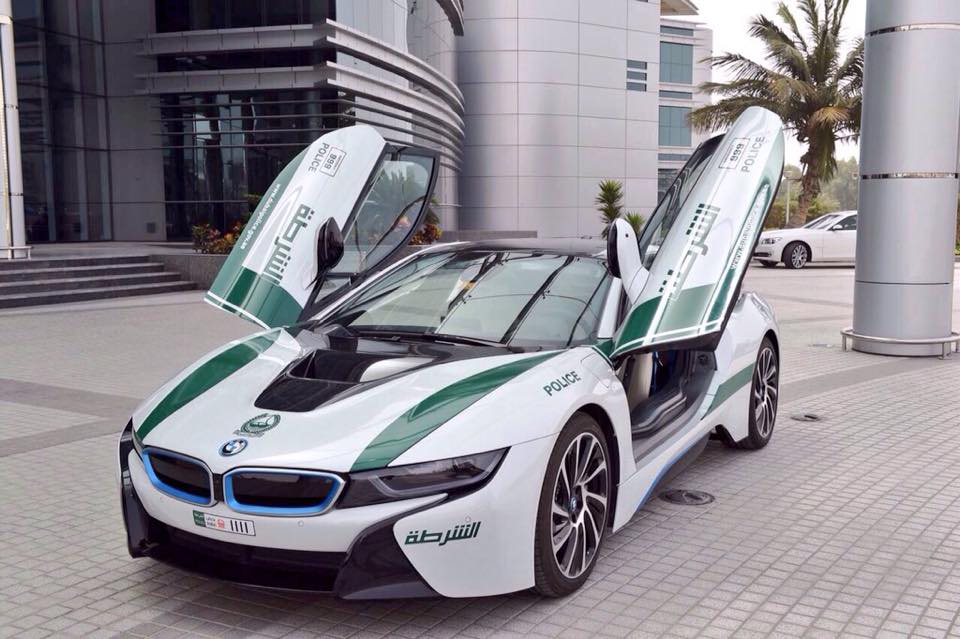 With all those supercars speeding around the streets, the police aren’t going to be able to keep up with criminals in a Crown Vic. Instead they’ve got Aston Martins, Porsches and even the world’s fastest police car, a Bugatti Veyron. 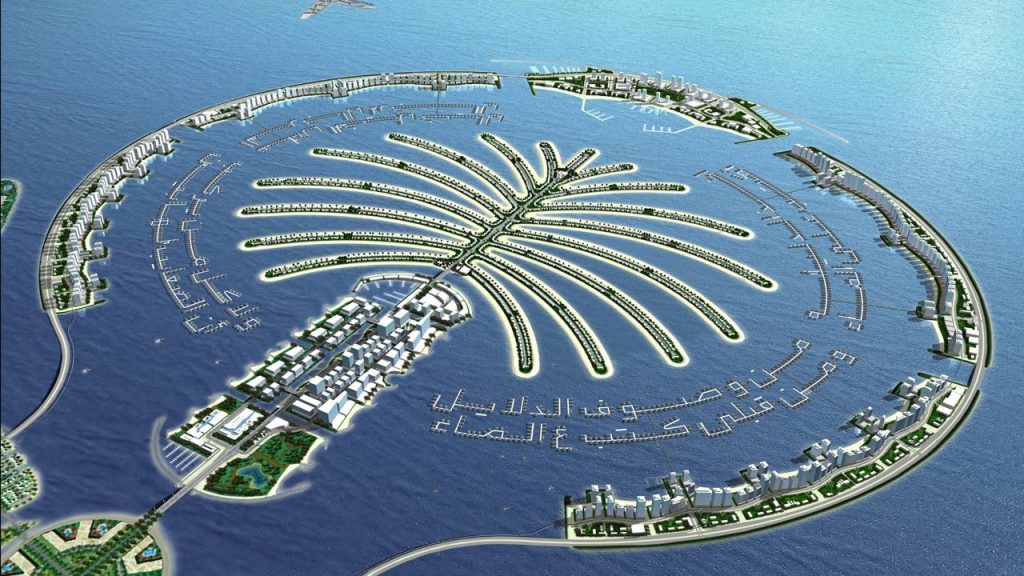 In Dubai, if you want some more beaches, you build them! Palm Islands was designed in the shape of palm leaf fronds to maximize the amount of beach front space on each island. But creating them needed a hell of a lot of sand – enough fill two Empire State Buildings! 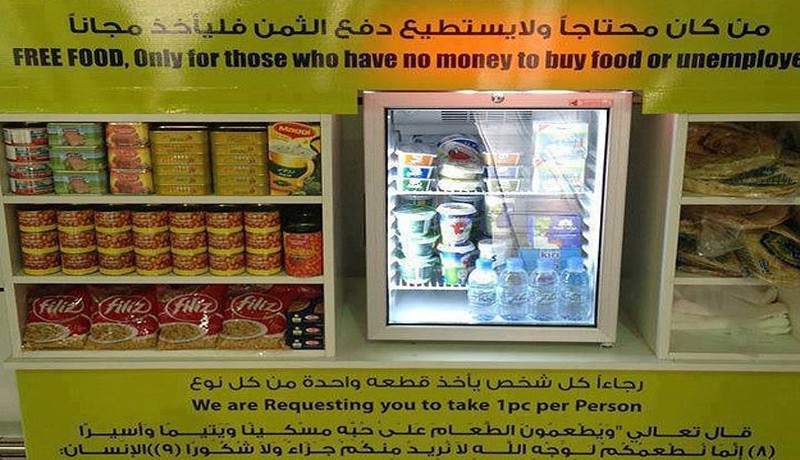 They might have lots of cash in Dubai, but they have some huge hearts to go with it! This tasty selection of food is free for people with no money, or who are unemployed to take home with them during Ramadan. How cool is that?

No, that isn’t some weird looking dog peering over the side of that speedboat, it’s a lioness. If that makes you sad don’t worry, wild animals were finally been banned as pets in Dubai in 2017.
[nextpage] 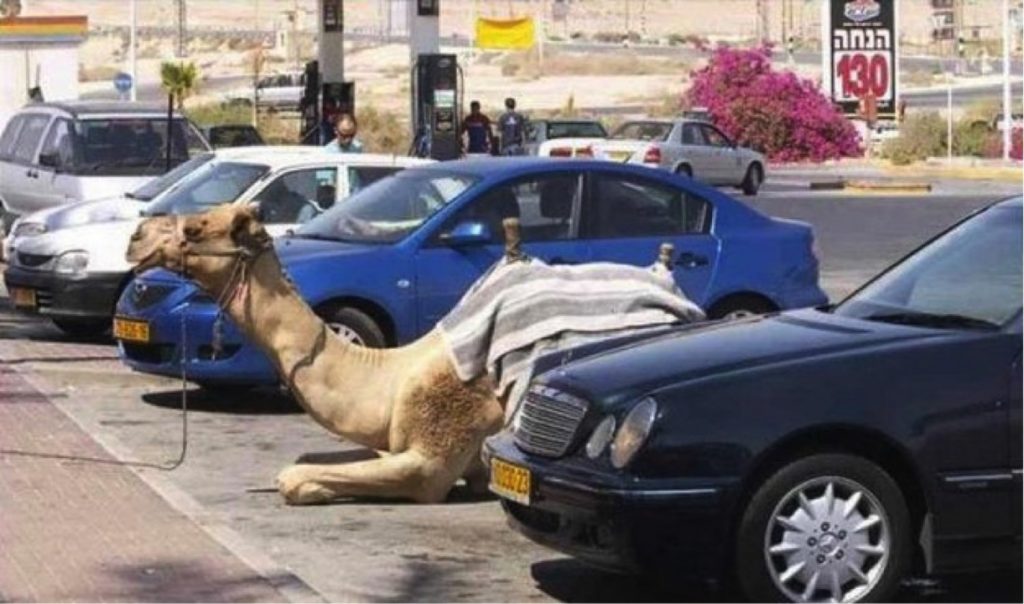 Yeah, that’s a camel in that parking space! Well, people still use camels to get around and it’s not like they can take them into a Ralph Lauren store, can they? Did you know camels are also the stars of one of Dubai’s most popular sports? Camel racing!

Tastes Of The World 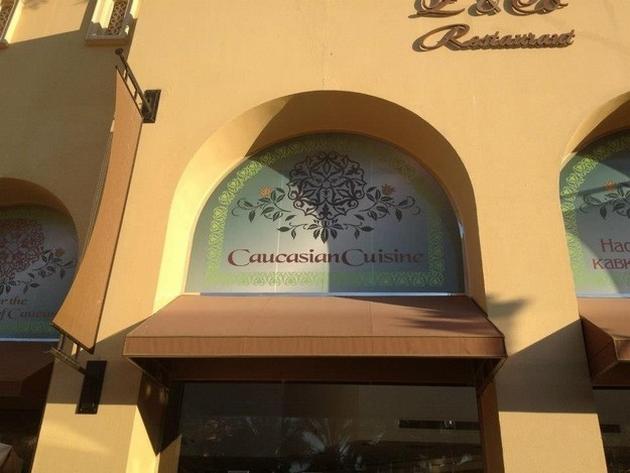 Why go for Mexican or Chinese when in Dubai you can go for Caucasian? Jokes aside, you’ll find food from all over the world in Dubai as expats outnumber Emiratis 6 to 1. 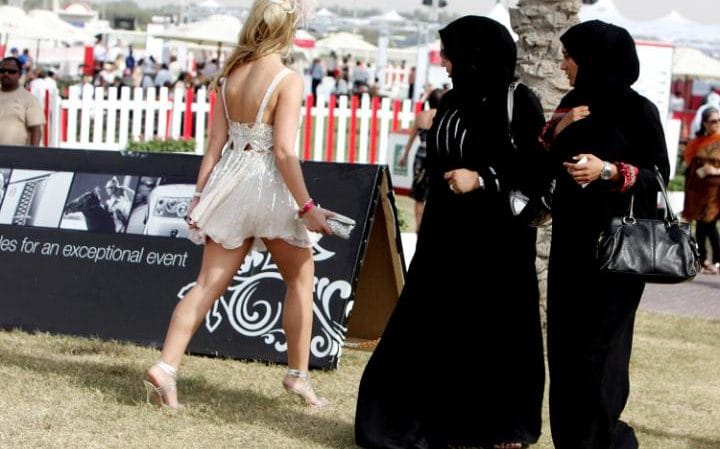 Islam is the main religion in Dubai, and although it’s less conservative than other places in the region, you’ll still see lots of scenes like this one where tourists and locals meet, and so do the stares!

‘Snow Way’ You Can Ski In The Desert!

They say that money can’t buy you everything, but sometimes that’s just not true. In Dubai, it can get you a ski vacation in the middle of the desert! With a ski slope, sub-zero zip line and its own flock of penguins, Ski Dubai’s Snowpark really is pretty unique.
[nextpage] 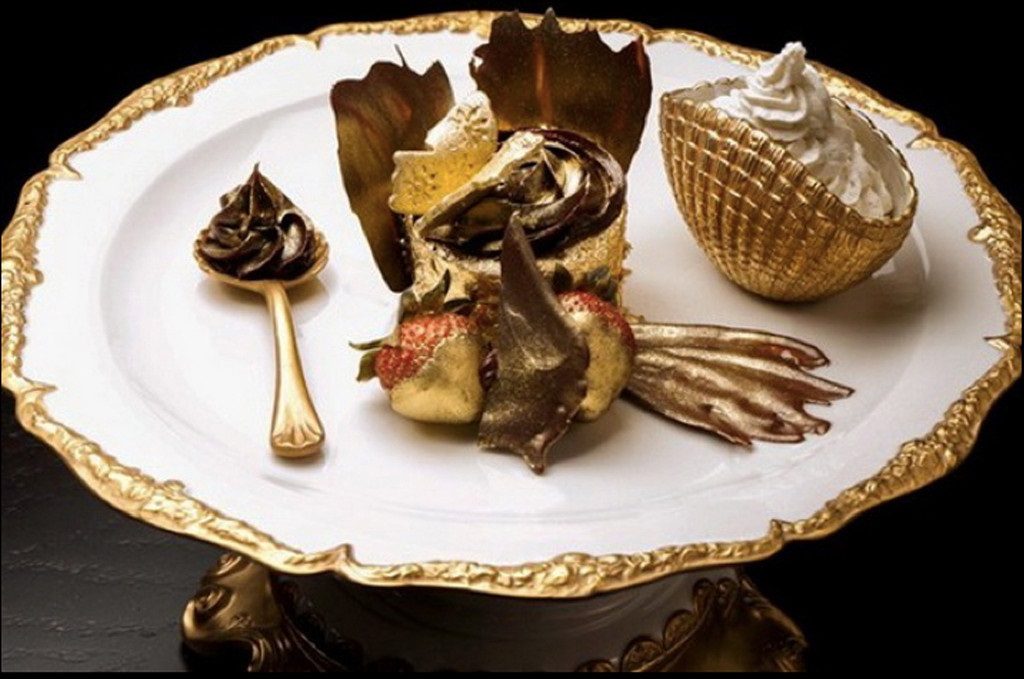 This is the world’s most expensive cupcake covered in 23 karat gold! If you can’t believe people in Dubai actually have that much money to spend on a cupcake, just listen to this. In 2015, a woman left AED146,000 ($39,700) in a toilet cubicle in Dubai airport. Not just something you casually forget right? But the best part is that it was returned to her! Only in Dubai. 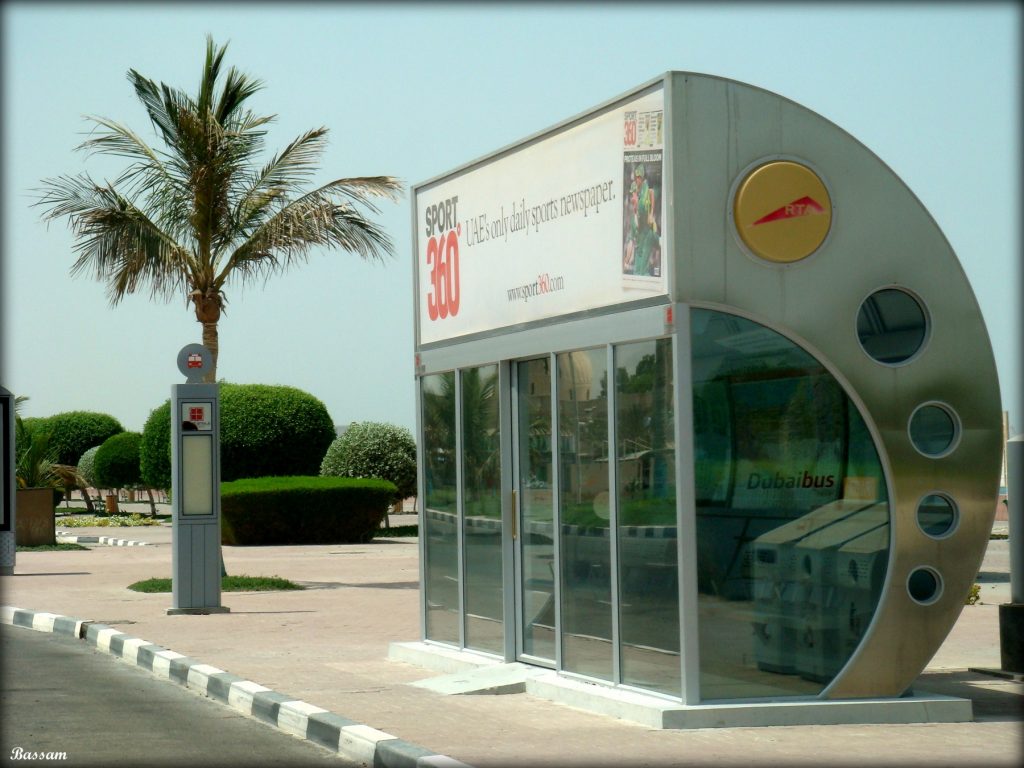 These cute shelters are in fact luxurious air conditioned bus stops. Yup, there’s no getting hot and sweaty waiting for the bus home in Dubai! But with the average August temperature hitting 97 Fahrenheit, they’re kinda needed! 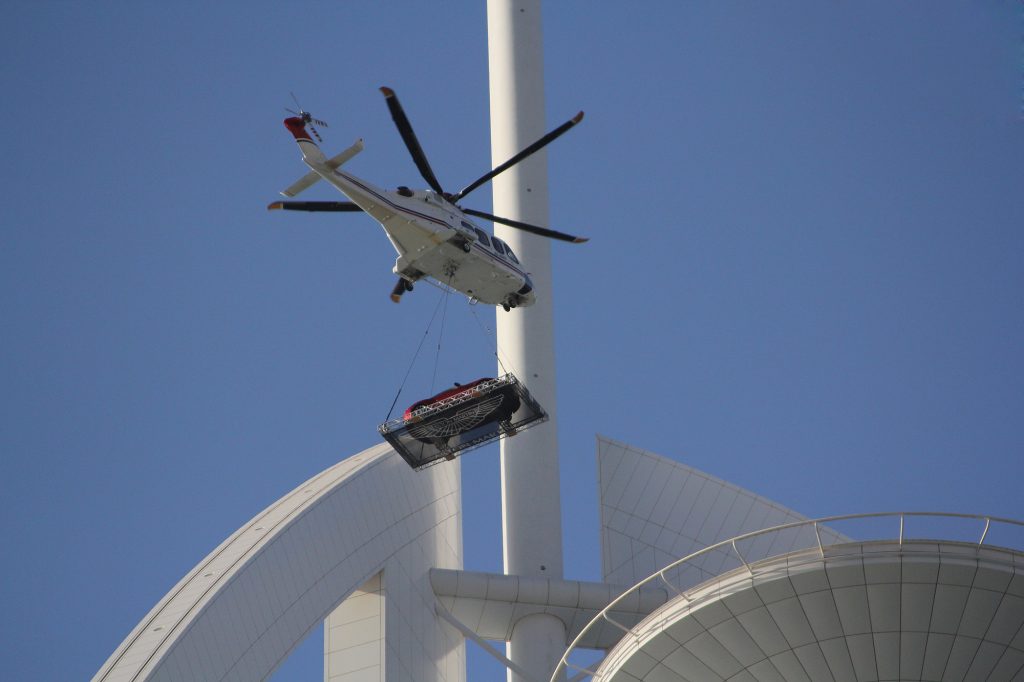 Using your helicopter to carry your seriously expensive car above the skylines of one of the most glamorous cities in the world is a great example of “first world problems”. If you had to choose just one photo to summarize Dubai, I think this has got to be it.