When you are celebrating a birthday, you expect it to be fun and full of joy and happiness. After all, a birthday is a happy occasion and everyone loves to receive presents from their friends and family. There are many instances where a child’s parents are divorced and they get to celebrate their birthday twice. Kelsey Frederick is one of the girls who had two parties for her birthday because her mom and dad were divorced. However, even in her wildest dreams, she could never imagine the things that would happen to her on her 13th birthday. 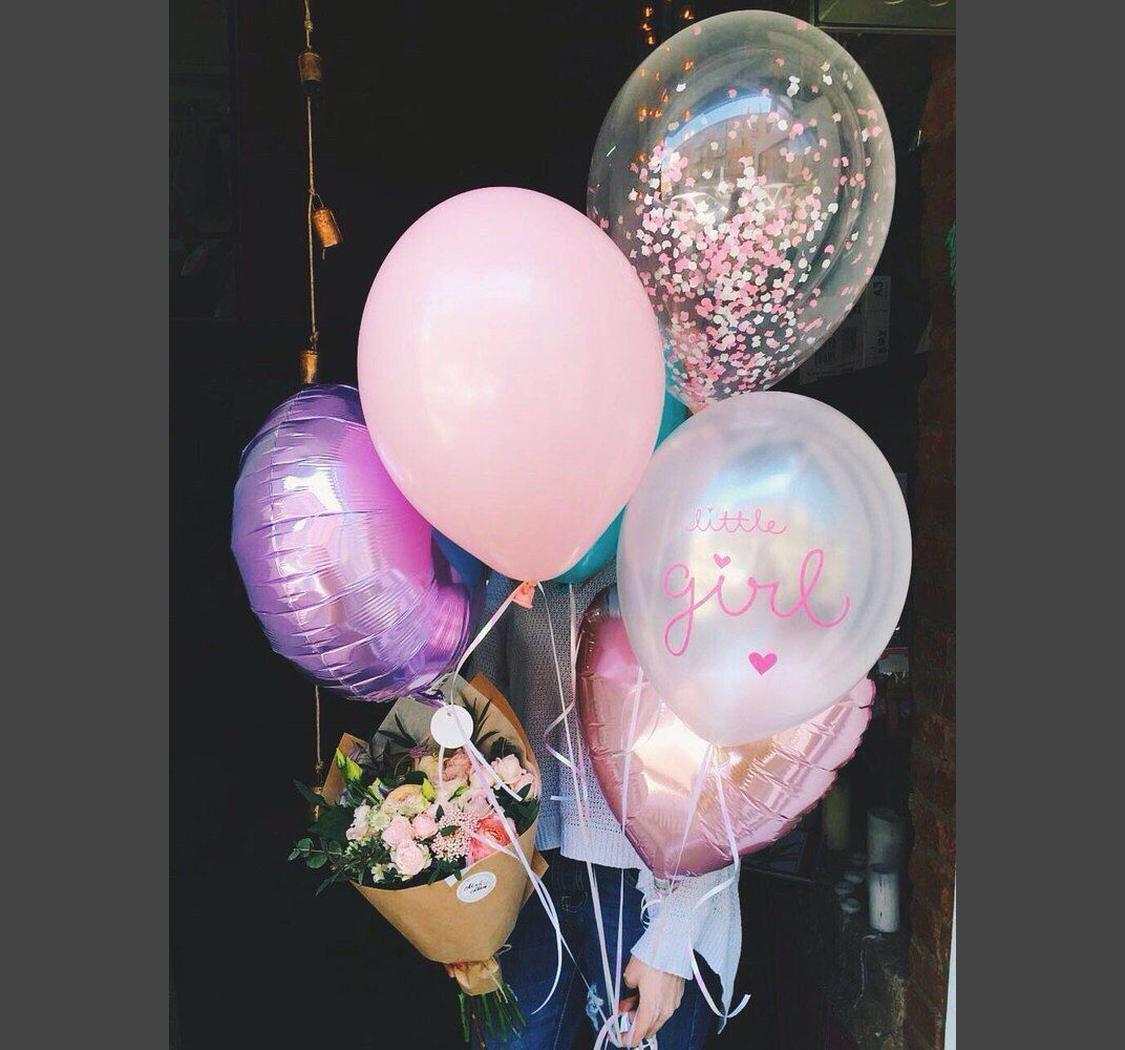 It started as a very special day. Kelsey was turning 13 and she was very excited. She was a child of divorce and was eagerly waiting for the two birthday parties that she always got. She was used to the situation and was only excited about the celebrations to begin for her special day.

Unimaginable Things In Store For Her 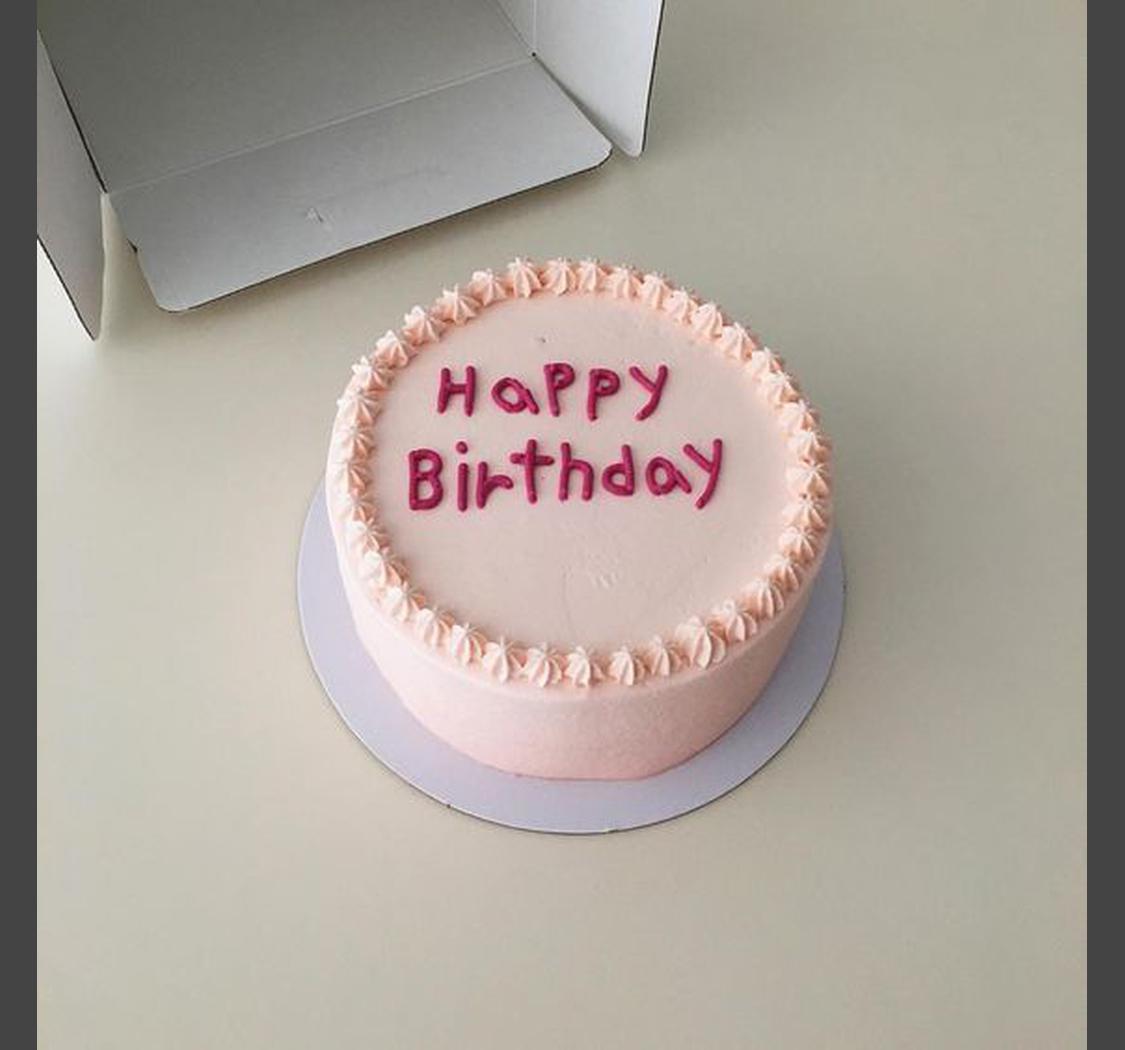 Kelsey had never expected that something terrifying would happen to her and that too on her birthday. As it turns out, the number 13 proved to be quite unlucky for Kelsey and she received quite a shock on her special day. 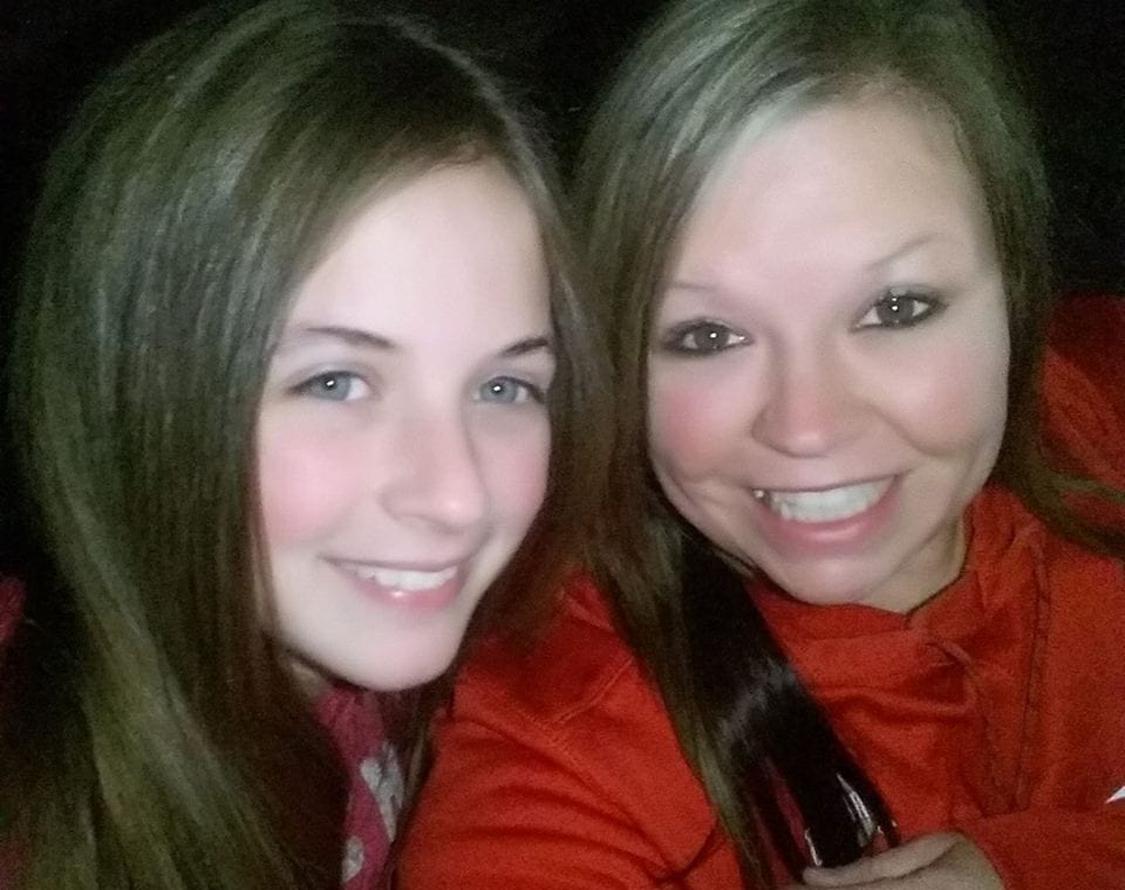 Since you already know that Kelsey’s parents were divorced, you should also know about the living situation. Kelsey lived with her mother, Christin Johnson and the two were closer than ever. They were more than mother-daughter. They were best friends. Kelsey enjoyed the time that she spent with her father but she knew in her heart that her connection with her mother was and will always remain more important to her. 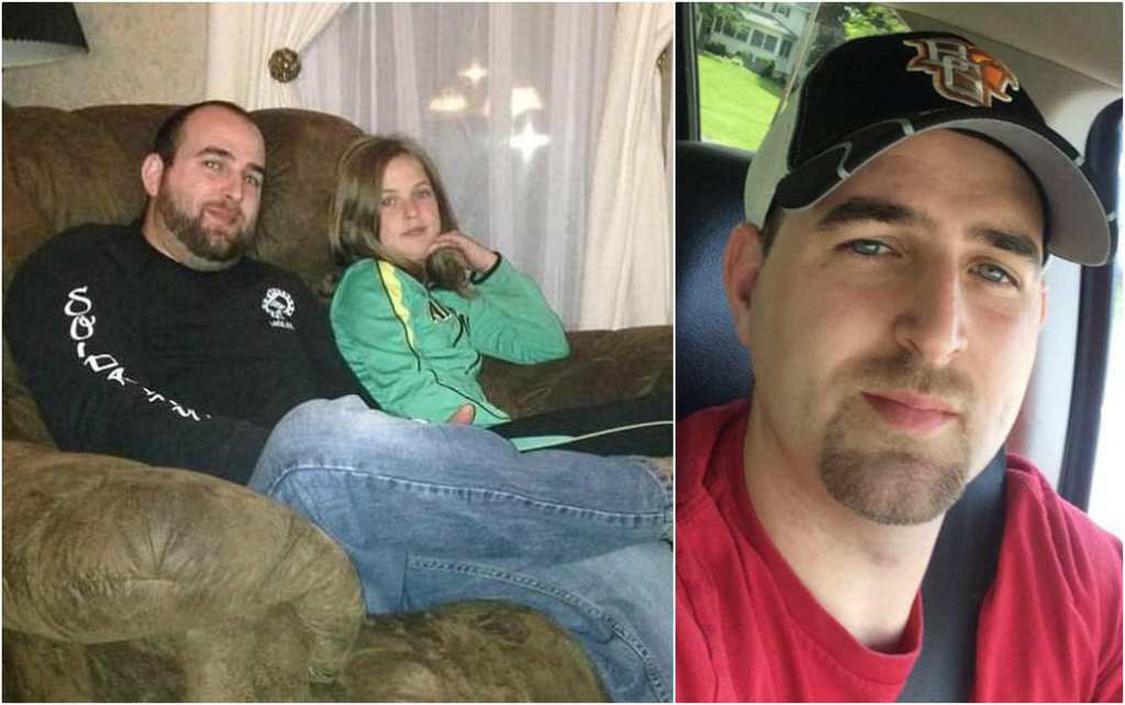 Kelsey’s mom and dad were not good partners together but they tried their best to be the best parents to their daughter. The father, Schaffen Frederick, had found a girlfriend and was living with her. The two of them worked at the fire station and Kelsey was on good terms with both of them. This also proved to be quite good for her relationship with her dad. 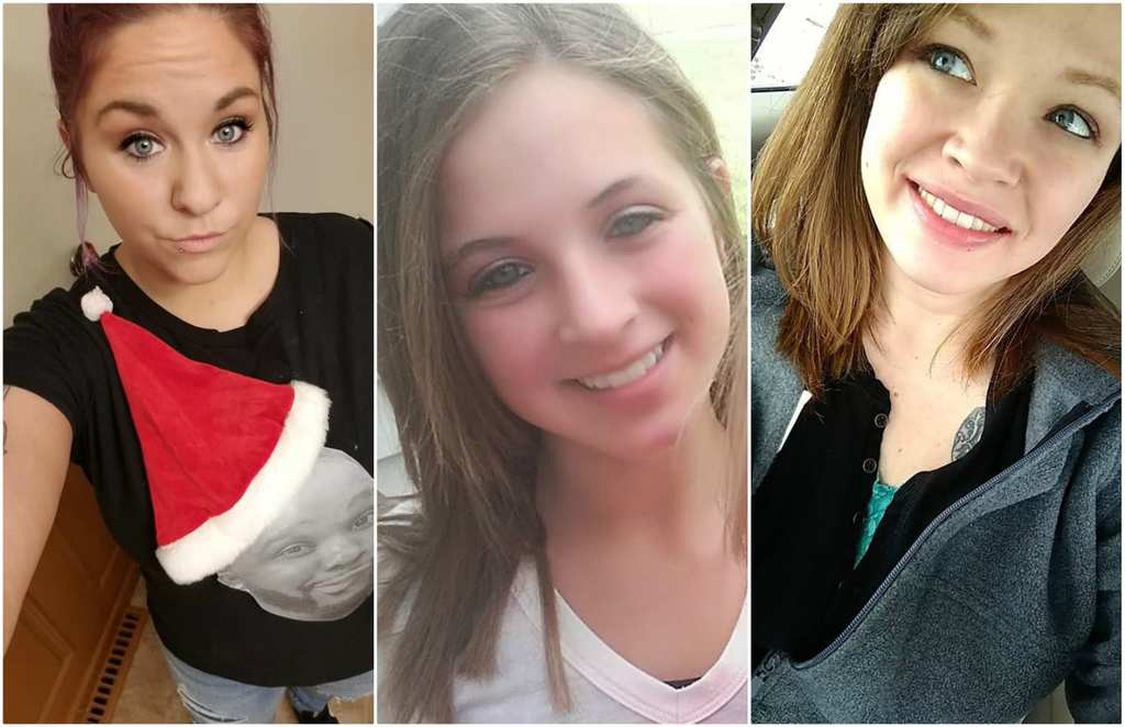 Kelsey was surrounded by quite a lot of people in her life apart from her mother and father. There were two more female role models in her life and they were just as important to her as her mother. One of them was her aunt, Kelly, who was always there for the young girl. The other was her godmother, Haylee Ann, who gave her the best advice whenever she needed.

Getting Her The Perfect Present 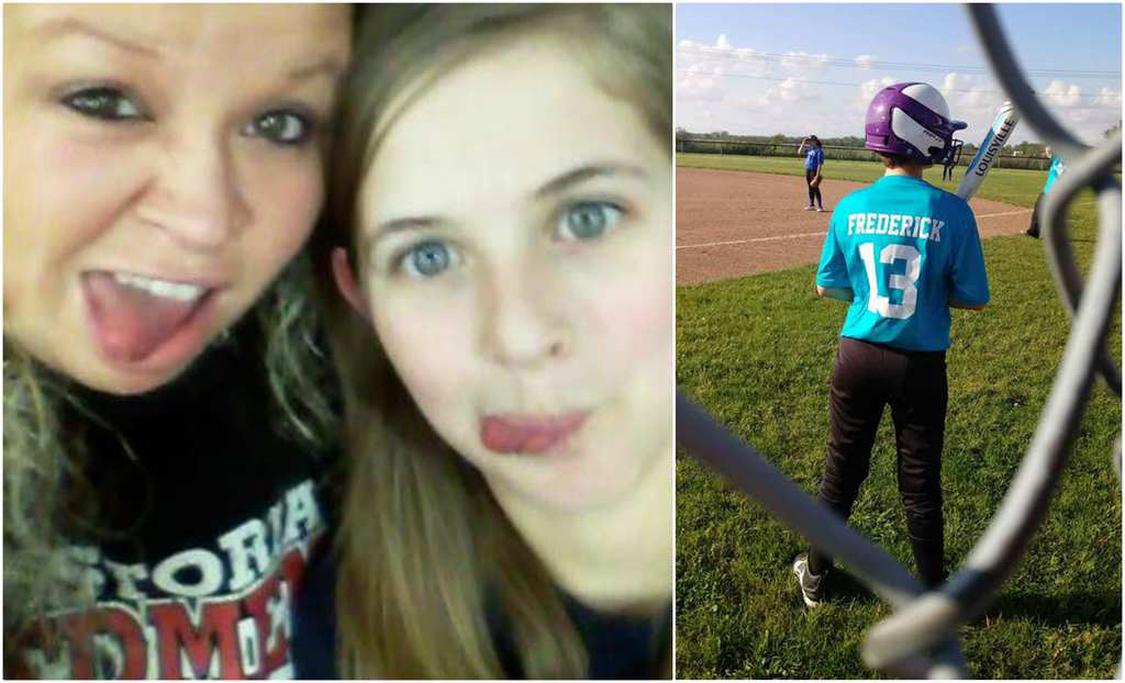 Ever since her childhood, Kelsey always had what she wanted and needed. This does not mean that she was a spoiled girl but she was not one of the typical girls either. She was a member of the softball team and had her jersey with her name on it. Christin was having a hard time figuring out what to get her little girl since she had to get something that her daughter could not expect.

Her Mom Knew Her Well 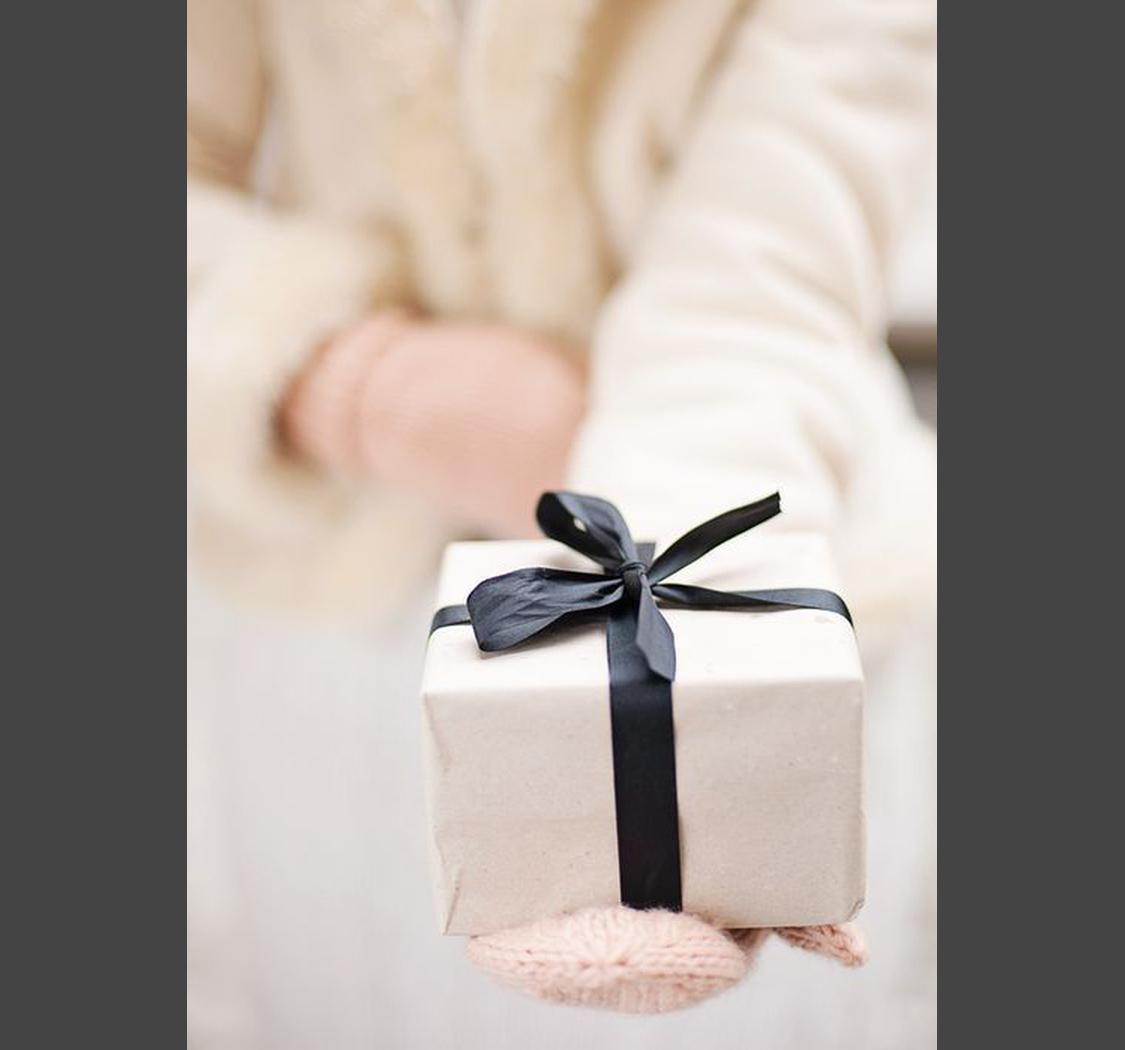 Kelsey had a lot of hobbies. She loved spending time with her friends and cousins and loved to go fishing as well. Her mother knew her hobbies very well but she still had no idea of the birthday present to get for her little daughter. In the end, she came up with a perfect plan and found the best gift that she knew that her daughter would love very much. 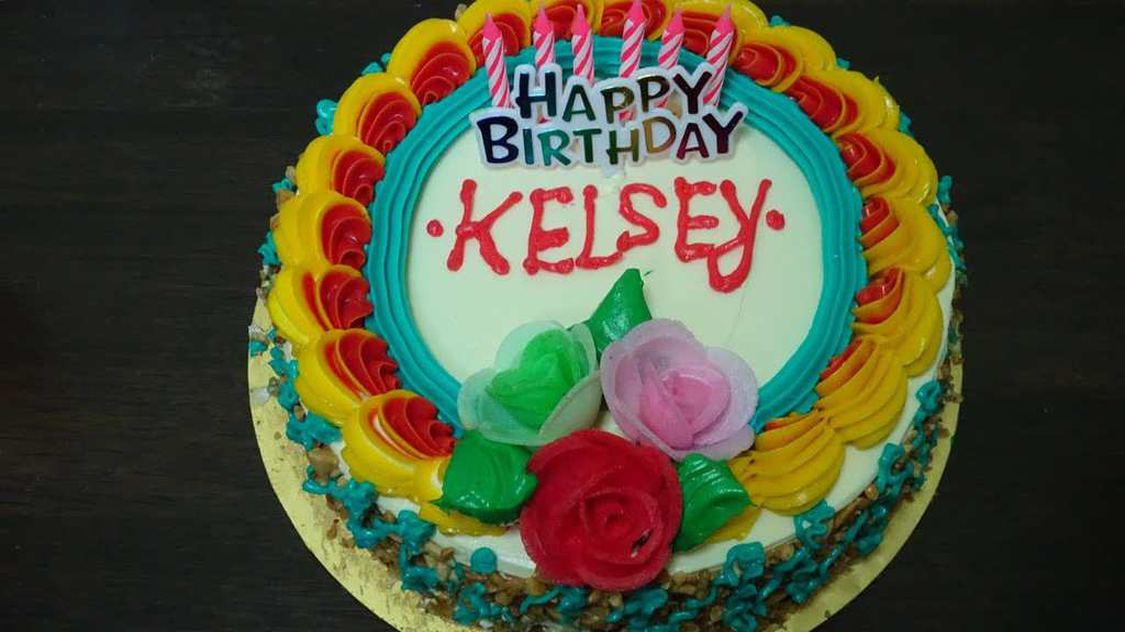 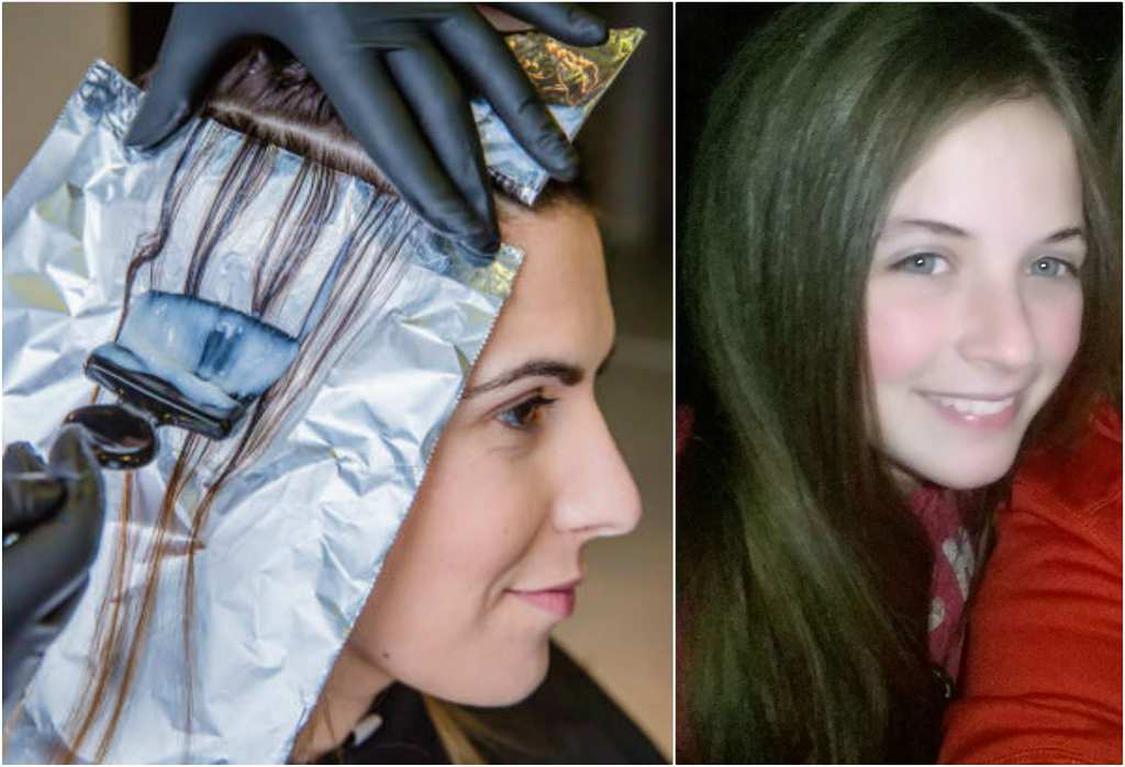 Christin was quite surprised when Kelsey decided to choose her birthday present. As it turns out, there was a little girl in Kelsey after all and she wanted a huge makeover for her birthday. She was bored with her brown hair and wanted to change it. She decided to get blonde highlights as a change. Many people thought that she was way too young for such a drastic change. What do you think?

It Was A Birthday Present 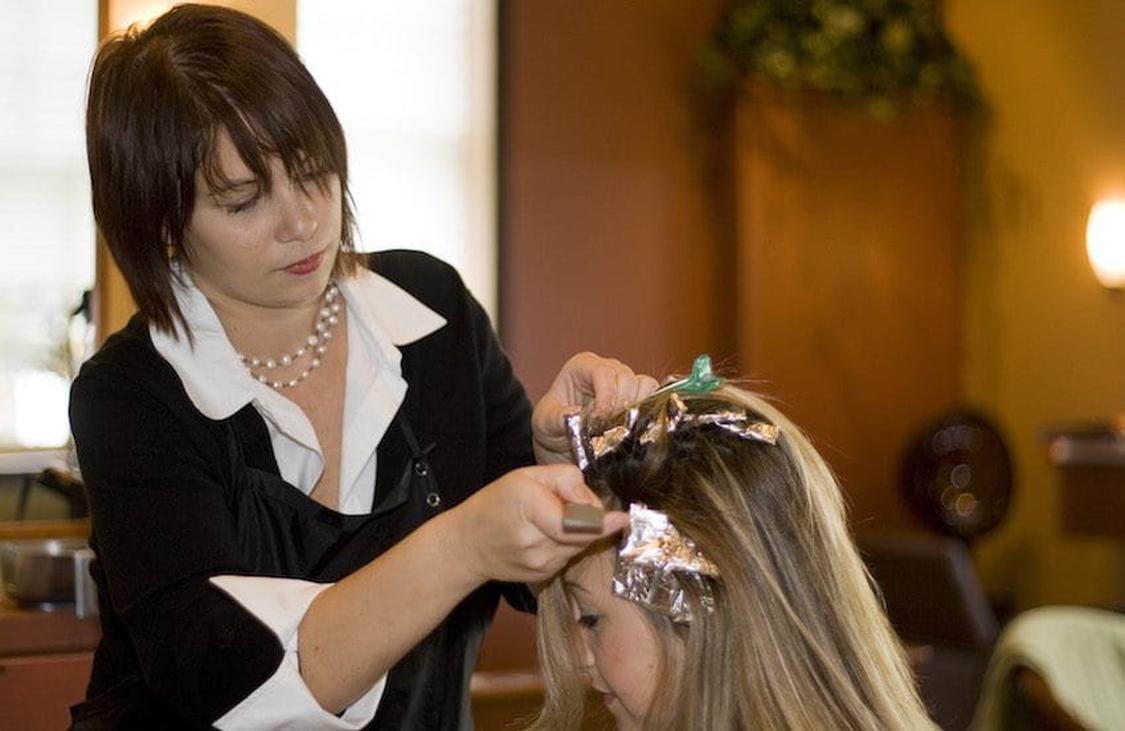 Christin did not expect that her daughter would make such a request. However, it was already too late since she had promised that her daughter could get whatever she wanted. So, she decided to go with it and took her daughter to the salon. It was a good time that they spent together as mother and daughter. They were eagerly waiting for the final results since they did not want to see Kelsey’s hair ruined.

When the transformation was complete, both the mother and daughter were surprised by the result. The highlights were just perfect. Both Kelsey and Christin were very happy with the new hairstyle. Kelsey could not contain her happiness in her and was not at all aware that there was a shock waiting for her.

Time To Go To Her Dad 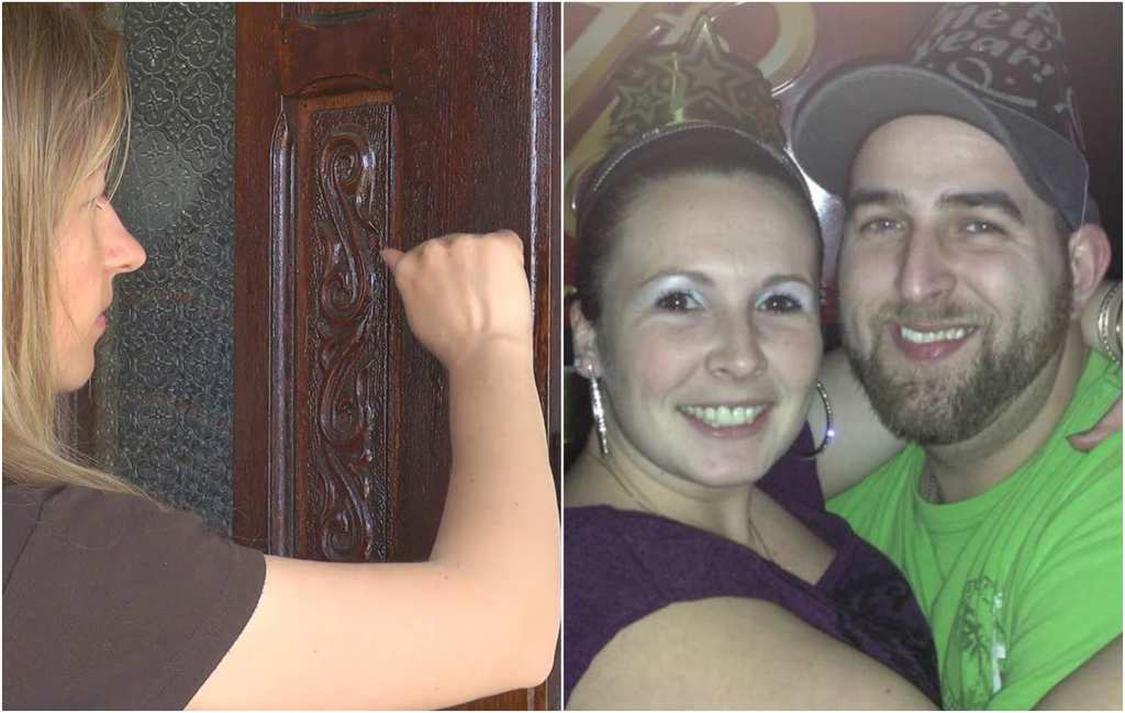 Kelsey had spent the day with her mother and it was time for the second birthday party with her dad. She was all ready to celebrate and receive another gift on her special day. She had no idea that the visit to her father would change her entire life and that her father would ruin her birthday. 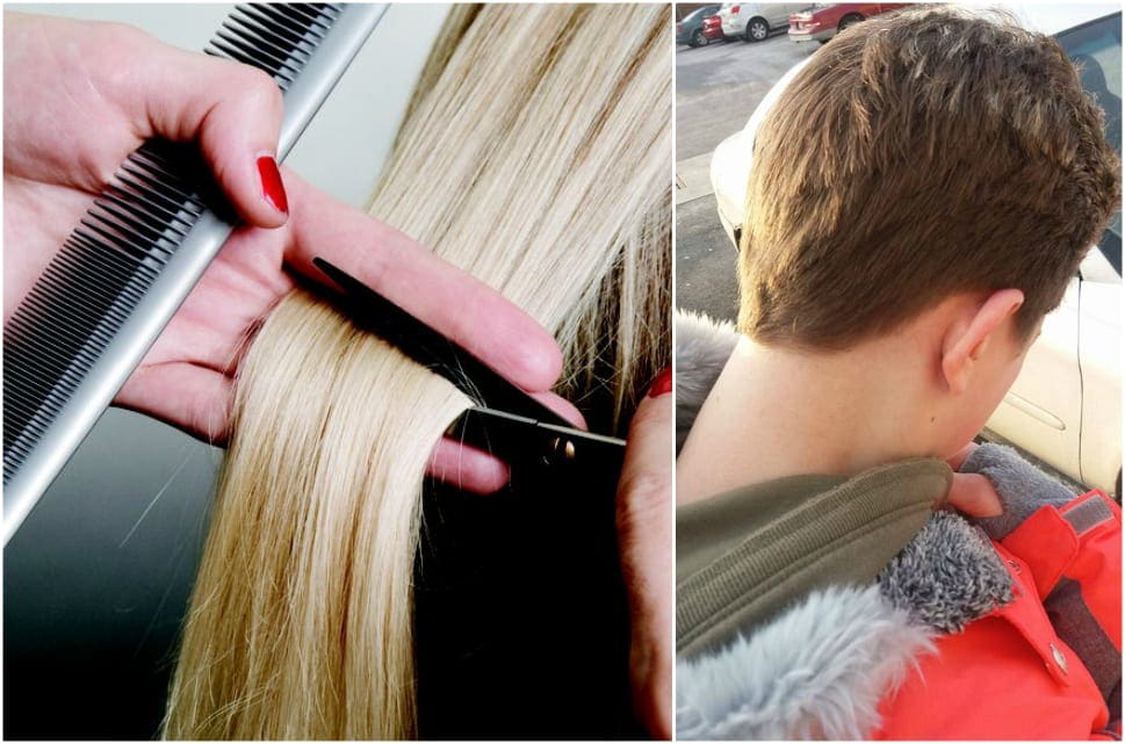 When Kelsey went to her dad, she was a 13-year old with new blonde highlights. However, when she returned, everything was different. Her father, Schaffen, was not happy with her new hairstyle and decided to do something about it. He cut Kelsey’s hair completely. The highlights were all gone and her hair was now short. 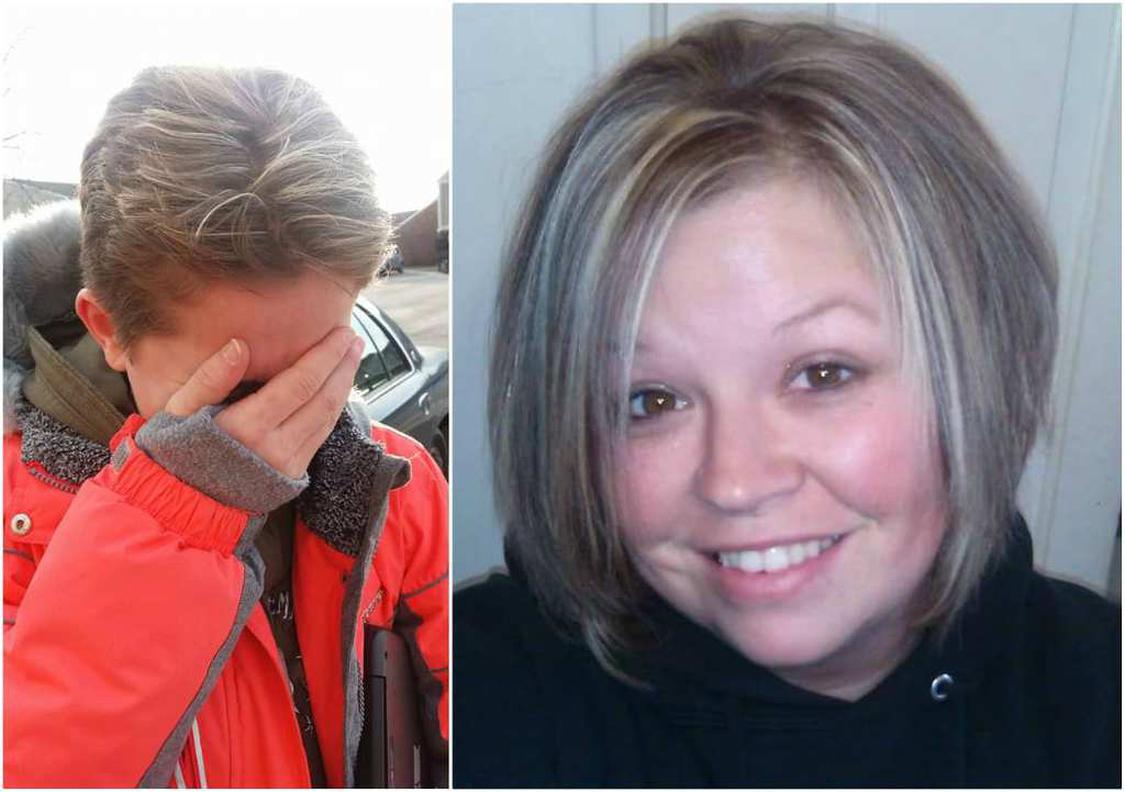 When Christin saw her daughter later that day, she could not recognize her daughter since her hair was all cut short. The new hairstyle was quite terrible and Kelsey was feeling very ashamed of herself. She could not hold back her tears and refused to see her reflection in the mirror. She was in a state of shock and had no idea why her father would do something like that to his daughter.

Kelsey was completely helpless when her dad humiliated her. Her world was completely turned upside down within a matter of minutes and she was suddenly the saddest girl alive. Her birthday was completely ruined and no one in the world could do anything to come to her aid.

Being a mother, Christin was ready to go to any lengths to protect her little one. She was completely furious with her ex-husband and decided to visit him. She was full of wrath and started screaming at Schaffen and his girlfriend. She demanded answers from her ex and wanted to know why he did what he did. 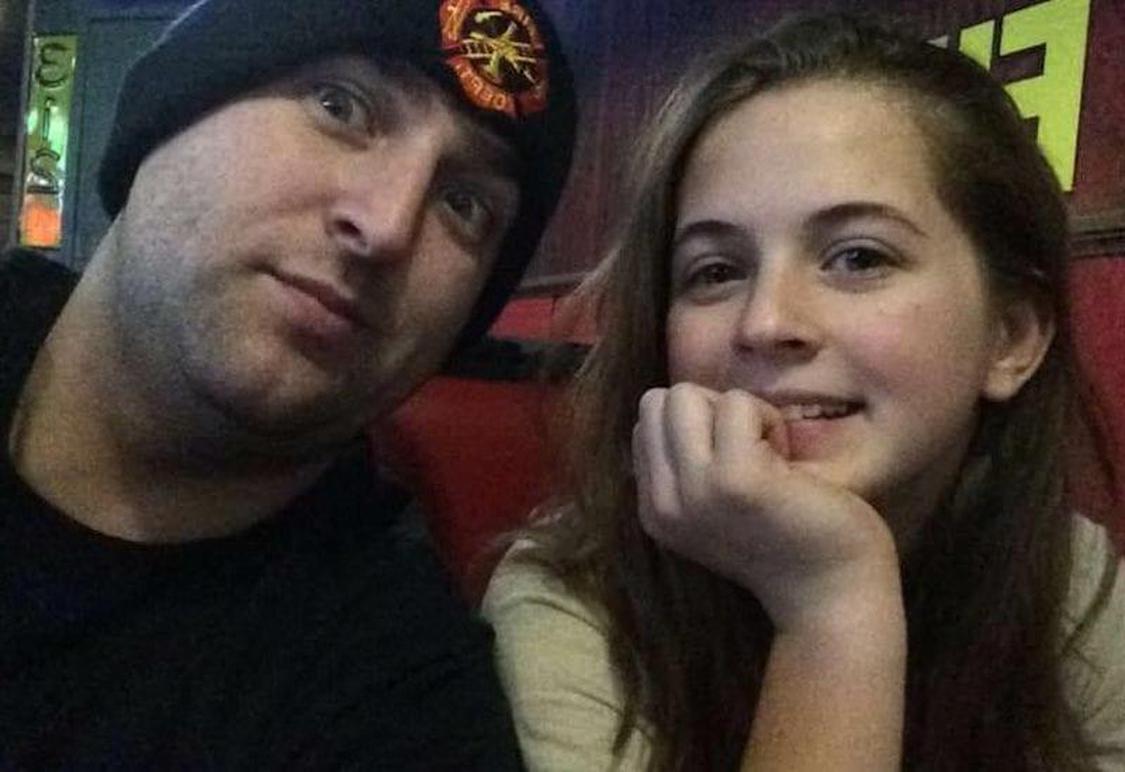 When Christin demanded answers of her ex, Schaffen simply said that he could not stand his daughter’s new hair. He and his girlfriend decided that the actions should have consequences and decided to serve the most brutal punishment to his daughter. 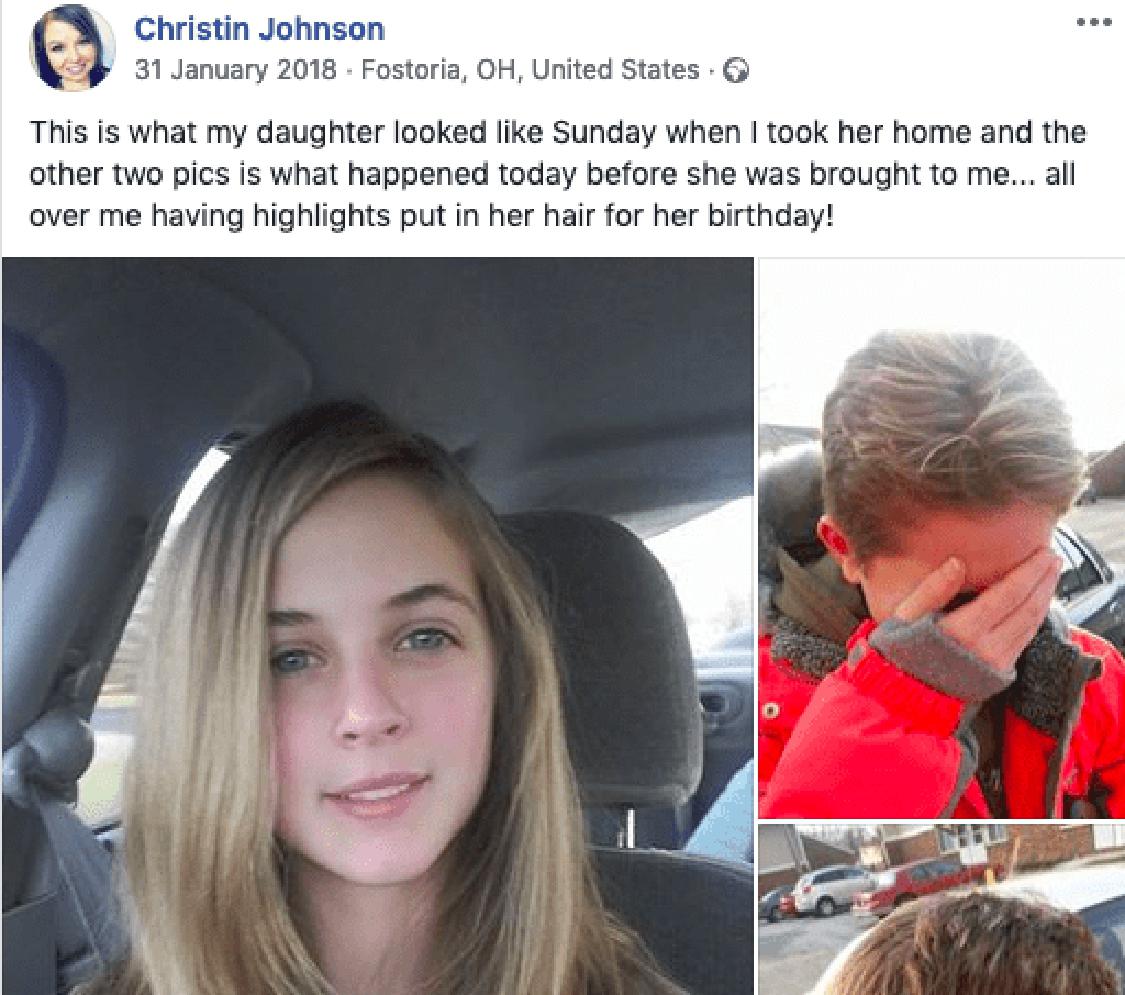 Christin’s mind was blown by her ex-husband’s explanation. So, she decided to cook up her revenge. She publically shamed her husband by posting the above pictures for the world to see online. As she expected, the post went viral. 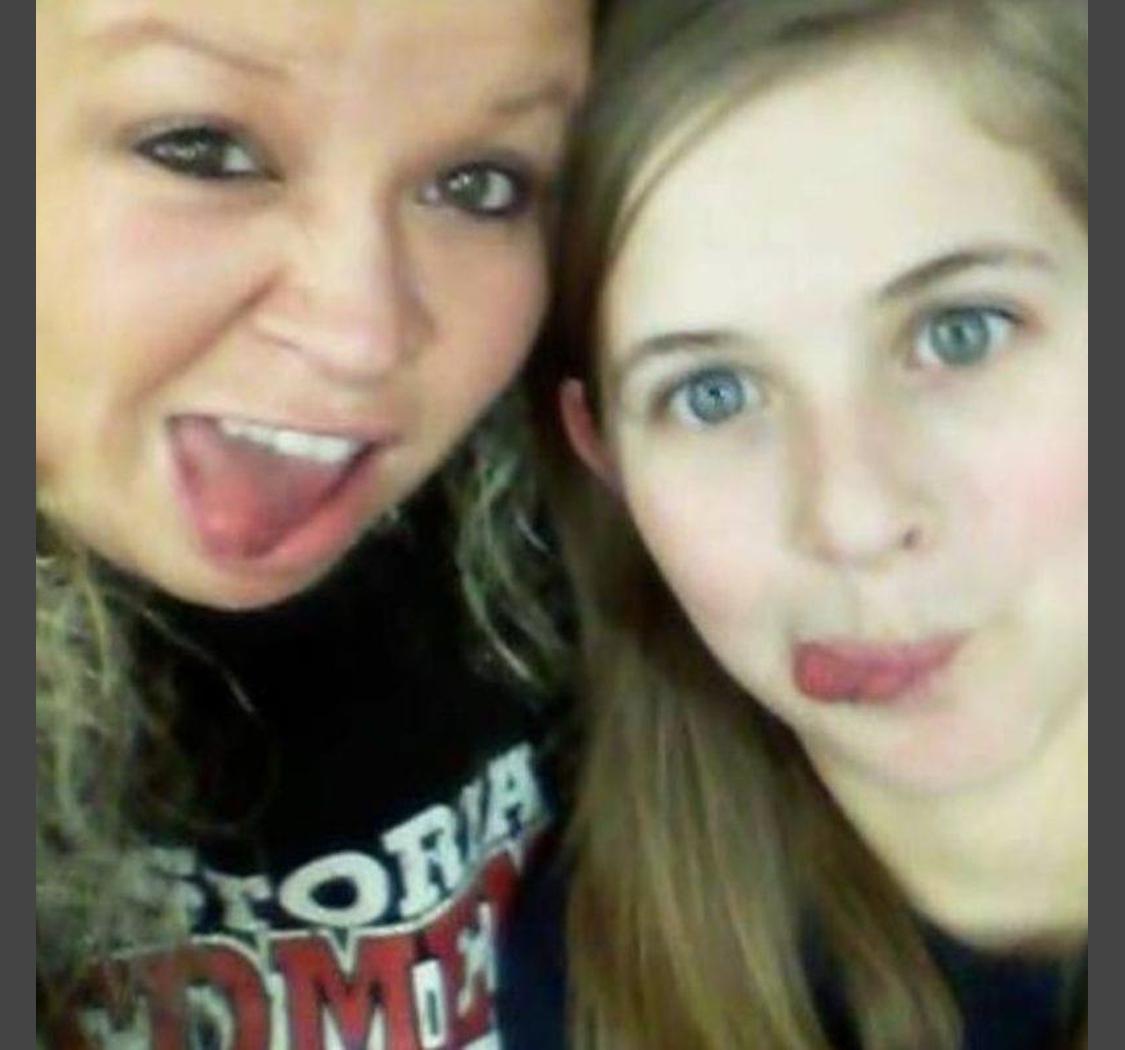 The post went viral. Within a matter of a week, the post was shared more than 24,000 times and had more than 33,000 reactions to it. Everyone on the internet was furious with the situation and the sheer number was too much for Kelsey to handle.

People all across the United States of America came in support for the little girl and her mother. They all were very disapproving of Schaffen’s actions and called him words like ‘disgusting’. The community was coming together and saying that he was very cruel and Kelsey had done nothing to deserve such a punishment. Even with all the support, Kelsey was very sad because the world was seeing the hair that she was hating so much. 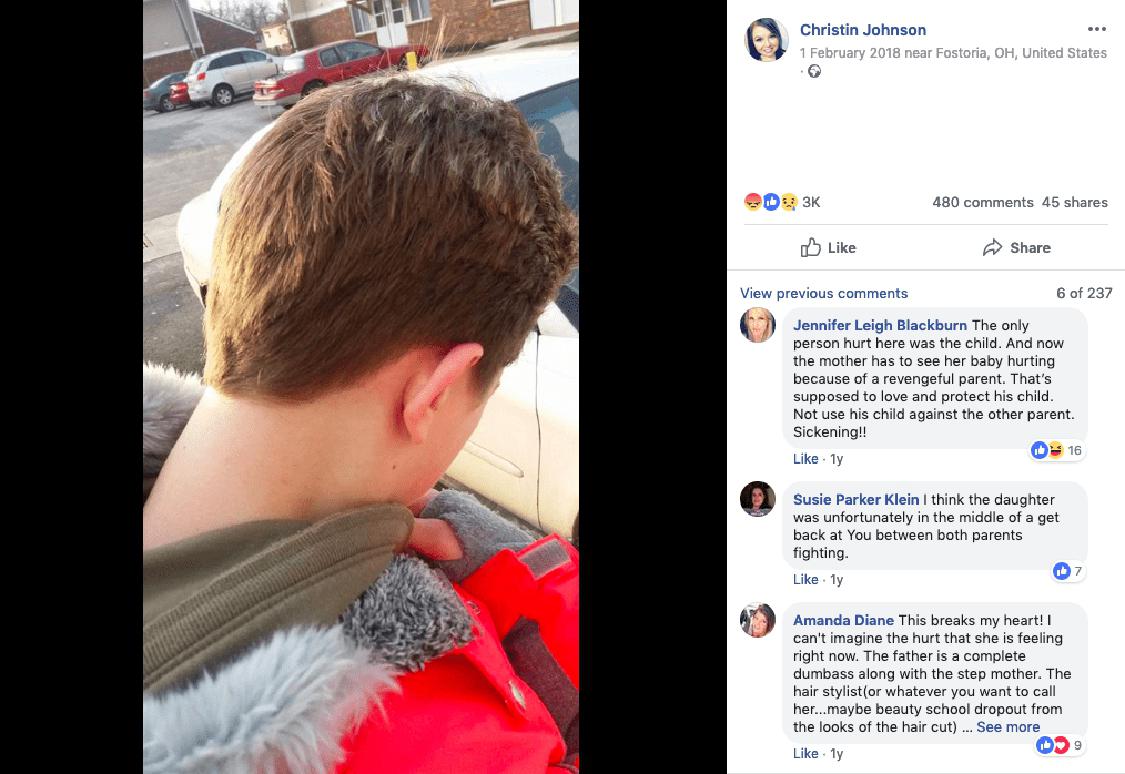 As you would expect, the internet can be a cruel place as well. Many people shared the opinion that Christin was simply using the situation to get back at her ex-husband and that she was using her child to get some attention. While Christin was very hurt to read these comments, she knew in her heart that this was not the case.

Questioning The Present In The First Place

Like we said before, many people thought that the decision to allow her daughter to get highlights at that tender age was wrong. This was a shared opinion among many people who commented on the post. 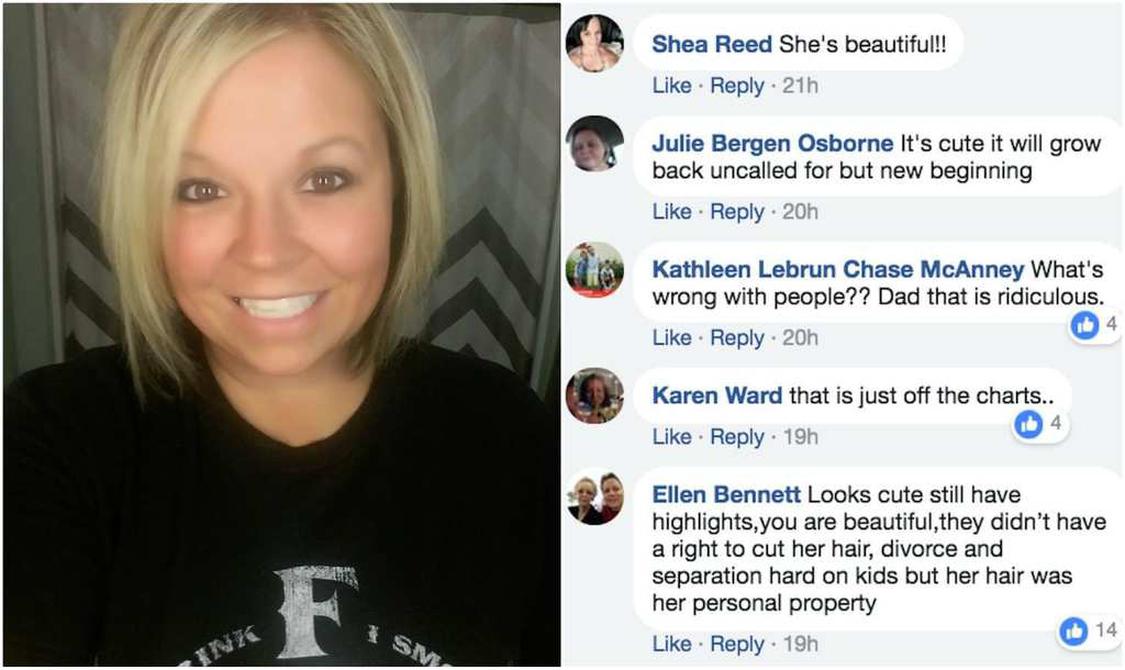 While there were a lot of negative comments, there was an entire horde of the positive ones as well. Kelsey and Christin decided to focus on the positive ones. Many people were coming up with support and solutions from all over the country. Christin decided to help her little one with a step further and made a Facebook page by the name “Team Kelsey”. 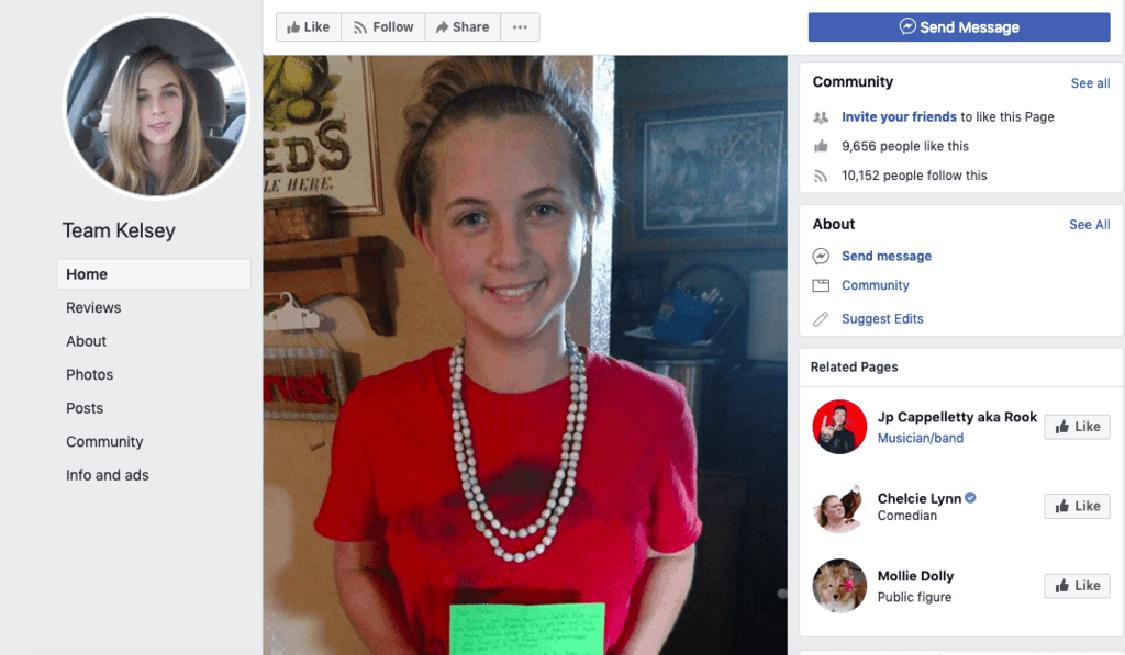 Christin wanted to do more and decided to get the community involved as well. She set up a GoFundMe account so that everyone could pitch in as much as they wanted for a new birthday present for Kelsey. It took a few weeks but Kelsey was finally able to go out and hang out with her classmates. Little did Kelsey and Christin know that there was another situation just waiting to happen. 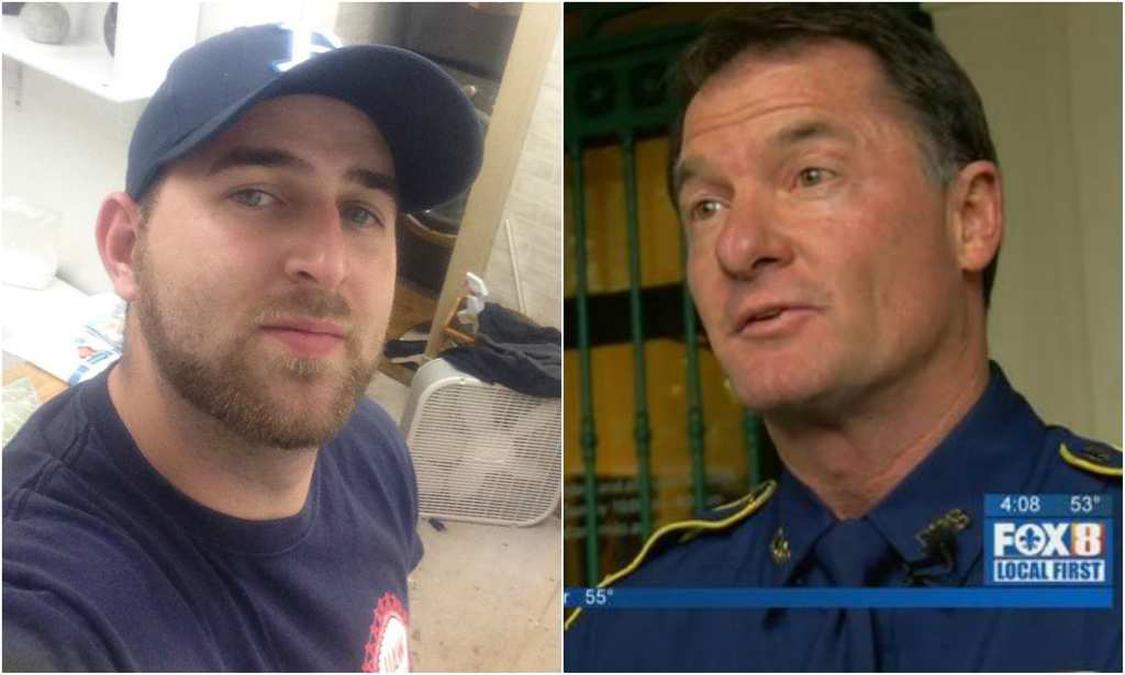 One day, there was a knock on the door and it turned out to be the police. Someone had filed a report for parental abuse and the policeman said that this was quite a unique case. He also said that he was on his way to Schaffen’s house and that he and his girlfriend were both suspended from the fire station and placed on “Administrative Leaves”. 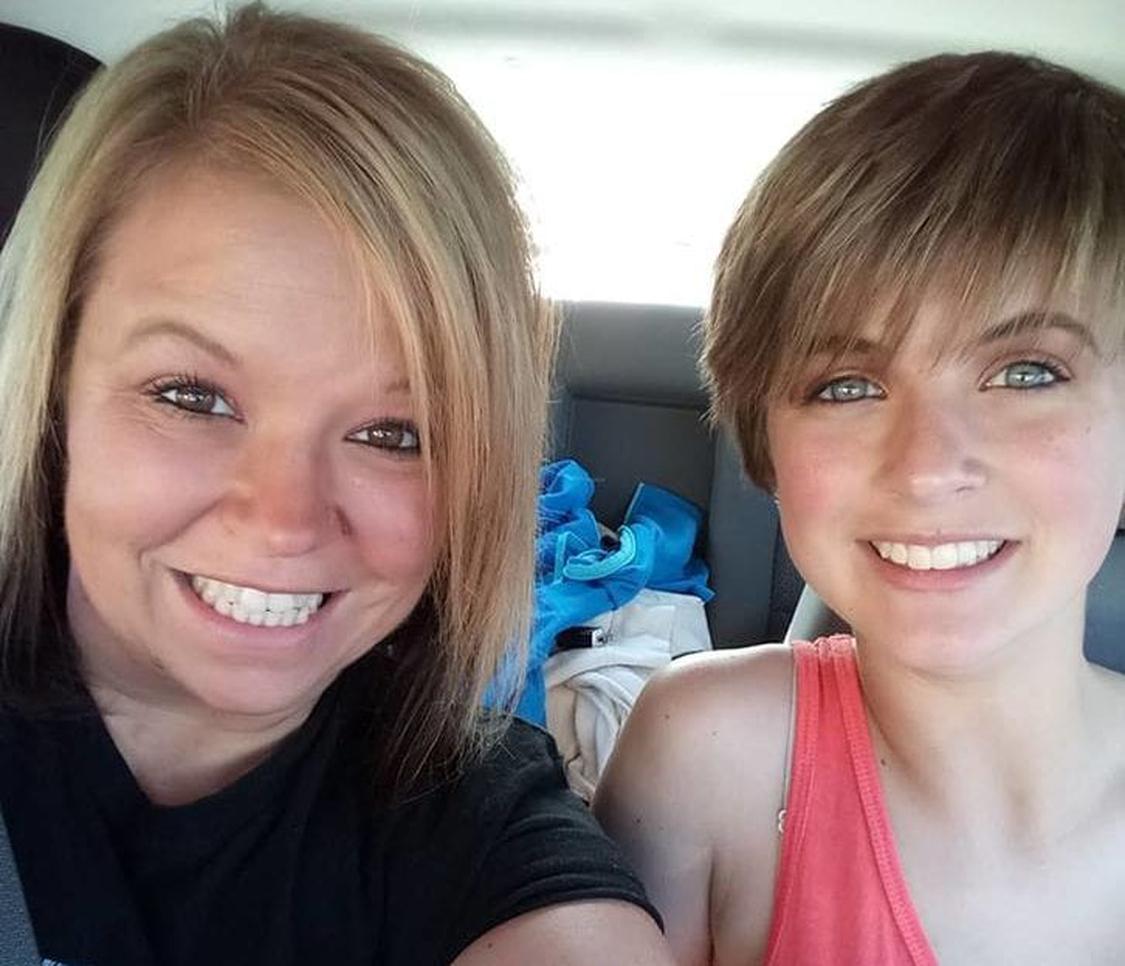 After this happened, Christin got full custody of her daughter and did not want her daughter to have anything to do with her father. Kelsey did not want to see her father again but she needed to get some things that were over at her father’s house. Her aunt, Kellly, decided to help her out. Another GoFundMe account was set up so that Kelsey could buy some new stuff. This account raised over $3,000.

The Godmother Came In To Help Too 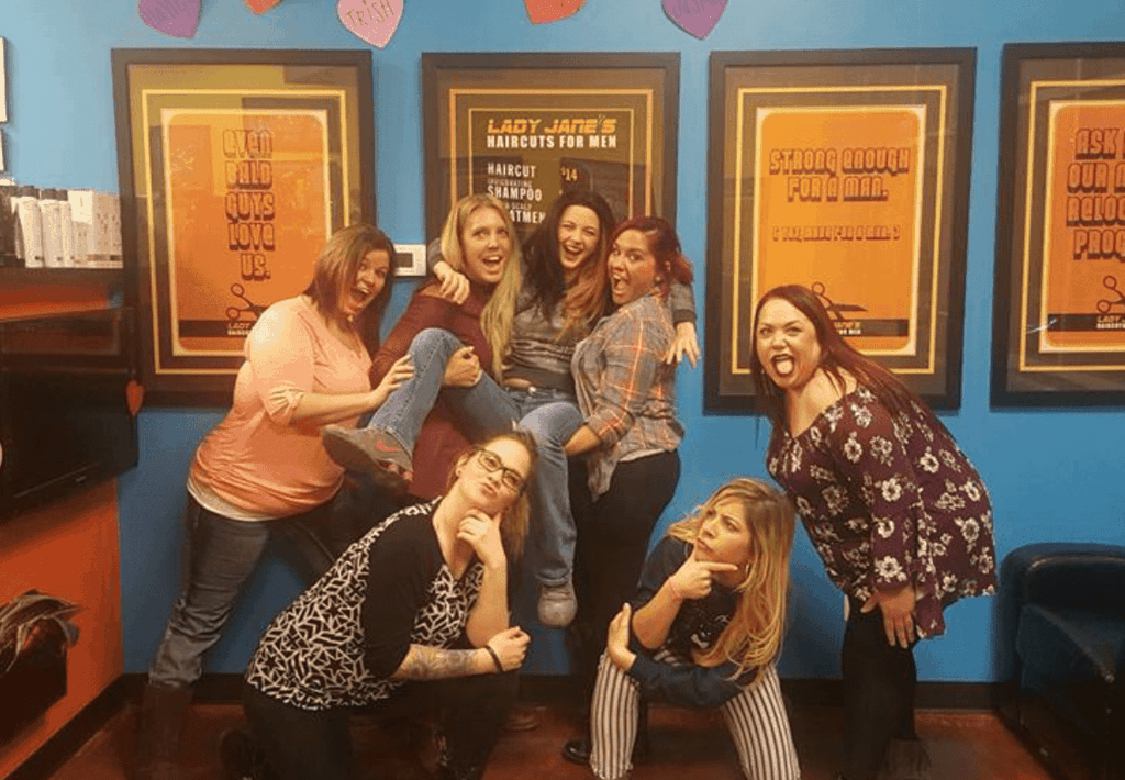 Kelsey wanted to move on with her life and wanted to get something done about her hair. She returned to the salon and everyone there had already heard what happened and were waiting to help her. Haylee Ann was already there and had organized a surprise for her goddaughter. 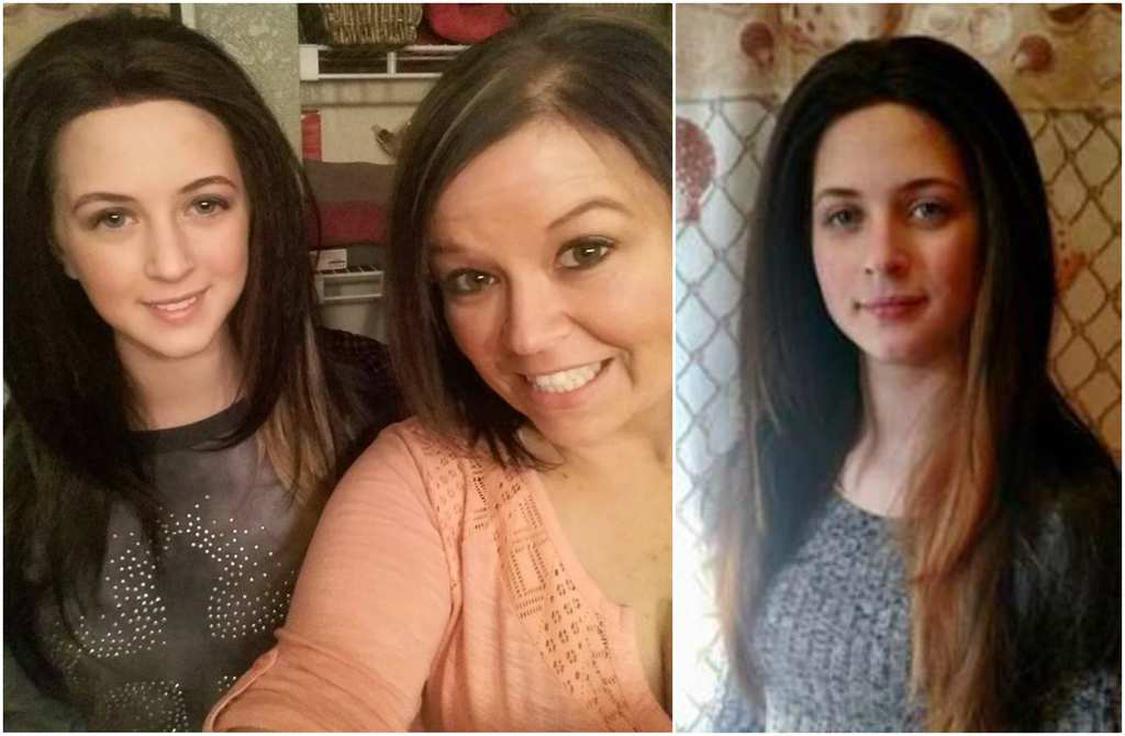 Kelsey was given many choices but she decided to go with a wig. Everyone was very happy with the result and the 13-year old was finally able to bring herself to smile again. They kept their online friends up to speed, and everyone knew that the girl was going to be just fine.

This was quite a traumatic experience to have at such a young age and we hope that no one has to face such a situation in their lives. This story is one of motivation and a reminder that every parent should treat their children with dignity.